Planning a Vacation to Puerto Rico

The Island of Puerto Rico

Like Hawaii, Puerto Rico is more than one island. It is not a state but a territory. The people of Puerto Rico have had an increasing interest in converting Puerto Rico from a territory to the 51st state of the United States. The President also reflected the desires of the Puerto Rican people to become a state in his suggestion to Congress to consider it, in December of 2012.

The Taino people, the indigenous people of Puerto Rico, were all but wiped out after the arrival of Columbus and other Europeans, from conflict, enslavement and from illness brought to them by foreign influences. Slaves were brought from Africa and settlement made by persons from various European countries over the centuries. After hundreds of years, the multiple cultures have resulted in a strong, resilient, and passionate people. Today, Puerto Ricans have a strong sense of their culture and great pride in the USA. 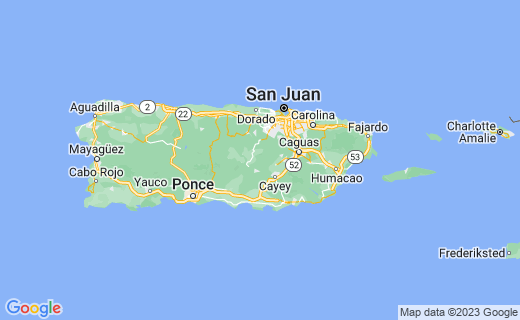 Where Is Puerto Rico?

This island is a compilation of islands. There is the main island called Puerto Rico, with local nicknames. Then, there are the smaller islands, each with their own names: Vieque, Culebra, and Mona. A part of the United States, Puerto Rico is located in the Northeast corner of the Caribbean east of the Dominican Republic and west of the US Virgin Islands. It was acquired by the United States Government when Spain lost Puerto Rico in her defeat at the end of the Spanish-American War.

From ancient times to now, the people of Puerto Rico are from a vibrant culture, full of music and dancing, excellent cuisine and carnivals . Historical sites are full of one of a kind experiences. Additionally, Puerto Rico is a lesser priced island location, compared to the other Caribbean choices. You can get more bang for your buck without skimping on beautiful beaches and historical value. 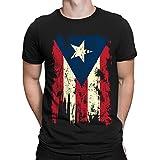 When To Travel To Puerto Rico

The rainy season is during the summer season so going during the summer months (June, July, August) is not the best choice but may get you the best "off season" rates. However, the best weather happens between April and June. Puerto Rico, being located in a tropical zone has a temperate climate that stays fairly constant, with very slight changes. The temperature is generally in the 80's any time of year but June tends to be the hottest month annually, in the high 80's.

Where To Visit In Puerto Rico

Here are a few historical sites to wet the appetite:

Here is a short list of the area beaches: