The San Diego Zoo in Balboa Park, San Diego, California is one of the largest zoos in the world and is known for its pioneering work in preservation of endangered species and fight against global warming. With over 4000 animals of more than 800 species, it is one of the few zoos that houses the giant panda. The zoo offers a guided tour bus and there is an overhead gondola lift Skyfari, that is great for aerial views of the zoo. Elephant Odyssey , Polar Bear Plunge, Panda Research Station, Monkey Trails and Forest Tales, Ituri Forest are some of the highlights in the San Diego Zoo. Open every day of the year, San Diego Zoo ticket prices are $35 for adults and $26 for children 3-11 years old. 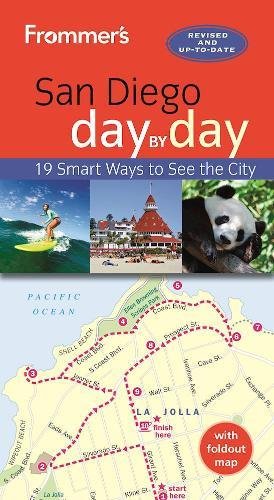 Open every day of the year. San Diego Zoo is open even during the holidays.

The San Diego Zoo also operates the San Diego Zoo's Wild Animal Park, which displays animals in a more expansive fashion than at the zoo. Animals are regularly transferred between both parks, as well as other zoos around the world.

San Diego Zoo Elephant Odyssey
Elephant Odyssey is opening on May 23, 2009 at the San Diego Zoo. The main feature of the exhibit is the 2.5-acre habitat more than 3 times the size of the Zoo's former elephant exhibit. The herd includes one male and six females and blends the Zoo's herd of one African and two Asian elephants with the Wild Animal Park's four Asian Elephants. The ancient life represented include the Columbian Mammoth, the saber-tooth cat, the American lion, the Daggett's eagle, and the Giant Ground Sloth. Elephant Odyssey's other animal exhibits include African lions, jaguars, camels, horses, rattlesnakes, etc. 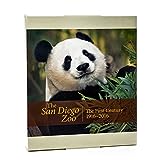 Zoo accidents don't happen often, but when they do, it makes big news. It is an eye opener about how dangerous carnivores animals like tigers and lions can be. Boris, 16 year old syberian tiger at 450 pounds, is a big draw of the local zoo. There was a tiger attack at the San Francisco zoo, but does not stop visitors from visiting the San Diego Zoo's tiger. Zoo attacks are extremely rare and it is safe to visit these big cats in person.

Have you been to the world famous San Diego zoo?