St. Petersburg, Russia: A HubPages Guide To the Venice of the North

Land of the Firebird: The Beauty of Old Russia
Buy Now

I've been fascinated by Russian culture and literature since I was a young ballet student dreaming of the Kirov and Bolshoi.

Alas, my dreams of ballet stardom were not to be, but I was lucky enough to study abroad in the beautiful city of St. Petersburg, Russia during the autumn semester of my junior year of college.

St. Petersburg (Санкт-Петербург) was founded by Peter the Great in 1703 and was the capital of the Russian empire for more than 200 years, until the Russian Revolution. It was known as the "Venice of the North" because it was built on a series of canals and islands at the mouth of the Neva River.

A number of hubbers have written personal accounts of trips to St. Petersburg:

The Bridges of St. Petersburg is a guide to some of the more than 300 beautiful bridges crisscrossing the city. These range from small foot bridges to multi-lane traffic bridges. In summer, when the Neva isn't frozen over, some of the main bridges are raised at night to allow ship traffic to pass through. Watching them rise is a favorite pastime of both locals and tourists, but be sure to watch from the side of the river you need to be on or you could get stuck!

Top Romantic Places To Visit in St. Petersburg, Russia is a guide to some of the most romantic sites of the city.

The Museums of St. Petersburg

There are hundreds of wonderful museums in St. Petersburg. The most famous is the Hermitage, often named the finest art museum in the world. Located in Catherine the Great's magnificent Winter Palace, the Hermitage is home to more than 3 million works of art, of which only 5-10% are on display at any given time.

The highlights include the collections of Italian, Flemish, Dutch, Spanish, and Impressionist art. One of my personal favorites was the gorgeous Peacock Clock located in Pavilion Hall. Although it can be difficult to get in to see, I also can't recommend the incredible collection of Scythian gold in the Golden Rooms Special Collection highly enough.

For more about the Hermitage, see The Top Ten Museums in the World: #1 - Hermitage or Russia's State Hermitage Museum in St. Petersburg.

Though it is often overlooked by foreigners, the nearby Russian Museum in Mikhailovsky Palace is home to one of the two finest collections of Russian art in the world, and should not be missed either.

In addition to these two wonderful art collections, there are museums for just about any topic you can imagine in St. Petersburg, from the Arctic & Antarctic Museum to the Museum of Political History to the GUVD (police) Museum to the Geological Museum and more!

History lovers should consider a trip to the Blockade Museum, which documents the nearly unimaginable tragedy of the 900 day Siege of Leningrad during World War 2. As many as 30,000 people died every day during some periods of the siege, mainly from starvation and disease. The total death toll reached more than 1,500,000 soldiers and civilians. Damage from shells and bombs can still be seen on buildings in some parts of the city, a daily reminder of the tragedy, which remains seared in the memories of those who lived through it or knew those who did.

The Performing Arts in St. Petersburg

St. Petersburg is home to the world renowned Kirov Ballet, which performs at the beautiful, historic Mariinsky Theater. St. Petersburg is also home to fine opera companies, theaters, symphonies, and other performing artists.

Inexpensive events calenders are available for purchase at many tourist kiosks around the city.

St. Petersburg has been home to many of Russia's greatest authors and poets, and there are many museums, memorials, and other monuments to Russia's brightest literary stars around the city, including the Akhmatova House Museum, the Blok House Museum, the Pushkin Flat Museum, and more.

The Dostoevsky Museum in St. Petersburg is one hubber's personal account of her visit to the Dostoevsky Museum. Dostoevsky's novel Crime and Punishment, in fact, was so steeped in the geography of his city that it is possible to trace the route of the murderer Raskolnikov! Guided "Crime and Punishment" tours are available, or you can trace the route by yourself with the help of a guidebook.

The Palaces of St. Petersburg

There are five main palace/parks outside the city that are worth visiting:

Three Days in Pavlovsk is a personal account of my trips to Pavlovsk, one of the lesser known palaces outside the city. 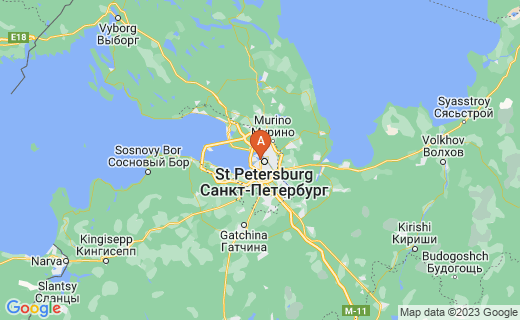 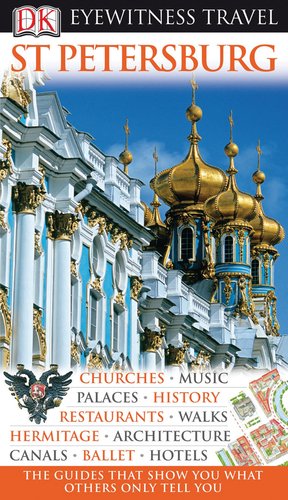 The HubTrail is an attempt to collect great travel-related hubs written by local residents or frequent visitors to highlight lesser known attractions and create a HubPages tour of the world.

For more information, please visit Hubtrails - What you need to know!

Not a member of HubPages? It's free! Sign up and come join the fun!

If you have a travel hub about St. Petersburg, Russia that you would like me to add to this capstone, please add the following tags and drop me a line in comments below with a link to the hub. Only relevant, high quality hubs will be added.