Africa is a beautiful land created by God. It is formed with 54 official capital cities and a couple of disputed territories. South Sudan is Africa's newest country, officially born on July 9, 2011.

I have written about Africa since Africa is my destination and because Africa is honored here in Puerto Rico for our African roots. This hub came to birth from 2 Chronicles 9:1 that says: "When the queen of Sheba heard of Solomon's fame, she came to Jerusalem to test him with hard questions. Arriving with a very great caravan--with camels carrying spices, large quantities of gold, and precious stones--she came to Solomon and talked with him about all she had on her mind." Sheba was located in Ethiopia and as I read about it I decided to search more about African tribes.

I found a list that included over 7400 tribal names from Africa. I also found another place that said that Africa has at least 3,000 distinct ethnic groups. Nigeria is a large country and more than 370 tribes are recognized.

From all the tribes I was finding, I decided to share from A to Z those that informed about:

I will share in this hub The Ababda tribe, I hope you enjoy them as I have.

Who are the members of the tribe?

Desert African "Arabs" nomads of Hamitic origin; from the five northernmost Beja tribe; most of them settled since the 1920s. They call themselves "sons of the Jinns".

Their chief settlements are in Nubia. Eastern Desert in Egypt, east and south of Luxor. 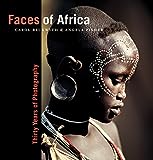 The Ababda employ themselves in agriculture. Some of them are found in camel markets, or boatmen and fishermen in the Red Sea. Other men collect wood to turn into charcoal. Charcoaling has become increasingly important as their herds continue to grow smaller.

They live principally on milk and durra (a sorghum), the latter eaten either raw or roasted.

Characteristics that define their diversity

Indifferent toward material things, deep respect for nature, are self-sufficient, hospitable and demonstrate tribal solidarity. Many of their utensils and fashions are exact copies of relics found in the tombs of Pharaohs.

The Ababdas play tamboura. The instrument has a round, square or triangular body mostly made by carved wood. It has cords which are often from metal. You will be able to appreciate it in the video to the side.

This tribe needs our help

"So the LORD will make himself known to the Egyptians, and in that day they will acknowledge the LORD. They will worship with sacrifices and grain offerings; they will make vows to the LORD and keep them". (Isaiah 19:21)

I want to meet this African tribe named the Ababda; know their story as they receive us with their ritual dance. Taste their ritual serving of thick, ginger flavored coffee called Jabana. Sing and dance with them the sword dance as the music from the tamboura moves our spirit in honor to our Creator, Lord and Savior.

Stay tuned for the next African tribe. Blessings to all!