You arrive in Australia after a long flight, jet lagged and slightly irritated only to find that the rental car agency gave you a faulty car. The steering wheel is missing! How odd. Once your initial surprise evaporates, you are finding the lost object on the passenger  side. That’s when the penny drops, Australia isn’t called “down under” for nothing. You have to get accustomed to quite a few strange things around here, especially when it comes to road hazards.

Drive on the left side of the road

Now you realize that the odd steering wheel arrangement is actually here to remind you to drive on the left side of the road.

Safety tip: Avoid rush hour traffic and busy tourist routes until you get your bearings. Never drive when you are distracted or tired. Hire a chauffeur when you visit the wine growing areas.

Slow down, after all you are on holidays. Kangaroo road kill is a common sight, especially in the outback. Kangaroo meat (the farmed kind) is available in most supermarkets. It’s actually quite tasty (kind of gamy), low fat and loaded with iron (don’t overcook it or it will get tough). The average Aussie wouldn’t be seen dead eating “Roo” . Reminds them to much of road kill.

Safety tip: Avoid driving around dusk and dawn. Kangaroos are stupid animals. Instead of running away from you, they usually hop around back and forth, in a totally unpredictable way. Kangaroos quite often travel in groups, so if you’ve just barely missed one, the danger is far from being over.

You will never forget your first encounter with a road train. You see a dust cloud appear on the horizon, the earth starts trembling and when the big monster finally rumbles past you, you get sucked into the abyss (or so it seems). I am talking from experience here: The suction was so big that the rubber and metal trimming around our vehicle’s windshield got sucked right out of the frame and disappeared off the face of the earth. A rather costly and complicated replacement, I must add. Just when you think it can’t get any worse, it does, as the experience magnifies when there is a strong headwind.

Due to its huge size and remoteness, Australia has the largest and heaviest road-legal vehicles in the world, with some configurations topping out at close to 200 tonnes. Triple (three trailer) and AB-Quad road trains have a max. combined length of 53.5 m (176 ft). The Australian national heavy vehicle speed limit is 100 km/h (62 mph), except in NSW, Queensland and South Australia, where the speed limit for any road train is 90 km/h (56 mph). Triple road trains mainly operate in the outback and are allowed in western New South Wales, western Queensland, South Australia, Western Australia and the Northern Territory. The last three states also allow AB-Quads (3.5 trailers). Darwin is the only capital city in the world where triples and quads are allowed to within 1 km (0.62 mi) of the central business district.

Safety tip: If you see a road train approach, make sure that you are on the left side of the road (remember paragraph 1)! Immediately slow down and if possible, pull over to the side of the road (watch out for soft shoulders). Road trains never slow down (jackknifing danger), so even if you’ve just survived a kangaroo encounter, don’t push your luck here! If cycling, say a quick prayer,hop off and run for your life. 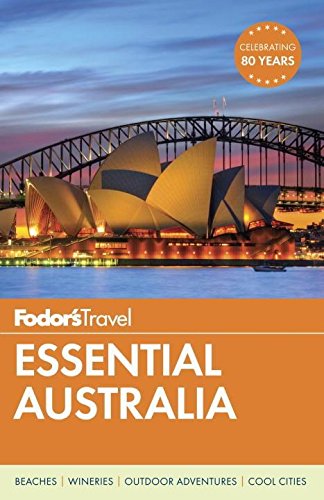 If a sign tells you that the next shop is in 1’000 kilometres, then you better believe it, Mate!

Safety tip: Know your route and make sure that there are gas stations along the way. For overland trips it’s safer to bring a jerry can of fuel, plenty of extra water and some snacks. Check that your vehicle is in good nick (especially the tires and radiator). Better safe than sorry, the only thing you might encounter out there is road kill, road trains that won’t stop and plenty of flies. Before opening your mouth to take a bite of your sandwich ensure that your head net is securely in place to avoid suffocating on unintended fly meat.

If I told you that probably the most dangerous road in the whole of Australia is a straight one, you wouldn’t believe me.  However, we are talking of the Red Continent’s longest straight stretch of road (90 miles, 146,6 km). It’s not only dead straight, it’s also as monotonous as hell. All you see is sand, brush and road kill and to make matters worse, it’s blazing hot. The combination of long distances, heat and monotonous country can be fatal.

Safety tip: Have a break and a stretch before you enter the straight road and make sure that you are not in standby or sleep mode.  This is also a good occasion to relieve the pressure on your bladder behind a bush, remember, people can see you for 90 miles straight!

I’m not kidding when I tell you that we were stuck for over a week because our vehicle didn’t have a snorkel. Australia is generally an extremely dry place, so there is no need for expensive culverts and high-tech drainage. Most roads hug the contour of the land so if it rains, the roads get flooded, sometimes for weeks or months. That’s when a 4 WD fitted with a snorkel comes in handy. If you don’t have local knowledge you shouldn’t even attempt it with a snorkel. Tourists have been trapped on the roofs of their rental SUVs with crocodiles circling them, not a nice thought.

Safety tip: Make sure that you are up-to-date with the latest road conditions and that if equipped, your snorkel does not have any leaks. After heavy rain falls check with the local Crocodile Dundee if it’s safe for you to drive (never ask a tourist). As a rule of thumb, the further North you travel, the more the risk of flood increases. Never even think of traveling to the Northern Territory by road in Summer (rainy season). That’s when half of the territory is under water.

Probably the biggest nuisance, one that virtually makes your head go through the roof, are speed bumps. You will find them in built-up areas all over Australia along with the ever so present black tire marks called “wheelies”. Speed bumps and traffic circles are the Aussie way of dealing with “Hoons” (young irresponsible drivers). The Government of New South Wales has taken an even stricter approach. Hoon vehicles will get confiscated and crushed by the police. A video of the process will be posted online, for everyone plus the owner of the car to see. “Dad, did you know that your Mercedes is on youtube”? Ouch...

Safety tip: Never engage in any road races or stunts, especially in New South Wales and watch out for speed bumps.

Other survival articles by Novascotiamiss