In 2010 money was tight and hard to come by for most people and where they chose to go on vacation was dictated by the cost of the flights, accommodation and of course the cost of living in the country they were visiting.

Travel companies aware of the financial crisis lowered prices to accommodate their customers needs making vacationing to exotic locations affordable to the masses.

In 2011 this trend is set to continue with travel companies competing for every penny that they can get from holiday makers who are looking for the best deal that they can find on their limited budgets.

The Top Travel Destinations of 2010 chosen by customers were relativly inexpensive in comparison to past years and this trend continues into 2011. 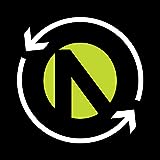 UK holidays are at their peak and this trend is set to continue for some time to come.

Holiday camps as Butlins, Haven, Pontins and CentreParcs have been welcoming many more Britains through their gates.

Top Tip ( Be sure to visit the supermarket before you travel as the prices charged in the camps can be astronomical, that includes alcohol)

Ibiza has always been a popular destination with tourists from the 18- 30s crowd, to couples with young families the island also caters to the elderly and disabled.

Ibiza's Night clubs are considered the best in the world and more often than not you will find some of the worlds most popular DJ's spinning their own personal music mixes for the young free and single visitors.

In contrast a lot of the island is more sedate Playa Den Bossa for instance is more suited to familiy visitors with a great sandy beach to relax the day away a short walk away is Ibiza old town steeped in a very interesting history, water parks and a short coach ride or boat trip will find you travelling to ES Canar home of the world famous Hippy market.

Bulgaria makes the top ten list for the 3rd year in a row simply because it still has its own currency rather than the Euro and prices remain cheaper than most other European destinations because of the great exchange rates.

is among the most prestigious Bulgarian Black Sea resort, more than 6 km long and up to 150 m wide with fine golden sands.

The resort has tennis courts, swimming pools and water slides, bowling, a mini golf field, a stable with horses and riding instructors; several big commercial centres have been built Clubs and pubs, there is a summer open-air theatre seating 1000.

Benidorm has always been a popular tourist destination since the 60's and its popularity has grown again over the past couple of years over 5 million people visited Benidorm in 2010.

Benidorm attracts visitors from all over Europe and is an extremely family orientated resort with something for everyone.

1960s when Benidorm was no more than a small fishing port centred on a domed church next to Plaza del Castillo.

Today Plaza del Castillo is called Placa del Castell thanks to the growth of the Valencian language.

The same church remains on its rocky peninsula surrounded by an unbelievable number of hotels, apartment blocks, bars and restaurants that a visitor could be forgiven for believing they were in Las Vegas rather than on the coast of Spain.

Paris France the most romantic city in the world a city steeped in history art and culture and always a popular destination for world travellers.

Paris in recent years has grown in popularity with family visitors thanks to its close proximity to Euro Disney there is now something for every one to do from sightseeing to visiting the city's popular night clubs and of course romance is never far away for couples young and old.

Disney makes paris the ideal family vacation its time for the children during the day and in the evening Mom and Dad can enjoy the romance of the beautiful city.

Sharm El Sheikh in Egypt is proving even more popular this year climbing 3 places from number 8.

Sharm El Sheik is a luxurious destination where the average star rating for accommodation is an imperessive 4 stars.

There is a multitude of activities for everyone from visiting the famous pyramids, going on a camel ride, sailing down the nile, relaxing at the pool or on a beautiful sandy beach.

Visitors from all over Europe flock to the home of Mickey mouse and friends every year and in 2011 Orlando Florida will prove to be a popular choice once again.

It may be an expensive holiday to book costing almost double the price of an average European holiday but more and more people are realising that the cost of living in America is very cheap compared to where they come from so that although you spend more to get there your spending money goes a lot further.

Of course Florida has something for everyone from the themeparks, to excellent shopping trips, the everglades are a fantastic way to get back to nature and maybe you will meet an aligator or two. relax on a sunny beach or if you fancy something different why not book a fishing trip and see if you can catch the elusive marlon.

Mexico is glorious a country with a great sense of freedom, wonderful food and terrific beaches. If you’re into your water activities, there’s great diving, sailing and deep sea fishing to be had. Banderas Bay is a particularly good spot for that, and there are plenty of other incredible landmarks to see while you’re there, including yet more pyramids and the spectacular Meso-American ruins.

It’s worth keeping in mind that – outside of the major cities – English is not as widely spoken as you might expect. So be sure to familiarise yourself with some useful Spanish phrases if you’re venturing a little further afield.

Again Turkey is one of the hot places to visit in 2011 slipping down only one place from the top spot in 2010 Money is the main reason that people keep returning to this beautiful country.

Being non Euro currency Turkey is cheap on the pocket and is one of those destinations that you will find it difficult to spend too much.

A country steeped in history contrasted with today's modern world Turkey is adapting to tourism with a fervour second to none and tourists feel very welcome and safe throughout their visit.

Mamaris is popular with Europeans because of its beach llife and ever improving night life accommodation ranges from 3 star facilities to 5 star luxury.

Crete is the largest of the Geek Islands featuring over 1000 kilometers of coastline dotted with soft white sandy beaches along the warm mediteranian sea.

Popular with tourists The island has everything to offer, mountainous landscapes, a coast with many beautiful beaches and rocky coves, beautiful towns and charming villages and harbors, excellent food and an excellent nightlife with a plethora of bars and clubs to choose from.

For the sight seer you can visit ruins like Knossos, of the Minoan Civilization, one of the greatest civilization ever.