National statistics show that the population of the nation as well as of Winnipeg and other major cities of Canada is growing at a small rate of 0.4% annually through its current residents (births); and another 0.6% annually via immigration from international countries to total a 1.0% total annual growth. It seems that immigration is bringing more new residents to Canada than parenthood among the current populace during 2000 - 2010.

It is not a wonder that people want to move to Canada, given its beauty, attractions, natural resources, sustainable energy dedication, high quality educational programs, and job opportunities. This is all according to the Canada home page canada-city.ca. Predictions from the federal government put the total population of Canada at 60 million in the reachable future, approximately double the number in 2010.

Canadian Business and Populations are Growing

Canada is attractive to new residential and business populations for reasons that are clear: open spaces and natural beauty, abundance of activities and attractions, progressive international trade, growing and exciting populations and multicultural centers; superior highway, rail, ship, and air transportation alternatives; a large number of holidays (larger than USA).

And what Trekkie or Trekker can resist the all-Trek® and space related City of Vulcan in Alberta, west of Winnipeg, Manitoba?

In order to access Canadian immigration information for individuals, families, and businesses, please see the following links for an introduction: 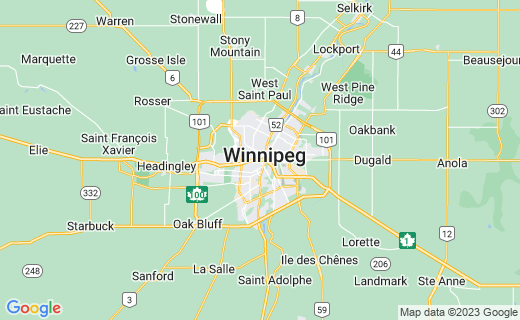 Manitoba Capital Winnipeg is the anchor city of this region and sits at the joining of the Red and Assiniboine Rivers at the historic site called The Forks (see below). This region was designed purposefully for economic development by cooperation of Winnipeg with the other communities in the region.

The bridges in this region are beautiful and some are unique. The Esplanade Riel is a pedestrian-only bridge crossing the Red River in Downtown Winnipeg that held the Salisbury House restaurant with gorgeous views of the river and the vehicle bridge joining the Esplanade Riel.

Few bridges in the world are equipped with a restaurant and this one employees over 500 people. It became a Chez Sophie Sur Le Pont restaurant in 2013, with a 5-year contract for the space until 2018.

Winnipeg is home to a number of Canada's First, Oldest, and Longest Running attractions and historical places. 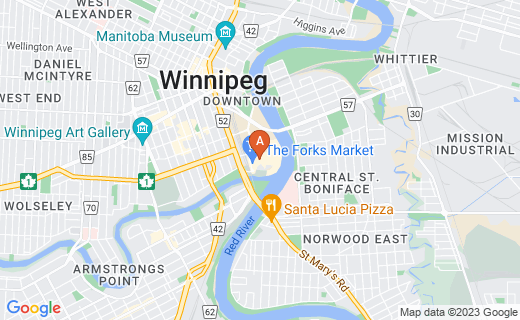 Numerous large North American cities that are successful in growing larger economies and creating higher standards of living for their residents do so, partially, by rebuilding decaying inner city sectors into combination business, entertainment, and living centers. This is true of Winnipeg and the scheme has been successful for the city, following the long history of a natural gathering place and building upon its foundations. This gather place spring up naturally at the fork of two important rivers in what is now Winnipeg.

The Forks National Historic Site along the river in Downtown Winnipeg began as a gathering place among First Nations centuries ago and subsequently, among European settlers. From that iteration, it evolved further into a modern, urban community hub. It has developed similarly to manner in which the great highways have been built along First Nations trails. The Forks area is important for trade and transport historically, because it is located at the junction at which the Assiniboine River adds its waters to the Red River, an officially designated Canadian Heritage River.

Job openings have increased for the local market area just over the summer of 2010. During Canada Day Weekend through the end of July 2010, Winnipeg job vacancies included over 2,900 listings on top job search engines Indeed Canada and SimplyHired Canada. At the end of August, just under 5,000 jobs were listed (more on Indeed than SimplyHired at the time) .

These listings were collected from all Internet sources of job postings. There may be other Winnipeg job openings not listed on the Internet at all, but only within local companies, through recruiters that have no Internet pages or do not post specific openings on them, or perhaps local newspaper classified ads.

Along with the Top 100 Companies in Canada, Manitoba celebrates a yearly Provincial Top 25 Employers. All this recognition is not about largest employee pools or highest accumulated revenues for the year, but about value to the community, work values and standards, employee treatment, contribution to increased quality of life, and several other criteria important to people, environment, and total well being.

Canadian workers are proud to serve these top companies and most of the Top 25 Employers for Manitoba are located in Winnipeg. Specific criteria for selection to the list are found at: http://www.canadastop100.com/manitoba/

This is lovely to see - a progressive company that recognizes Aboriginal Peoples of Canada as it benefits all peoples. The Four Host First Nations' equal partnership in the Vancouver 2010 Winter Olympics is another reminder. APTN provides their newhires with 3 weeks vacation time the first year (as do many Canadaian companies) and helps all employees save with a matching-contribution retirement scheme. One staffer received a 9-month leave of absence to train and educate reporters about human rights and the media in Sierra Leone. 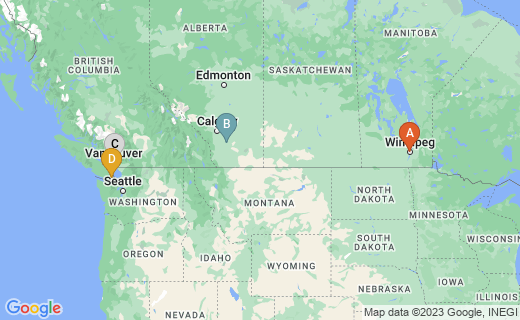 C
Vancouver BC:
Vancouver, BC, Canada

D
Victoria BC:
Victoria, BC, Canada