The Trona Pinnacles are a little known geological feature in the middle of the Mojave Desert near Death Valley, California.

Crafted by nature out of minerals deposited by springs under the lake that once filled the valley, the Trona Pinnacles loom over the surrounding area. Mystical looking, odd, or simply mysterious, however you describe them, the Trona Pinnacles are astounding and lots of fun to explore.

Welcome to the Trona Pinnacles
............a National Natural Landmark

Rising from the bottom of what was once an ancient lakebed, the Trona Pinnacles represent one of the most unique geological landscapes in the California Desert. Over 500 of these tufa or calcium carbonate spires are spread out over 14 square mile area across the Searles Lake basin. These features range in size from small coral-like boulders to several that top out at over 140 feet tall.

The Pinnacles were formed between 10,000 and 100,000 years ago when Searles Lake formed a link in a chain of interconnected lakes flowing from the Owens Valley to Death Valley. At one point during the Pleistocene the spot where you are standing now was under 640 feet of water.

The Trona Pinnacles were designated as a National Natural Landmark by the U.S. Department of the Interior in 1968 to preserve one of North America's most outstanding examples of tufa tower formation.

The Trona Pinnacles at Dawn

Where are the Trona Pinnacles?

The Trona Pinnacles are located in the Panamint Valley, a valley that runs parallel to Death Valley in Southern California in the United States. Panamint Valley is actually one of the first of the numerous parallel valleys that make up the Basin and Range Geologic Province.

The pinnacles are located partway between the towns of Ridgecrest and Trona, off of Highway 178, also known as Trona-Wildrose Road, near Searles Dry Lake. 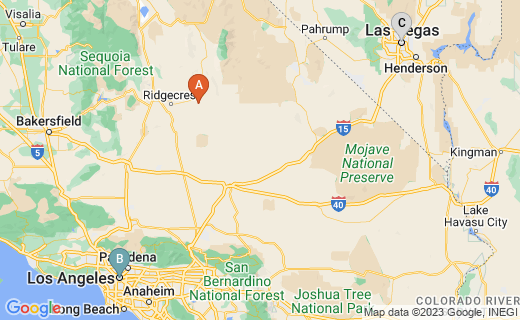 Trona Pinnacles in the California Desert

Geologic History of the Trona Pinnacles

Look at the picture on the right and picture the area thousands of years ago. The area would have been covered by a giant lake, hundreds of feet deep. Paleo-Searles Lake may have been connected to Lake Manly in Death Valley, Owens Lake in Owens Valley, and through waterways all the way up to Mono Lake.

Entering this lake there would have been springs. These natural springs were full of calcium and other minerals and when they entered the lake waters they would have deposited those minerals around the spot where they came in. Thousands of years and tons of calcium carbonate later, tall towers have grown in the spots where the springs enter Searles Lake.

Then the climate changes and less and less water enters the lake. The wet times of the Pleistocene are over, and less rain is falling as the temperatures climb. The lake is cut off from Lake Manly, Owens, and Mono Lake as the water levels drop. Fish, caught in the lake slowly die off as the salinity rises since the water evaporating leaves behind the salts suspended in it. Eventually even the hardiest fish in Searles Lake die off, unable to adapt to the changes, some fish in Lake Manly/Death Valley evolve quickly enough that they develop an ability to exist in the hyper-saline waters and survive to become modern-day pupfish, each species existing in their own individual waterway.

Searles Lake is left barren as more water evaporates out of the lake than flows into it. Eventually the towering deposits of calcium carbonate, or tufa are revealed to the burning sun and the lake recedes further and further down valley, until they are left completely high and dry and the remnants of the once mighty lake are a speck in the distance.

Flash to modern-day, where the towers stand revealed and the last bit of a remnant of Searles Lake is way down by Trona, and is basically a puddle compared to what it once was. That's the history of the Trona Pinnacles in a nutshell. It is a bit more complicated than that, but it makes casting the Pinnacles as an alien land seem paltry in comparison, doesn't it?

The Pinnacles are Made of Tufa

Tufa is a type of rock that forms from minerals dissolved in water. It is a variety of limestone, a sedimentary rock.

Calcium carbonate type rocks are usually a whitish to brown color depending on with what minerals they are contaminated. The brown and reddish tint is usually from iron.

Tufa is very porous and friable. Travertine is a relative of tufa and is formed around hot springs. It is made of calcium carbonate as well, but it looks different and is much less porous. Cave formations are also a relative to tufa.

There are different types of tufa depending on how they formed. In the case of the Pinnacles, calcium carbonate deposits built up over time and built towers, called Tufa Columns. Most tufa columns in the world are not very big. It takes a long time for a lot of mass to build up and the depth of the lake they form under plays a part in how tall they can get.

Tufa Columns form when waters rich in calcium carbonate emerge into an alkaline lake and the minerals fall out of the water. The temperature difference between the water coming in and the water already in the lake may also contribute to the rate at which the minerals are deposited.

There is another rock common to the California desert called tuff. It is a volcanic, igneous rock that can look somewhat similar but it is very very different from tufa.

Learn More About the Geologic History of the Area

Learn more about the geology of the Southern California by checking out 'Geology Underfoot'. It's a good guide to learning more about the amazing prehistory of the area, even for those who don't know much about geology.

World's Richest Chemical Stores!
The dry lakebed you're standing on holds one half of the natural elements known to man! That includes trona, a mineral as well as a place name. Searles lakebed has been commercially mined since John Searles discovered borax here in 1862. Today borax and potash from the area can be found in everything from fiberglass to fertilizer. No wonder the lakebed brine needs constand rejuvenation. After being processed, the brine is returned to Searles Lake. We've come a long way from the late 1800s, when borax was hauled from the Searles lakebed to Los Angeles by wagons using 20-mule teams.

See The Shortest Ever Railroad and Other "Gems"
You can see the shortest regulated railroad in the country right here. Look for the Trona Railway's tracks through the southern tufa group. Overhead, you may see low-flying aircraft. Military flights over the Pinnacles operate out of seven southern California military installations. Halite and Pink Halite are just two of the minerals found during the Gem-O-Rama at Searles Lake. Hosted by the Gem and Mineral Society, the annual event draws people from around the world.

Driving Toward the Trona Pinnacles

Learn More about the Mining History of the Vicinity

A Couple of Pinnacles

A Drive and Hike through Trona Pinnacles

These people take a drive and then hike in and around the amazing Trona Pinnacles in Southern California in April 2006. If you visit the area, please do not climb on the pinnacles like these people do though. They are fragile.

Randomly generated. If you see something you like, click on it for a closer view since next time it likely won't be here :)

Trona is full of all sorts of different, yet interesting, things to see. The area is well known for its borax production, one of the main ingredients in laundry soap and one of my favorite household cleaning items. To move the mining ingredients around, there are railroad tracks.

Trona has an old railroad going through it, and is very popular with train enthusiasts, as well as model train collectors.

Get a Trona Train Car Replica 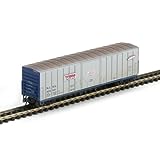 Trona
This movie is about a man who comes to Trona and while losing himself, finds himself. It features the surrounding countryside, including Trona Pinnacles.
Buy Now

What Do You Think of the Trona Pinnacles?

Full Moon Rising Over the Pinnacles

Do you want to visit Trona Pinnacles? Have you visited them already? Sign the guestbook down below and let us know what you think of this amazing place.