Visiting the Lake of Overijse-Genval, Belgium, and its castle: waters, boundaries and languages

Enjoy the view and choose your language carefully

In Flanders' scenic Meer van Overijse-Genval , views of the lakeside castle are striking. I walked around the entirety of the elongated lake, and other visitors would probably agree that its northern shore is probably the best location for views of this structure, which in Dutch may be referred to as the Kasteel van Genval . The Meerlaan (Lake Avenue) is a lakeside road which runs along the northern rim of this picturesque location, and I am glad that I took the opportunity to walk this route.

The lake is bordered by trees and is on the edge of an historic forest known as the Zoniënwoud .

It has to be mentioned, however, that the castle itself is situated in a different municipality from two-thirds of the lake. While the northern part of the lake and its shore are in the Flemish municipality of Overijse (hence the lake's name: Meer van Overijse-Genval), the southern part is situated in Genval, part of the municipality of Rixensart , in the French-speaking Walloon region. Thus the castle itself is known in French as the Château du Lac de Genval (Castle of the lake of Genval) or simply as the Château de Genval. The late 19th century castle, with its prominent turret, has had a variety of owners, but its current function is as a 5 star hotel.

Thus, the name Overijse does not feature in the castle's name, because it is situated on the lake's French-speaking side, whereas, because the majority of the lake itself is in the Dutch-speaking Flemish region, it is often referred to in Dutch by the name Meer van Overijse-Genval. But there came a point on my walk along the Meerlaan when suddenly its name changed to avenue du Lac. The historic forest, which the lake borders, is known in French as the Forêt de Soignes .

The Zilverbeek / Argentine and the linguistic boundary

Actually, the lake at Overijse-Genval is at least partly artificial, although a pond existed in the vicinity of the current lake, and was thus enlarged. The local hydrography also traditionally served as the demarcation between the Dutch-speaking and French-speaking areas. A local stream known as the Zilverbeek has long been regarded as marking the linguistic boundary between the Dutch- and French-speaking areas; thus, on its northern bank, the stream is officially known by its Dutch name. On its southern bank, it is known as the Argentine.

So the lake is mainly in the Flemish region, while its most well-known feature — the castle — is situated in the Walloon region. These observations may not seem to matter overmuch to the foreign visitor, but to Belgians they are important because every last square metre of the country has been divided officially between its linguistic communities; a few areas being designated — in vairous ways — as bilingual zones. Here at the Lake, however, the linguistic boundary is regarded as clear-cut.

Even the province of Brabant has been divided into two separate provinces, Flemish Brabant (Vlaams-Brabant) and Walloon Brabant (Brabant wallon). Thus, any map which purports to show Genval-Overijse's lake as being supposedly wholly in either one or other of these provinces, or supposedly linked administratively with exclusively one of them, would be regarded as being inaccurate, according to Belgian institutional sensibilities. (For this reason I am supplying two maps!).

Overijse has a striking Town Hall (Gemeentehuis), Medieval in origin, restored in the 1960s. Its stone parish church of St. Martin is also of note.

The railroad station at Genval contains some interesting Art nouveau features, including ceramic tiling in floral pattern. The former town hall (Maison communale), is of note architecturally, with its pillared stone front entrance, and tower.

Rixensart (distance: 2.6 kilometres), to which municipality Genval belongs, has a picturesque Mérode castle, which, in its present structure dates from the 17th century, although the original castle was from the 13th century.

Waterloo (distance: 12 kilometres) contains the massive memorial to the historic battle of Waterloo, which has long attracted many visitors.

Brussels (distance: 21 kilometres) has important historical and cultural sites which are too many in number to mention properly here, but be sure to visit the Grand' Place . The Royal Palace (French: Palais royal ; Dutch: Koninklijk Paleis ) has a façade, seen to impressive effect from the Park of Brussels (French: Parc de Bruxelles ; Dutch: Park van Brussel ); a wing of this Palace, the Hôtel Bellevue, contains a museum of Belgium's royal dynasty. The Erasmus House (Maison d'Erasme ; Erasmushuis ), Anderlecht, is dedicated to the life of the Renaissance scholar, Erasmus of Rotterdam.

How to get there: Brussels Airlines flies from New York to Brussels Airport (Brussel Nationaal / Bruxelles-National ), from where car rental is available. The Belgian railroad company SNCB / NMBS maintains a railroad link to Genval station, which is situated approx 1.5 kilometres from Lake Overijse-Genval. Please check with the airline or your travel agent for up to date information. 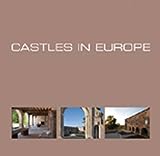