Replete with historical memories and symbolism

With its twin tower frontage, this is one of the most striking buildings in the Uruguayan capital, Montevideo.

Work commenced on the church building in 1790, while what was then known as the Banda Oriental (East Bank) was still a Spanish colony.

In neo-Classical style, the building was inaugurated in 1804. The basic architectural design was by Tomás Toribio. It is also thought that José del Pozo y Marquy or José Custodio de Saá y Faría may have had some input into the architectural work. In 1858, Swiss architect Bernardo Poncini undertook work also.

A previous church building dates from 1740.

The year 1897 is significant in the history of the building. In this year, it attained the status of Metropolitan Cathedral. Prior to this year, it was known as the Matriz church (Spanish: Iglesia Matriz ); the nearby public square, now known officially as Constitution Square (Spanish: Plaza Constitución ) also bore this name. Indeed, the name Iglesia Matriz is still sometimes applied to the Cathedral.

Also in 1897, near the Cathedral occurred the only instance in the history of the country when a President of Uruguay was assassinated. On August 25, President Juan Idiarte Borda (1844-1897) had emerged from attending a service in the building when assassin Avelino Arredondo fired on him, with immediately fatal effects. Some mystery still surrounds events relating this assassination, although it is known that the perpetrator was a strong supporter of a party rival of President Idiarte, but no conspiracy was officially proved. Much later, its effect in folklore was heightened by an ingeniously written, fictionalized description of the assassin by Jorge Luis Borges (1899-1986), who was an avid chronicler of the Uruguayan political scene.

The emotive events relating to this Presidential assassination outside Montevideo's Cathedral came towards the close of a period when Uruguayan political leaders would still attend church services in official capacity. However, subsequent, long-serving President José Batlle y Ordóñez (1856-1929) was identified with a thoroughgoing secularism which has largely survived in Uruguay's political culture.

Among the noted sights of Montevideo , are the Salvo Palace on Independence Square, the Legislative Palace, and the Cerro Fortress.

How to get there: LanChile flies to Montevideo , Uruguay from North American destinations including New York and Toronto. Car rental is available at Montevideo Carrasco International airport. Please note that some facilities may be withdrawn, without notice. For up to date information, please check with the airline or your travel agent. 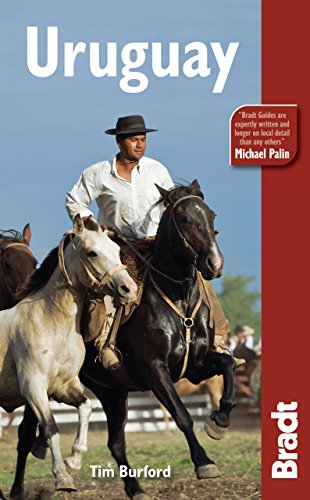