A throwback to the 19th century in an Ontario village

This remarkable structure over the Grand River in Ontario's peaceful West Montrose village, in Woolwich Township, is the sole remaining covered bridge in the province.

Covered bridges are especially well known visitor attractions in the Northeastern United States and Canada's comparable covered bridge sites are also included on many travellers' tours. While New Brunswick's Hartland Bridge is the world's longest covered bridge, it is the absence of other covered bridges in Ontario that makes the West Montrose structure particularly remarkable.

The Covered Bridge at West Montrose dates from 1881. The brothers John and Benjamin Bear were the builders, with John Bear responsible for the design. The building of covered bridges in North America became widespread following the perfecting of building methods carried out by Theodore Burr, a cousin of Vice-President Aaron Burr (1). The frame of the bridge and its flooring were built with wood, and this fact is an important consideration with regard to the original purpose of the bridge's cover (2). Unlike the cases of bridges erected using more durable — and expensive — materials, the designer felt an acute to protect the wood from the elements, and this is basically the prosaic purpose of the cover.

It was only subsequently that other aspects came into play: the fact that it is picturesque and practice of couples kissing while under the cover. Indeed, the bridge at West Montrose has sometimes been known as the 'Kissing Bridge'.

The bridge is recognized as a heritage and historic site by the Ontario Archeological and Historic Sites Board, now known as the Ontario Heritage Trust, which sponsors a historical plaque in the vicinity of the bridge.

In the more than 125 years of the bridge's history, jurisdictions responsible for its upkeep have varied. Waterloo Township Council initially sanctioned the structure; later, Waterloo County took over responsibility. In 1937 administrative changes regarding road upkeep were implemented, and this affected the Guelph-Elmira road, on which the bridge is situated, as it passes through West Montrose village. Since then, the province of Ontario has maintained the bridge.

(1) Interestingly, a relative and near-namesake of Theodore Burr, Theodosia Burr-Alston and her husband Governor Joseph Alston of South Carolina, started a trend by making Niagara Falls a honeymoon destination: the beginning of a hugely important hospitality industry for New York and Upper Canada/Ontario. From kissing bridges to honeymoon destinations, the business of romance seemed to run in the Burr family, however controversial Aaron Burr may have been in other respects.

(2) In the course of reparations and repairs, the bridge has also acquired other materials, while retaining the basic design.

In West Montrose itself, the village square area is particularly picturesque. Old Order Mennonites have long associations with the locality.

Elora (distance: 13.7 kilometres) and its historic Mill and 'Tooth of Time' and other attractions bring many visitors to this village on the Grand River.

St Jacobs (distance: 12.2 kilometres), another picturesque village, its museums include the 'Mennonite Story' visitor centre, the Maple Syrup Museum and the Quilt Gallery; its Farmer's Market brings many buyers and traders to the district.

How to get there: Air Canada, flies to Toronto Pearson Airport, with wide North American and other connections, from where car rental is available. (Distance from Toronto Pearson to West Montrose: approx. 94.5 kilometres.) WestJet and Bearskin Airlines fly to Region of Waterloo International Airport, from where car rental is available, from Calgary and Ottawa respectively. (Distance from Reg. of Waterloo Int. Airport to West Montrose: approx. 19.5 kilometres.) Be advised that some facilities may be withdrawn without notice. Please check for up to date information with the airline or your travel agent. 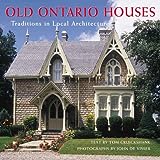