The Albert Memorial Clock is among the most well known sights of Belfast, Northern Ireland's chief city.

Built in 1865, the Clock Tower commemorates Prince Albert of Saxe-Coburg-Gotha, the Prince Consort (1819-1861), whose early death profoundly affected Queen Victoria and cast a shadow for decade upon the devastated Queen's reign.

Thus, all around the British Empire, buildings and structures emerged by way of dedication to Prince Albert's memory. The most famous of these is undoubtedly London's Royal Albert Hall. The City of Belfast (1), also, decided to mark his untimely passing by opening a competition for a memorial. Eventually, Architect W J Barre (1830-1867) was given the commission for the work, although, in the manner of some municipal manœuvrings, Charles Lanyon, responsible for various of Belfast's noted structures, was prematurely given to understand that he would be granted the task; however, public pressure forced the authorities to give it to Architect Barre instead, whose proposed design was more widely liked.

The style of the memorial is Gothic. The structure stands 34.4 metres tall. The clock itself was locally manufactured. Other features of the Clock Tower include a statue of a robed Prince Consort, sculpted by S F Lynn. A large bell is housed inside the structure.

Interestingly, the zeal to commemorate the late Prince Albert and the somewhat unedifying, behind-the-scene manipulations in relation to the contract work, apparently took precedence over the study and preparation of the structure's foundations. The observant visitor will notice that the Albert Memorial Clock leans slightly; this is because the original foundations did not fully take into account the marshy nature of the land in the vicinity, given the proximity of the Farset River (Irish: Abhainn na Feirste ), from which the city takes its name (2). which near the Clock Tower flows underground.

Significantly, the effects on the structure which heavy motor traffic — in the 20th century a feature of Downtown Belfast — contributed to the need for a program of refurbishment at the beginning of the 21st century. In this undertaking, the structure's foundations were improved and the masonry was sanitized.

The Albert Memorial Clock is situated at Belfast's Queen's Square.

(1) The Albert Bridge, Belfast, over the Lagan River, is actually named for Prince Albert Victor (1864-1892) — sometimes referred to as 'Eddy', Duke of Clarence — who was grandson to Queen Victoria and the Prince Consort.

(2) Belfast is an Anglicised version of the Irish Béal Feirste : 'mouth of the Farset'.

In Belfast itself, among the numerous visitor attractions are the Italianate Harbour Commissioners' Office, the domed City Hall, the Linenhall Library, Queen's University Main Building, Belfast Castle, and the Stormont Parliament Buildings. 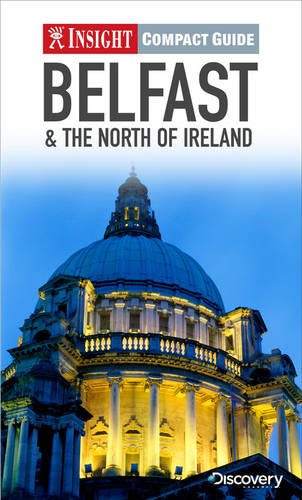