So where is Castle Frank? the traveller may ask.

Well, though the name lives on in various guises in Toronto, Ontario, yet as a structure Castle Frank is nowhere; it does not exist, and has not done so since the year 1829.

Castle Frank used to be a property, with a pillared, Georgian frontage, belonging to John Graves Simcoe (1752-1806), who served as Upper Canada's Lieutenant-Governor from 1791 to 1796 (1). The cairn itself bears a rough outline of the pillared frontage of the former structure, which was destroyed by a fire in 1829. This historical marker was erected by the Don Valley Conservation Authority in 1957 near the site of the original building.

The property to which the historical marker alludes has thus been out of sight and out of mind for nearly two centuries, but in remembering Castle Frank, it is really the historical link with Lieutenant-Governor Simcoe that is also — even mainly? — being commemorated.

Castle Frank was used by Governor Simcoe as a summer residence, but though it stood near the Don River for decades afterwards, empty walls containing forgotten memories of a family long since removed, it had ceased to be a residence by the end of the 18th century.

So what does the word 'Frank' in 'Castle Frank' recall?

John Graves Simcoe and his wife, the artist and diarist Elizabeth Postuma Gwillim Simcoe (1762-1850)(1), had five children, one of whom, their only son, was Francis Gwillim Simcoe. It is thus to Francis — Frank — that the name of the former Castle refers. Francis — Frank — was to predecease his mother by nearly 40 years, but in an interesting development of history, his name has survived in memory to the present day in the topography of Toronto.

The name lives on also in Castle Frank Brook, which is a submerged creek, a tributary to the Don River. The nearby Castle Frank Station, situated at 600 Bloor Street, East, opposite the historical marker, is a Toronto Transit Commission station on the Bloor-Danforth subway line. Nearby roads are also called Castle Frank Road and Castle Frank Crescent.

Close to the Castle Frank Historical Marker is also the Prince Edward Viaduct, or Bloor Viaduct, over the Don Valley. In some ways the Viaduct is a sombre location, because from its heights about 500 people are known to have committed suicide, since its opening in 1920.

The Argentinian writer Jorge Luis Borges (1899-1986) famously said that history is what we wish to remember and wish to forget.

For history is also about why we remember — and forget.

(1) John Graves Simcoe is widely remembered for introducing, as Lieutenant-Governor, various legal and administrative measures to Upper Canada. These measures included a courts system, trial by jury, English common law and the abolition of slavery.

(2) North, East and West Gwillimbury are Ontario townships named for the Gwillim family.

Toronto 's historic properties and visitor attractions are far too numerous to summerize adequately, but a few of these include: Old City Hall; the Legislative Assembly Building Queen's Park, home of the Parliament of Ontario; Campbell House; Osgoode Hall, Old Fort York, and many others.

How to get there: Air Canada, flies to Toronto Pearson Airport, with wide North American and other connections, from where car rental is available. However, Toronto may be suitably explored on foot or by public transit. Castle Frank Station (see above) is on the Bloor-Danforth Subway line. Some facilities may be withdrawn without notice. Please check with the airline or your travel agent for up to date information. For any special border crossing arrangements which may apply to citizens of certain nationalities, please refer to appropriate consular sources. 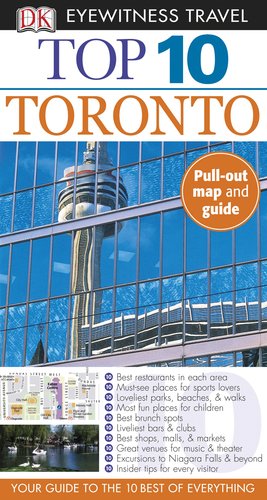