Visiting the Ha'penny Bridge, Dublin, Republic of Ireland: spanning the Liffey River since 1816

This relatively small, elegant footbridge has connected the banks of the Liffey RIver (Irish: An Life ) since 1816. It is situated in Ireland's capital, Dublin (Irish: Baile Átha Cliath ).

The structure is known as an arch bridge. Designed by John Windsor, and made of cast iron, it was built at Coalbrookdale, Ironbridge Gorge, Shropshire, England, a well known centre for ironworking. The deck upon which the pedestrians walk is wooden, however. Each end of the bridge rests on an abutment made of granite.

The bridge has actually been known by various names. Officially it is the Liffey Bridge (Irish: Droichead na Life ), but it is not so often called by this name.

Instead, almost universally, it is known as the Ha'penny Bridge (or: Halfpenny Bridge; Irish: Droichead na Leathphingine ).

In fact, when first built, it was also known officially as Wellington Bridge, seeing as the Duke of Wellington had just won the Battle of Waterloo in 1815. (Picking the winner, at the time, as the expression goes. I'm not sure that in 1816 there were many people who would have used an Irish language version of the name 'Wellington Bridge', though.) Actually, one of the Quays of the Liffey, to which the southern end of the Ha'penny Bridge connects, is also named for Wellington (1).

So, why is it called the Ha'penny Bridge? At either end of the Bridge, there used to be a turnstile, where Dubliners would pay a ha'penny toll to cross the Liffey. So was this toll fixed at a ha'penny in order to defray the expenses of the Bridge? Well, actually, not really (although there was some truth to this, of course). The reason why the toll was fixed at one ha'penny was because ferries, which previously plied across the river, would charge one ha'penny. Dubliners, then and now, were not noted for their acquiescent natures, and it was thought that fixing the toll at a ha'penny, the same as what had been charged for the ferries, would not come across as a money making enterprise to which Dubliners might object.

So a ha'penny it was.

Evenutally the toll was raised to a penny ha'penny.

But then in 1919, the toll was abolished altogether.

The arch of the bridge rises 3.35 metres; its length is 43 metres; its height is 3.66 metres. In the early 21st century, the Ha'penny Bridge was closed while it underwent a program of repairs.

The Bridge links Bachelor's Walk and Lower Ormond Quay on the Liffey's north bank with Wellington and Aston Quays on the southern bank. (I couldn't find how to write the names of these Quays, and Bachelor's Walk, in Irish. If my readers know, maybe they could let me know?)

(1) Some of the place-names in Dublin, previously named for prominent British personages, have been renamed for Irish nationalist and Republican heroes. But this particular Quay's naming for Wellington seems to have survived. I am not aware of any political aspects to the term 'Ha'penny', however ... . 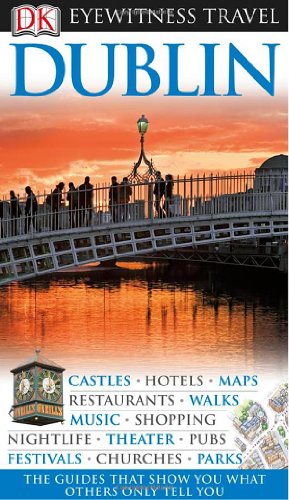