The Palace is situated in Lille, in France's Nord department. It originally belonged to the Dukes of Burgundy (French: les ducs de Bourgogne ). It is known that Philip III of Burgundy (1396-1467), sometimes known as Philip the Good (French: Philippe le Bon ) sought and obtained land upon which to built a palace, the eventual specifications of which did not, however, please him; apparently, the use of brick in the building did not appeal sufficiently to his ducal sensibilities!

In any case, brickwork was executed in combination with the use of Lezennes stone. The architect for the building was Evrard de Mazières (who, if the truth is known, must have undergone some strenuous efforts to keep his Medieval, ducal patron as happy as he could!)(1) Architect de Mazières worked in Gothic style.

A vaulted hall in the building, which formerly served as the Dukes' chapel, was used as a magistrates' courtroom from the 17th century. A (literally) crowning feature of the building is a pointed turret.

Today, the Rihour Palace has a somewhat different purpose; gone are the Dukes and the magistrates; and into the building have come the helpful staff of a tourist information centre, armed with plenty of useful and interesting literature. A less exalted destiny? A more prosaic use for the building? A more understated fulfilment emerging from past aesthetic aspirations? Maybe so, but if this piece of priceless architectural heritage can serve as a means whereby more people can learn about the rich, cultural heritage of Lille and district, then, in fact, this usage is not at all inappropriate!

Anyway, this is just about the most splendid tourist information office I have ever visited! Its street address in Lille is 42, place Rihour .

(1) Eventually, the building was completed during the ducal reign of Charles the Bold (French: Charles le Téméraire ; 1433-1477).

In Lille itself, other noted buildings include: the Birthplace Museum of General Charles de Gaulle; the 17th century, former Stock Exchange; the belfry of the Chamber of Commerce; the tall belfry of the City Hall; and many others.

How to get there: Brussels Airlines flies from New York to Brussels Airport (Brussel Nationaal / Bruxelles-National ), from where car rental is available. Brussels is the nearest large airport to Lille (distance: 129 kilometres). Please check with the airline or your travel agent for up to date information. Please refer to appropriate consular sources for any special border crossing arrangements which may apply to citizens of certain nationalities. 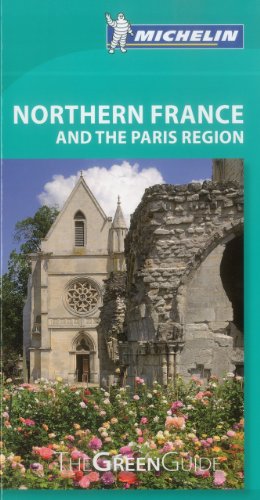