The style of this building at College Square East, Belfast, Northern Ireland, has been described as Classical Baroque (with just possibly some eclectic Beaux Arts elements).

Its main building material is Portland stone, so beloved of the builders of early 20th century public buildings. It combines pillared frontages on a large scale with turrets, complete with prominent cupolas, window arching, ornate pediments and a series of painstaking carvings.

Interestingly, a steam engine which powers the heating system is still in working condition. (Tell this to the service people whenever your heater breaks down...)

Completed in 1907, the building for many years housed the Belfast Technical College. The structure has thus been referred to for decades as 'Belfast Tech', although in recent years the institutions it has housed have undergone a number of name changes, which need not detain us (especially since the leadership of the latest entity promptly cleared out of the building, leaving its future uncertain!)

But at its inception, the building was deemed, by those who regarded themselves as experts, to be controversial. This was supposedly for various reasons. One of these was that the person appointed architect for the project, Samuel Stevenson, was not in good standing with professional architectural circles.

Then it was the design that was found wanting. So, was it too unusual? too radical? too 'different'? No, said the experts, the design was controversial because it was 'not different enough'. Oh, well.

In fact, one charge that was made against Samuel Stevenson was that the building bore an uncanny resemblance to the old War Office, Whitehall, London. (One could ironically surmise: how could anyone survive such a devastating stylistic revelation?)

It was 'too utilitarian'. This is maybe the most amazing charge, seen from a contemporary standpoint, faced by the ornate former premises of the Belfast Technical College.

However, the former Belfast Technical College is a beautiful building. And, keeping his mouth shut, Samuel Stevenson trounced his critics in 1907: his building was completed within budget, and on time.

In Belfast itself, close to the former Belfast Technical College building is a statue of Dr Henry Cooke, which is often referred to when visitors are given directions. Other noted sights include: Belfast City Hall; Church House, the Albert Memorial Clock Tower; Belfast Castle; Queen's University Main Building; the Harbour Commissioners' building; and many others.

How to get there: United Airlines flies from New York Newark to Belfast International Airport, at Aldergrove, where car rental is available. Please note that facilities mentioned may be withdrawn, without notice. Please check with the airline or your travel agent for up to date information. 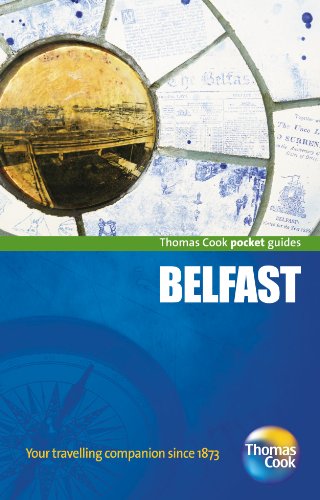