Where To Get The Best Beer In Bend Oregon

Where To Get The Best Beer in Bend Oregon

If you like beer and you happen to be traveling through the Central Oregon region, you'll be astounded at how unbelievably rich the area is with places to find beer. Bend, Oregon alone has 7 - yes 7 - world-class breweries and you can make a hobby out of checking out all the local brews.

If you add in the Sisters brewery (Three Creeks Brewery), which is roughly 21 miles from Bend, you now have 8 world-class breweries. Bend Oregon is one of the best places on earth to find beer!

The Seven Breweries of Bend Oregon

Starting in June of this year, there has been a little 'game' going on in Bend called the Bend Ale Trail. If you love beer and you want to participate, make sure you pick up a Bend Discovery Map which will give you your 'official' passport. Collect the stamps as you visit each of the breweries and after collecting all 7, you can turn it in and win something. That something has not been specified, however, send your completed passport to the Visit Bend Welcome Center.

Bend Brewing Company is located on the Deschutes River and the pub has a view of the Deschutes as it meanders past. They open at 11:30 daily for lunch, offer specials daily and half-price appetizers 4-6 daily and 9 to close.

Their pub fare features salads, sandwiches, pasta and steaks. It's a great place to stop in for a brew or lunch or dinner.

Bend Brewing Company is famous for these great signature beers:

Boneyard Beer Company is a relatively new brewery to the scene in Bend and is in the process of collaborating with several breweries that helped them get up and running. They actually named the brewery Boneyard because they went into business with the equipment resurrected from other breweries, although the original name was to be Brewtal.

At present, Boneyard Beer is working to introduce Central Oregon to Three Floyds Beer, which is a popular Indiana beer. They are hoping to begin distributing this popular beer from the Midwest soon.

The brewery is open to taste testing and through the Bend Ale Trail, they have been steadily building up quite a few followers. They hope to produce 1000 barrels this first year, having just opened in May. (As a comparison, Deschutes Brewery last year put out roughly 220,000 barrels.) Boneyard Beer is young and even though the market is very tight in terms of competition here in the Bend area, it looks like they will do well.

The brewery is located on Hill Street where it intersects with the Bend Parkway. There is no pub and the brewery distributes its black and white labeled beer to bars and restaurants throughout the area. So far, it's been a hit.

Growlers (US half gallon used to transport beer) are available for $6.00 and taste testers are always welcome.

Boneyard is so far known for its beer called GIRL, which is a light ale that is flavored with cherry puree. They also have an IPA, a pale ale and a bourbon barrel black 13.

Cascade Lakes Brewing Company produces many different beers that are popular on tap as well as in the bottle. They have several locations around Central Oregon to serve you.

They have many pubs as you can see from the list below and they are all excellent spots for lunch, dinner or just a beer. They are located throughout Central Oregon and check out their menus at each location. They serve the typical pub offerings although some locations serve up nightly specials such as tacos and other selected menu items.

The Deschutes Brewery has been producing quality beers since 1988. Visit their location in Bend and also their pub in Portland, Oregon. Their menu is typical pub food, concentrating on burgers, sandwiches, salads and soups but they are masters at creating delicious food to accompany their also delicious beers!

Deschutes Brewery makes the these standard beers year round:

Try one of their extremely popular seasonal beers:

They also have a Reserve Series:

McMenamins Old St. Francis School is a great place to visit - not only for the beer but also for the food and the entertainment! McMenamins also sports its own movie theater as well as several bars.

Since they are open for breakfast, lunch and dinner, McMenamins is a great place for families. You can also rent rooms and cottages! McMenamins is the whole experience.

Their menus are enormous and offer just about everything you can imagine. You can also find many McMenamins pubs in Washington and Oregon.

In Bend, during good weather, there is ample outside seating - stop in for a burger and a brew!

Enjoy some of McMenamins famous beers:

This is a brewery that you'd almost miss if you didn't know where it was but that doesn't mean it isn't a great place to grab dinner or a brew. Hours are Monday through Saturday noon to 11:00 p.m. and Sundays noon until 8:00 p.m.

Live entertainment is held at Silver Moon Brewing 3-5 nights per week. You can also play pool and foosball for free!

The menu is mostly pizzas, sandwiches and typical pub food. All the better to go along with the delicious beers.

Silver Moon Brewing has been brewing since 2005; here are their standard beers:

For Silver Moon seasonal beers, try some of the following:

The 10 Barrel Brewing Company is another of the fine local brewing companies here in Bend, Oregon. Check out their brew pub.

The 10 Barrel Brewing Company arrived on the scene in 2006 and after success in the brewing arena, decided to open a brew pub. Situated on Galveston in Bend, the 10 Barrel offers a spacious patio for outdoor seating complete with a fire pit and also offers indoor pub style spacious areas of seating in a relaxed and friendly atmosphere.

The menu offers the usual pub grub but also has 10 pizzas on the menu as well as daily specials, ample soups and salads to choose from as well as sandwiches - even macaroni and cheese. It's a great place to stop in for lunch or dinner and enjoy their special beers.

10 Barrel makes the following beers in their 10 Series: 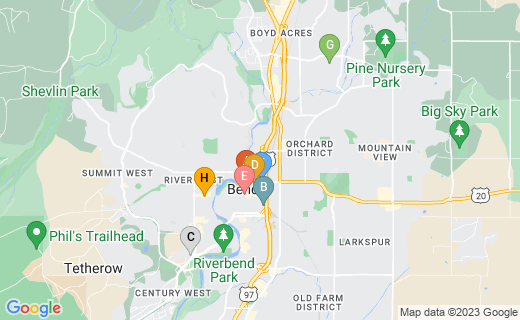 The Best Beer in Bend

In short, there is no shortage of places to find and enjoy the best beer in Bend, Oregon. I hope you have a chance to experience some of the local brews as they truly are wonderful.

Many of these brews are found in the supermarkets here in Oregon and some in other states as well.

If you get the chance, stop in for a great bite to eat and a brew and see if you don't agree - these are the best beers to be found in Bend! 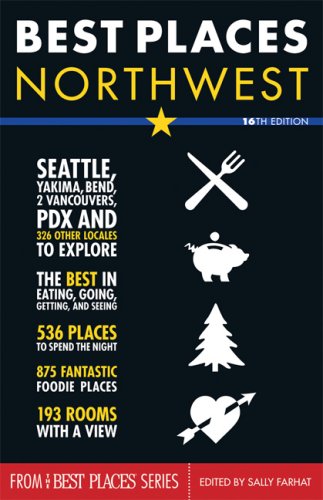