Portraits of Every U.S. President and Much More!: A D.C. Family Day Trip

The Smithsonian American Art Museum and the National Portrait Gallery are located in the same building, and are officially called the Donald W. Reynolds Center for American Art and Portraiture. But no one really uses that official title!

Many people just call the whole thing the National Portrait Gallery because probably the most-known part of the collections is the portraits of all the men who served as U.S. president, including the painting of Teddy Roosevelt shown here and the famous Lansdowne portrait of George Washington.

Here are some highlights from our recent visit to the center.

No Andy Warhol, but Plenty of Old Sculptures

We wanted to start our visit on the third floor, checking out Andy Warhol's famous pop-art portrait of Marilyn Monroe. But just as we got to the wing a guard stopped us and said that part of the collection was closed because of an emergency.

Not a good start!

Instead we looked at the 19th and 20th century sculpture on the third floor (see photo). We liked Il Penseroso (see below) and a 1929 bronze called Abraham Lincoln the Hoosier Youth.

The sculptures were part of the museum's Luce Foundation Center for American Art, which is dedicated to the study of art. There is a reference section and computers set up, and while we were there students were busy working away.

But we didn't stay long because we wanted to look at the paintings, so we headed downstairs.

The Jewel of the Presidential Portraits

George Washington was America's first president, and one of its greatest. So perhaps it's only right that among the collection of paintings of all 43 men who held the office that the most impressive and probably best-known item is this iconic image of the Father of the Country.

Painted by Gilbert Stuart, the painting is large: 8 feet by 5 feet. The portrait is known as the ''Lansdowne'' painting because it was commissioned in 1796 as a gift for the Marquis of Lansdowne.

It is really impressive, and it probably is the one thing in the entire building that I would say you really shouldn't miss.

Portraits of the U.S. Presidents in One Book

Richard Nixon, in contrast to George Washington, isn't considered one of America's better presidents, mainly because he is the only one to have resigned from the office (after it became clear that he was involved in the cover-up of crimes that were known as the Watergate scandals).

He was also a bit of an oddity: a politician who never seemed particularly friendly or warm. Or at least that's my memory of him.

So this 1968 portrait by Norman Rockwell really caught me by surprise. Rockwell was known mostly for painting the covers of the Saturday Evening Post that captured average Americans, mostly in idealized but everyday situations.

Here he paints an informal pose of Nixon, giving the president a highly flattering look. In fact, Rockwell later said he found it hard to really capture the essence of the man, so he erred on the side of doing a painting that he knew the subject would like.

A Bit Too Modern For My Taste

Most of the presidential portraits are fairly formal images of serious men dressed in suits appropriate for the office, and as such really don't stand out from the others. All are good and worth checking out, especially if you are a fan of U.S. history.

But then there's this portrait of Bill Clinton by Chuck Close. The 2006 painting consists of many small modules that combine to form the president's face. It's just plain ugly to me, and stands out like a sore thumb among all the other paintings.

For more information on the portrait see here.

While I didn't like Chuck Close's image of Bill Clinton, I do recognize that Close produces work that has attracted collectors and museums across the country. There have been a number of books about his art and his fight against a condition that caused him to become paralyzed in the 1980s, and you can find them on Amazon.

It is hard to know exactly where the National Portrait Gallery ends and the American Art Museum begins on the second floor, partly because even once we passed the main portraits of the presidents there were still some paintings featuring them, including one I really liked of John Adams by Gilbert Stuart from 1826.

Other notable paintings on the second floor included Henry Wilson's 1863 painting calling Ice Skate and two very nice 1880 works by Winslow Homer, a favorite of my wife's. The paintings, fairly small and located in the main hallway, are Boys in a Dory and Summertime. For a look at those paintings see here here and here.

Also notable was Market Day Outside the Walls of Tangiers, Morocco, an 1873 work by Louis Comfort Tiffany. Yes, that Tiffany, the one who made the stained glass pieces of art. See it here.

My photo here is of Abraham Archibald Anderson's 1890 portrait of Thomas A. Edison. Edison is one of my favorite historical figures, as anybody who has read my other travel reviews can attest!

An Easy Way to Spot the Gallery!

Perhaps the easiest way to know you have arrived at the proper place is to look for this 31-foot-tall sculpture outside the building.

The stainless steel sculpture is called ''Modern Head,'' and it was created by Roy Lichtenstein. The artwork was placed in New York City's Battery Park, about a block from the World Trade Center. It survived the 9/11 attacks with minimal damage and after a few stops along the way was installed here.

As you can tell from the photo we had to leave the building because they were closing for the night. We would love to get back to the place again, because there were a lot of pieces we really didn't get much chance to look at.

And hopefully next time the Warhol area will be open!

This lens was designed to highlight a few of the many treasures that exist at the National Portrait Gallery and the Smithsonian American Art Museum. There are hundreds -- thousands even -- of great pieces of art that we didn't get a chance to see.

Fortunately, there are numerous books dedicated to exploring the collections, and here is a small sample if you are interested. 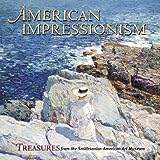 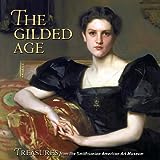 Have You Been to the National Portrait Gallery? - Or the Smithsonian American Art Museum?

Our family really enjoyed our visit to the National Portrait Gallery and Smithsonian American Art Museum, and really believes that anybody planning a trip to Washington D.C. should take time to tour the exhibits.

Have you already visited them, or do you plan to? If yes, what did you think? If no, why not?

Have You Visited the portrait gallery and art museum?

Ford's Theatre, National Gallery of Art and the Library of Congress - More D.C. Travel Reviews By Us!

My family and I really enjoyed our visit, though we are still confused on why the place is known under two names -- we really couldn't tell where the portrait gallery officially ended and the American art museum officially began!

Please let us know what you think of the place, the art, or anything else related to this lens that you want to share.