Unemployment - What Happens When Working Animals Have No Work?

Some new laws began to emerge in the 2010s in various US States that ban the use of animals other than dogs for working as service animals. However, many other types of animals work to help humans with personal and work concerns and laws already exist to protect these animals from overwork, exploitation, and abuse (see links below).

Greater enforcement of laws already on the books may be a better solution than banning animal work, since working animals that are suddenly deprived of their tasks can suffer from the loss almost as much as humans that lose their work. This is not to say that animals are human, but they are certainly not inanimate objects.

Cats work - Cats have probably always worked when kept by humans, catching mice and rats on farms and in villages. Today, they provide companionship ,especially to lonely hotel guests and retirees abandoned by families in isolated nursing homes in the midst of purgatorial loneliness. Cats can be good company and this is not taxing work.

Monkeys work - Helper monkeys as service animals have been successful when paired with paraplegics and quadriplegics in cases where the costs of 24/7/365 human helpers is impossible to meet. View the video below and see how startling the skills of these helper monkeys seem. They present a miracle in daily lives of people who need them.

Pigs work - Some pigs herd cows and sheep as well as do their working dog counterparts. This brings the question of why dogs should be worked if other animals species are not permitted to work. Some feel that this should be an all or none stipulation.

History of the 20 Mule Team

Elephants work - Overwork and abuse of circus elephants is a sad part of American History, but elephants are used in Asia for clearing land and building. They are, however, sometimes injured by land mines in these countries and treated in specialized elephant hospitals. Some elephants like the famous Motala in Thailand are given superb prosthetic legs to replace damaged feet and allowed to retire on the wide hospital grounds. These overworked animals are rescued and retired with good care in Thailand, America maintains circus and zoo elephant rescue farms. Additional attention to the plight of working elephants is needed, just as it is needed to prevent elephant poaching for ivory.

Miniature horses work - These small horses are adept at helping humans handle vision and stability problems and can even pull wheelchairs. People can hold on to these horses to navigate and to avoid falling and can harness them to a wheelchair for short distances. It is incredible to see these horses and humans together.

Dolphins work - Of course, they are unable to taken anywhere on a leash, but dolphin therapy has been important to children and adults, including our Wounded Warriors. They also work with Navy Seals in detecting underwater mines and ar very good at their work. A group of people on Toshima Island have gone so far as to register their local dolphins as official Japanese citizens. This is a radical move, but protects these sea mammals from dolphin hunters that would butcher and sell them for food.

Horses work in therapy programs involving at-risk youth and the prison populations around America. Along with donkeys and mules, horses perform some of the hardest work an animal can do on farms, especially our large draft horses. Running horses in races on which people bet is another matter and the British Grand National steeplechase of 2012 horrifically pictured how horses should not need to die because they are used in a sport and too many horses, too closely packed , all vying for £1,000,000 Gold Cup winnings (reference: Grand National talks with World Horse Welfare).

Working horses literally to death is also unappealing to most people, but more so is the knackering of them after they can be worked no longer. Horse slaughtering for meat is once again permitted in the Unites States and many people are aghast and furious about this development.

The unfortunate stories of horses dying in the British Grand National and of sled dogs succumbing in the annual Alaskan Iditarod Sled Dog Race result in uprisings against working animals altogether. It is good news that no dogs died in the 2012 or 2011 Iditarod runs, but opponents of the race are still unhappy.

War Horse
The story of an unusual farming horse taken by the British government during WWI for use by troops.
Buy Now

Dogs make up what may be the largest and oldest class of working animals in existence.Ever since the giant dogs of ancient times either became smaller or were replaced in nature by smaller sizes, dogs and people have been joined in work and fun.Dogs were likely the original helper animals to Indigenous Peoples, so working dogs make up a tradition of over 12,000 years in the US and Canada alone.

If related studies are accurate, all dog breeds have been traced to a single canine, all the breeds resulting from genetic manipulation by humans, like breeding for certain traits such as long hair, short stature and dozens of others.Some of these traits are good for work and an entire Working Class for dog shows like the Westminster is ubiquitous.

During the 9/11 cleanup, cadaver dogs did the best they could to find bodies in the wreckage. Dogs helped the NYPD, NYFD, and the NYC Port Authority. Dogs have always worked with humans. Working dogs are important.

Certain animals have a legal right to work as service or therapy animals in the United States and other countries have or are beginning to institute animal welfare laws.. The US Federal Government defines the categories of service and assistance animals as Service Animals, Guide Dogs, Therapy Dogs/Animals, and Companion or Emotional Support Animals. Pets are not covered by the law listed in the link below.

DIABETIC ALERT DOGS make up a new category of service animals that may be added to federal definitions through new legislation.

Service dogs can help clients that have epilepsy as well and this is highlighted in some television programs, one in which Alex Baldwin plays an attorney with the affliction, aided by his dependable service dog (My Sister's Keeper, 2009). His dog helps him work throughout a tedious case in which he defends a child that no longer wants to be an organ donor for her older sister. The work of the dog is paramount to him being able to continue his career. 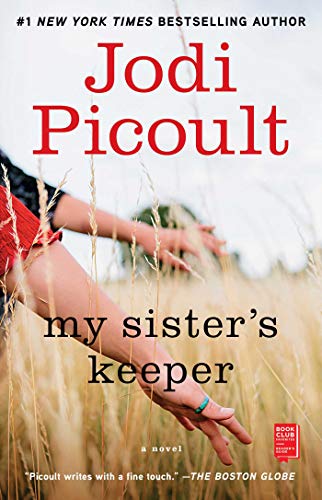 Gray Areas In the Regulations

Rin Tin Tin: The Life and the Legend
Buy Now

It is difficult to view this race unless one travels to Alaska for the yearly event or becomes an Iditarod Insider, paying a fee for viewing live video feeds and archives of the long traditional race through Alaska. Controversy surrounds this event, stemming from groups that feel the sled dogs are over worked and abused.

Exploitation of sled dogs may or may not be occurring, because many breeds used in sled racing are bred specifically for the sport and have been for over 10,000 years.When non-working breeds of dogs are trained to pull sleds in a race, then I consider that to be exploitation. Overworking any dog traditionally bred to pull a sled is inhumane and working a sick animal is worse.

But -- What happens to working people when they suddenly no longer have work? Some are happy, but many are psychologically impacted very negatively and some gradually become physically ill from depression and anxiety resulting from job loss. People can lose their homes, their families, and the will to live. Overworked animals lose the will to live and the will to interact with humans. Animals that traditionally work can become listless or show erratic behaviors when deprived of work. They at least need a wide open place to run.

Others simply die - One example involves a friend's dad that worked in a roller bearing factory in my town, double shifts of 16-hour days, 7 days a week for several years until retirement. On a Sunday night, the plant threw a retirement party for him and by Monday morning he was dead. Family members said he was anxious Sunday night over the thought of having no more work to do - work in which he felt extremely skilled and efficient. He was the go-to person for a number of issues in the plant. While many heart attacks occur on Monday morn gins as the body undergoes increased stress with the anticipation of returning to the work week, this fellow's story was just the opposite. Monday was the end of work and the end of his life.

Hundreds of years ago in North America, when the winters were colder and snow and ice piled higher, our Inuit neighbors in Alaska, the Canadian Yukon, and places farther north trained dogs to pull sleds for work. What did they pull on their sleds? -- Building supplies, people, carcasses from the hunt, and other things. The descendants of these dogs still want to work and that temperament may be in the DNA. If they can't work, then they at least need to run. If they run by nature and temperament, it may be hard for their owners not to use them in the Iditarod. The debate about and the call for outlawing sled dog races is ongoing, although not at a high pitch.

Almost 100 years ago, in the relay race to bring diphtheria vaccine to suffering Alaskans in Nome, the two hardest working dogs on the long run, Togo and Balto, chased reindeer after they were unharnessed at their destination. They did not appear tired - after hundreds of miles of running over snow, ice, and frozen rivers that were breaking up, these sled dogs wanted to run further.

In 2010, a sled dog from the annual Iditarod race (Iditarod.com) was sent home because he was exhausting himself. At the helicopter liftoff point, the dog broke loose and ran for two days in the area before he was caught. He'd been trained to run and he was going to run.

Aside from a few individuals winning in each Dog Show classification, what else is there for a Working Class dog to do in America? These dogs are best not kept in small apartments, because that is a cruel enslavement to an athletic dog. These dogs need something to do.

PBS documentaries routinely show how dogs developed independently in order to, and were further developed to act as companions and coworkers to humans. Working appears to be in their nature, but can be further conditioned into some dogs.

There is still plenty of work for a few working dogs to do, but many are forced to live in small apartments and in the tiny yards of houses packed in tightly together for housing developments.

Dogs can become neurotic and physically ill. The demand for veterinarians and vet techs continues to increase by large percentages (2007 - 2012). We also see Dog Whisperers and Dog Psychologists.

What some of the dogs need is an open field for running, sheep and cattle for herding, pheasants for hunting in season, and an Native American litter to pull across the US. Even the Trail of Tears contained dog litters for pulling the few possessions of the disenfranchised. Even in Economic Recovery, many Americans still need work, and new laws would outlaw animal service. Unemployment is everywhere.

Animals can help people through times of unemployment with their companionship, love and service. Humans can treat their pets and service animals just as well.