Boston is as old as the Original Thirteen Colonies and the United States, settled by the English and named after Boston, UK. Native Americans of the Eastern Woodlands groups were already thriving in the area, and the Europeans flowed in as well, some making friends and some making enemies among our Indigenous People. Today, Boston may be best known as the hometown of James Spader, who plays Raymond "Red" Reddington on the hit TV series The Blacklist.

Instrumental in the American Revolutionary War, the City of Boston is full of modern opportunities in the worlds of work, education, culture, and sports. I am hearing Boston called the "Athens of America" in their bid for the 2024 Summer Olympic Games. Unfortunately, the people of the city protested the bid ob the grounds that it would cost the city and the taxpayers too much money and leave useless buildings and outdoor venues behind.

On Monday March 30, 2015 President Barack Obama and the First Lady presided over the opening of the Edward M. Kennedy Institute for the United States Senate. It is a high tech full-scale model of the Senate at the University of Massachusetts at Boston and provides iPads and over 50 apps to ease visitors' understanding of the US Senate and its work. Actual Senate sessions can be simulated as well.

Almost Everything Happens in Boston

The city witnessed a Senior Citizens' Strike against Boston Hospital in the very early 20th century to protest high costs and it worked. I know these because two of my medical/health promotion professors were there to witness it themselves. As a young couple during that year, they sided with the seniors. Prices for healthcare at the hospital lowered in response to the large number of senior citizens protesting, "sitting in", and being very vocal about the problem.

Boston Harbor was the site of the 18th century Boston Tea Party that protested high taxes and helped start the American Revolution. In the 21st century, a bombing at the Boston Marathon expressed the protests of terrorists against the city and our country. The survival stories from that event are inspirational.

Also in the 21st Century, recent college graduates can find many career opportunities in the Greater Boston Area and Travel Nursing is one of those lucrative occupations. Boston takes education and employment training seriously, as it does its sports, arts, and culture.

The city witnessed a Senior Citizens' Strike against Boston Hospital in the very early 20th century to protest high costs and it worked.

With several major universities available, the city has reached out from them to at-risk youth and to adults that are underemployed, unemployed, or looking to change careers.

Much of the new work opportunity is coming out of Harvard since the late 1990s through 2015 and is opening up increasing numbers of jobs in careers for high school youth, young adults, the middle-agers, and senior citizens in designated training programs under the federal Workforce Investment Act (WIA).

Harvard University began to more fully apply the Theory of Multiple Intelligences established by Howard Gardner to the world of work in the late 1990s.

Their findings are that people usually do have a "work personality" and a job or two that they are best suited to work and in which they will excel almost naturally. I applied this theory in the early 1990s with marked success, doubling the number of GED certificates earned through our school in Ohio for several years. The same style of success is being seen in Boston.

Much of the new work opportunity is coming out of Harvard, some of it as a result of work with Multiple Intelligences Theory. Findings are that people usually do have a "work personality" and a job or two that they are best suited to work. 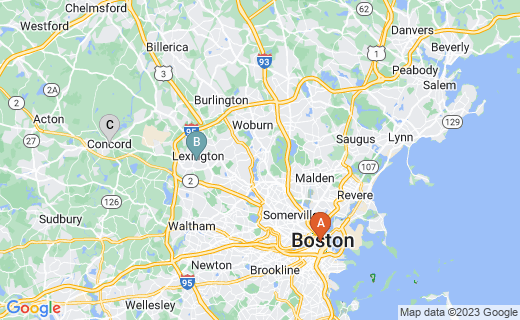 Recent college graduates are likely to find expanding opportunities in and around Boston. Local and national HR recruiters are visiting areas campuses in increasing numbers to harvest these graduates for long-term employment into well paying careers.

In addition, Massachusetts provides half of all New England jobs, which totals over 6 million for that region of the US, according to the US Department of Labor.

Green Industries are expanding in Boston, hiring youth in summer employment and training programs and employing adults year around.

Recent salary surveys of the National Association of Colleges and Employers show that the average starting wages in the Top 10 Industries in Boston that are hiring new college graduates are the following (largest sources of jobs in BOLD print):

Unexpectedly, the Trucking Industry surged with almost a million new jobs in 2014 - 2015 in response to new manufacturing and the need for transporting larger amounts of US oil and Canadian tar sands without the Keystone Xl Pipeline, which was vetoed by President Barack Obama. At the same time, America showed a lack of adequate storage space for additional oil production n early 2015.

Career for US Veterans - UABoston.org

Healthcare provides neatly 14 million jobs in and around Boston and half of the fastest 20 fast growing occupations. The largest numbers of Healthcare Job Listings are in the following large groups of professionals:

Massachusetts General Hospital is the largest employer in the State of Massachusetts. Travel Nursing opportunities are good in Boston as well. If you should want to move to Boston here's How to Ask for a Job Transfer.

Medical and Healthcare Jobs at 50 Hospitals

Boston offers many of the highest quality educational facilities in the nation and North America: