Top 30 Cities for Jobs in the US

Lincoln, Nebraska was named in late 2008 to the list of Top 30 Cities for Jobs in the US by the job search engine CareerBuilder.com. In order to achieve such a ranking, cities or metropolitan areas are ones that offer and an increasing job market, growth industries (incuding sustainability for the 21st century), lower crime rates, a higher standard of living with a lower than average cost, substantial educational opportunities, and several others.

Located in Lancaster County, Lincoln is home to over a quarter million people - average age just about 30 years - and is the State Capital. The Platte River is nearby to the northeast of Lincoln, but conveniently located for transporation and outdoor sports and recreation. Home to a relatively young population and a growing job market, Lincoln is an ideal setting for young business professionals and those wishing to raise a family. 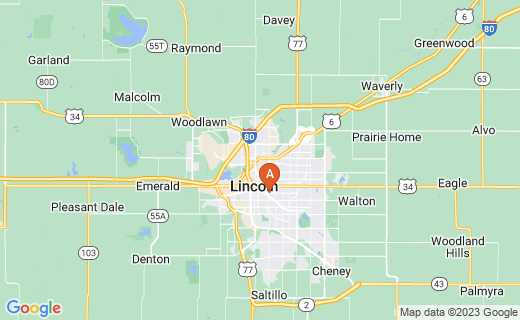 As one fo the Top 30 Cities for Jobs, Lincoln is active in sustainability and alternative energy production. In fact, the state of Nebraska overall is one of America's top providers of corn-based ethanol. In addition, Nebraska offers oil reserves, though largely in the western half of the State. The Platte crude oil pipeline from Wyoming travels along southern Nebraska and Lincoln to Midwest.

Aside from ethanol, fuel is also produced from native plants such as switchgrass and form soybean and other vegetable oils. Coal based plants in Wyoming provide 2/3 of the states electricity, while nuclear plants near Lincoln on the MIssouri river offer another 3/10 of that power. Hydroelectric power provides the remainder of the electiricy in Nebraska and Lincoln. Wind power is the target of much energy production development in the late 2000s.

Downtown urban revitalization projects seem to be the hallmark of CareerBuilder.com's Top 30 Cities and previously of the Top 25 Cities for Jobs and Business named by such entities as Money Magazine, US News & World Reports, Forbes.com and other financial, economic, and workforce organizations.

The Downtown Lincoln Association was formed to boost efforts at revitalization and raising the economic well being of the city and the state. Since its inception, this project has created a lively urban dwelling place for residents among features that include top notch jobs and services in education, government, arts and culture, entertainment, travel & tourism, banking and financial services, and particularly retail sales.

Sports create a large component of the culture in Downtown Lincoln and this includes:

Lincoln is seen as the Educational Hub of the state of Nebraska, which has been a primarily agricultural economy though the 20th century. 21st century science and technology and education are combining with agriculture in the lines of alternative energy to create various biofuels and this trend should continue for several decades. The trend toward area colleges and universities partnering with business in these endeavors will further increase new jobs and emerging industries.

Class.com - This is a website designed to provide help to educators and students at all levels, including homeschoolers, while specifically targeting at-risk you. Associated programs feature Credit Recovery, alternative education, virtual classrooms (online). This program helps to increase the number of high school graduates in Lincoln each year and propel then to higher education, postsecondary training programs. and substantial employment.

This type of program plays an important role in the revitalization of a previously declining community or metro area by increasing the economy and reducing crime as well as boosting the quality of life for participants. Bidgeport, Connecticut has also found such programs very effective.