Working for Green Jobs and the Environment of Alaska to 2028

EcoEmploy.com is a Sustainability Employment Directory that offers access to an array of Environment-related jobs and careers in Alaska as well around the United States. it is also a provider of listings for sustainability employment at the US Federal level and throughout Canada.

In Alaska, EcoEmploy lists links to career pages and job opening websites of a sizable number of nonprofit and for-profit companies throughout the state. These listings include a separate category for law firms with environmental practices.

Particularly interesting is a portal through which to access environmental projects coming up in the near future, listed regularly in the Federal Register: Weekly Federal Register Summary (http://www.mass.gov/dep/public/frhome.htm). This weekly register alerts sustainability and environment workers to when and where new opportunities are arising.

In the 21st Century America is reaching toward a greener, more sustainable future, because of the high cost and pollution surrounding the oil industry, in addition to the cancer-causing elements found in processing petroleum derivatives.

A summary of high demand and fast growing jobs in the State of Alaska is presented the first in the following list of sustainability and green-jobs Hubs.

They are much needed in the sustainability workplace and this includes Alaska and its energy projects. As Alaska continues to move toward alternative fuels and energies in the 21st century, many of these jobs will open in the state as the result of natural gas drilling and transport. Related materials include:

Alaska National Wildlife Refuge or ANWR is near the Brooks Range in the northeast portion of Alaska and comprises over 50% of the total state. Oil deposits are present, but drilling may disrupt natural habitats. First Nations of the Yukon Territory are particularly concerned, because either caribou herds travel to ANWR to give birth annually and may be disrupted and die.. 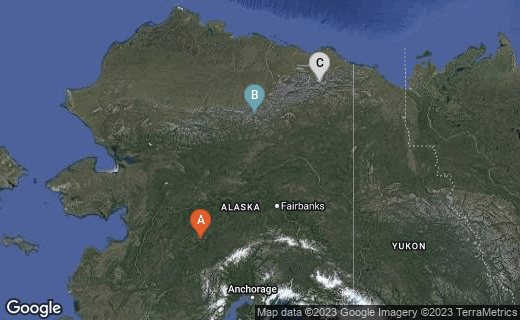 The Environment of Alaska

Alaska is a beautiful state that has succumbed to climate warming on its northern shores to the point that Alaskan Natives are moving at least 50 miles inland in search of higher ground and other food sources.

The sea life that has supported them has begun to migrate away.

In the 21st Century, Alaska government officials hope to turn the state toward cleaner sustainable energy sources for the good of these Indigenous, but also for that of non-indigenous peoples in Alaska, and to contribute to energy production for the nation.

The sea pack-ice has melted in the waters off the Alaskan North Slope to an excessive extent and flooded the shorelines of small communities of Native Americans, driving them back. The wildlife upon which they depend for food and commerce have become less plentiful because they have

The Indigenous People are uprooting their houses, families, schools, agricultural animals and so forth for this long journey inland. They are migrating once again, just as their ancestors did around 10,000 - 12,000 years ago, when they first walked into Alaska and the Pacific Northwest.

The fastest-growing jobs in Alaska projected to 2020 are presented in the Hub, Top 20 Jobs in Alaska, mentioned above and in the listing below:

Major employers hiring the most workers in Alaska include Providence Health, CTG Health, University of Alaska, and Native Tribal Health Services. In the Energy Industry specifically, workers are in high demand at BD Select and Ukpeagvik Inupiat.

Pipeline Map - Through Alaska and a Branch to Valdez

The entries in bold print indicate clusters that serve sustainability and the environment.

Sustainability and new green jobs comprise one combined focus of the interests of First Gentleman Todd Palin during the Governorship of Sarah Palin in Alaska.

Having worked in two major industries of the state - oil and fishing - Mr. Palin, part Inuit in heritage, stated that his major concern is with workforce development in his state, particularly via sustainability.

In August 2008 TransCanada Corporation won its bid for constructing the $26-billion Alaska Highway Pipeline for natural gas. After this, the company had to pursue US. federal permits for pipeline construction to begin in 2016.

First Nations indigenous tribes, some of which are in land disputes along the Alaska Highway and surrounding regions, are set to benefit financially from this project. For careers, see WORKING FOR TRANSCANADA. This company has several offices in the USA and Canada.

BP PLC and ConocoPhillips are two other companies that bid together in a partnership are a competing pipeline project named Denali, but were not been endorsed by the Alaska government and the Current Governor.

An ongoing debate about ANWAR energy oil drilling also has not subsided.

Route of the Alaska Highway Pipeline 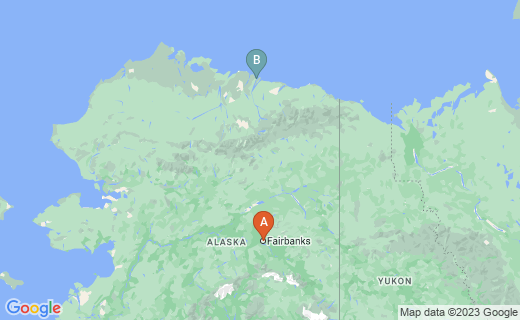