Growth and Arts Along the Ohio River

With a population of over 56,000 according to the US Census Owensboro, Kentucky is a town that sits across the Ohio River from Cincinnati OH in the proximity of Evansville IN.

Louisville KY on the Beautiful Ohio (also translated from local Indigenous dialects as "Big River") lies between Cincinnati and Owensboro/Evansville. All three metro areas have produced a number of celebrities, not the least of these in the versatile Johnny Depp, whose birthplace is Owensboro.

Johnny Depp of Owesboro was named America's Favorite Actor in a recent Harris Poll. See links below for dozens of other awards and nominations.

The entire state of Kentucky is rightfully proud of their current celebrity's accomplishments in the theater arts. He has taken character acting to star status as no one else has done since Lon Chaney, The Man of 1,000 Faces and father of The Werewolf's Lon Chaney Jr. Chaney's Phantom of the Opera is still hideously good after nearly 100 years, but Johnny Depp's Jack Sparrow and Mad Hatter will never be forgotten. It is also certain that Johnny Depp could follow William Shatner's example of acting vigorously into his 80s.

In January 2001, Johnny Depp was nominated as twice out of the five actors in the Best Actor category of the Golden Globes, for Alice in Wonderland and The Tourist.

I reviewed Rango, starring Johnny Depp as the lost chameleon, before it's March 2011 and recommend this film to both adults and children. A Western starring desert animals, it presents vital adult concerns and fun for the kids all at once. People of all ages in the screening audience showed up in Hawaiian shirts, cowboy hats, and leather boots. The film we viewed was a work of intense art, simultaneously poking fun at and paying homage to film making.

The Rhythm of My Soul: Kentucky Roots Music
Buy Now

Owensboro supports the International Bluegrass Music Museum and its first recorded album at the museum went on sale in mid-January 2011.

Bluegrass music is connected with "old timey" fiddle music and clogging from European countries, notably Ireland and Scotland, but also Wales and England; but the Cherokee Nation clogged before our European friends first landed on the Atlantic Coast. Since first contact, each additional ethnic group has devised and added its own dancing patterns and shoes to clogging.

Today, official Bluegrass associations are supported in Ireland, Scotland, Wales, England, France, and Hungary as well as Australia, New Zealand and many others - even Lithuania.

The links below provide several more associations, along with Bluegrass radio stations.

In 2009, Owensboro began rebuilding its downtown waterfront. A huge sports arena is to open in 2013, new hotels and a grand promenade will lead to a waterfront park opening later in 2011. In addition, 20 acres of Grand Lawn among businesses, hotels, and restaurants provide recreation and relaxation opportunities. Additional multimillion-dollar projects are scheduled for the Ohio River Waterfront as well at Owensboro. Many of the dozens of festivals in the city will enjoy these venues.

Festivals in Owensboro number in the dozens all around the year. In 2011, the 100th Centennial of Bluegrass mjusic star Bill Monroe takes place in and around the International Bluegrass Music Museum in Owensboro.

Cities Along the Ohio River

The 900-mile long Ohio River was named by my ancestors, the Iroquois Confederacy, with the word from one of their nations: O-Y-O (three syllables), whose meaning is the big or great river. A French explorer named Rene Robert Cavelier Sieur de La Salle saw the river first in 1669 and called it la belle riviere. Later, an America wrote Ohio's State Song after the French name in order to produce the number Beautiful Ohio. This is why much of the general public thinks that the "Indian" name for the river is Beautiful River. 12,000 - 10,000 years ago, we called it Big River. It was big and so were the fish in it - at least as long as a tall man's arm, every one of them.

This means that my state in an Iroquois language is "Big River." 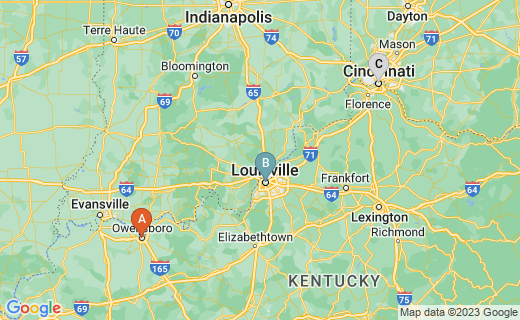 March 2013 showed 2,800 jobs listed, above the approximately 1,600 open jobs listed In January 2011 for the Owensboro area that includes Evansville IN, Newburgh IN and Rockport IN. Located in Western Kentucky, Owensboro is quite close to neighboring Indiana and several of its southeastern cities, with Ohio cities a little more distant.

These top high demand jobs are involved in Healthcare, Dining, and Information Technology industry sectors. In fact, nursing positions are in high demand at all levels from Aide to Nursing Supervisor and make for an effective line of career advancement. Given that area hospitals may offer tuition reimbursement and time off the job to attend classes, this is a golden opportunity for a new career or a change in career. For the unemployed affected by the Recession of 2008 - 2010, this is an opportunity for On the Job Training with built-in education and advancement opportunities. 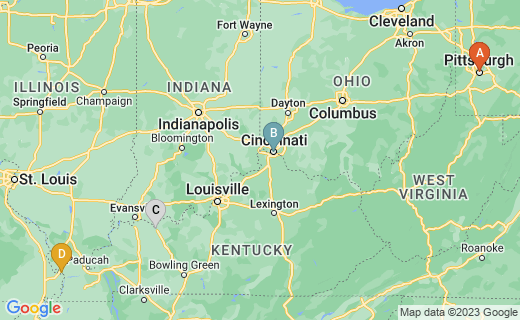