Los Angeles County in California is anchored for business as the Los Angeles-Long Beach-Glendale Metropolitan Division.At the end of 2014, over 177,000 job listings for active for the area.

The leading industry in this local economy is Tourism and Travel, with all of the adjunct sectors - Accommodations, Retail, Dining in all levels and kinds of establishments (including taverns and clubs), Sports, Entertainment, and Media. Nearly all industries have a foothold in LA.

Southern California was settled originally by Indigenous Peoples that included the Chumash and Tongva Nations, all with very interesting cultures. Around 1540, Portuguese explorers traveled through the area, claimed it for the kingdom of Spain and Portugal, but did not stay.

Over 200 years later, Spanish nationals explored the LA area again, making a settlement with Catholic worship facilities and gathering local Mestizos (Mexican, Spanish, and Native American mixed heritages) into a town that was founded as Los Angeles in 1781.

The town was finally incorporated in 1850, just before California became a state. Spanish, Mexican, and Indigenous cultures still enrich the landscape and flavors of Los Angeles life in profound ways to make it a fascinating area.

LA is known as a Mega City across the globe, famous for films, fashion, media stars, and gossip. However, the city is also a business center for domestic and international trade, science, technologies, and high quality education. In fact, it is one of the few places in America where Archaeology and Anthropology Teachers are needed. Aerospace Sciences are also advancing here.

LA On the Map 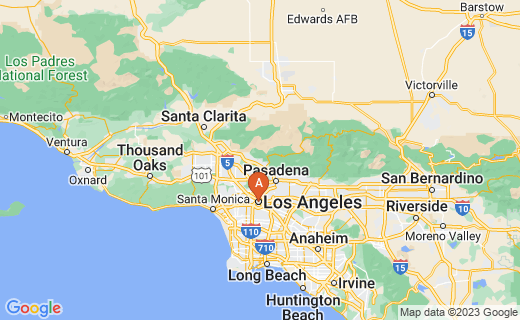 Except for Walt Disney Company, filmmakers in general are not on the list of Los Angeles Top Employers. This is true even though there may be 2,000+ film studios in the county at any given time.

The largest employers, by size of employee pool, largest to smallest are:

Combined, the ports of Los Angeles and Long Beach comprise a large, important Port Authority that is instrumental in shipping and commerce worldwide. This port is also a major employer.

The Port of Los Angeles was discovered in the early 1540s by the Portuguese, who named it Bay of Smokes, because of the smoke rising from the fires of Native American Hunters nearby. It became a trading post locale and was made an office city Harbor in 1907, growing significantly during World War II. In the 21st century, it is the largest, busiest port in the United States!

The best way to find a job in Los Angeles may be to try for one in the categories of fastest-growing by either number of jobs each year or by percentage increase. These jobs Include Computer/IT jobs (especially Network positions at the top of the first column below), Makeup Artists, Sales of any kind, Personal Care or Personal Assistant, or Teaching (if you are certified).

Food & Beverage jobs are abundant, while all the rest of the positions listed below require advanced training and/or certification, with a few not paying high wages. The cost of living in Los Angeles is higher than in other states and will require a relatively higher income in comparison. Travel Nursing and related positions, even if you live right in LA, also offer payment of rent or mortgage for up to 12 months.

Lower level healthcare positions are often found at clinics and hospitals that offer good benefits and tuition reimbursement for employees that wish to progress in the medical and health and/or allied health professions. This is a good avenue for finding work more quickly than in some other positions and then advancing through continuing education on the job or at a local school. 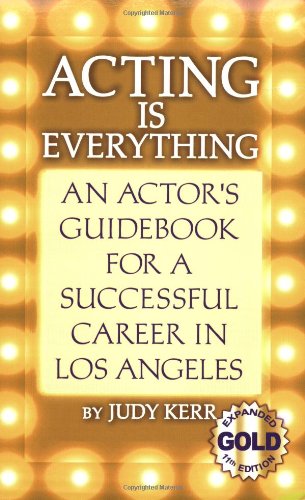 Acting Is Everything: An Actor's Guidebook for a Successful Career in Los Angeles
This jaw-dropping book has so many resources that readers have called it "better than the yellow pages." If you really want to get into acting, this may be the book for you. 644 pages of resources and stories, 4.5 stars out of 5 stars as a rating on Amazon.
Buy Now

LA is a leading LEED city in America, with certified buildings in all industries, certified green homes, a green transit system, and at least one green entertainment business.

LA uses solar power for public energy and recycling over 800 pounds of food from restaurants and grocers monthly. in 2006, LA County named "America's Birdiest County" by the San Diego Audubon Society. Los Angeles is also home to the Green West Expo/Conference, the first tradeshow of all possible green products and services to date.

You may decide to relocate to California fro elsewhere in the world or country, or to move to LA from elsewhere in the state. If so, it is a good idea to arrange for interviews and even to have a job secured in LA before going to the time and expense of uprooting yourself to his Mega-opolis.

During May - June 2015, the Los Angeles Area had listed approximately 100,000 job openings on any particular day.

The site offers describes of schools in neatly arranged categories, with course offerings, placement rates, and internships available, which are numerous. In fact, Walt Disney Company, mentioned above, offers a wide range of internships in partnership with educational facilities.

A few of the higher education choices for the LA area include the following Public Schools:

Native American College in Los Angeles, the state's only Tribal college, closed in 2005, but many of the other schools offer Native American Studies and some are home to ongoing in-depth studies of the surrounding Indigenous Peoples in California, the Southwest US, and Mexico. The graphic at right shows many of the language groups that already have been discovered and studied.

The city is huge, and so are the opportunities for spectator sports, recreational sports & activities, and even jobs related to these industries that associate themselves with Travel and Tourism.