Bellevue, Nebraska is the fastest growing city in the state for two reasons, among others. These two major sources of economic growth are

Offutt also rents space to a number of tenant businesses - the United States Strategic Command, the US Air Force Weather Agency, the Heartland of America Band and many others.

In another dimension of diversity in Bellevue, Offutt AFB deploys on a range of various missions locally and with global reach in an updated, savvy, 21st Century US Air Force. In fact, all branches of the US military enjoy a presence at Offutt AFB. An employee/service pool includes over 10,000 people and rivals Bellevue's WalMart as a large employee group.. 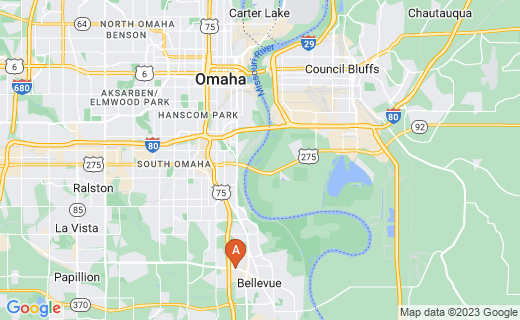 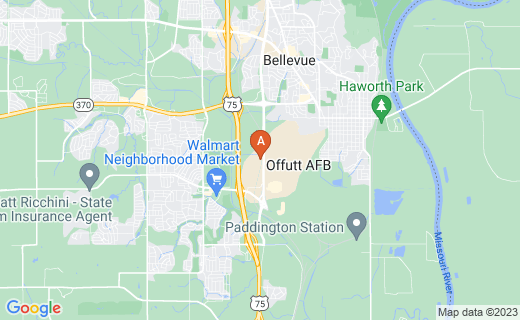 Fur Traders In Nebraska in the 1800s

The Pawnee Nation controlled Nebraska before the advent of white settlers and remain in the state on a federal reservation. They were well known for fur trading with Euopeans in the 1700s.

Bellevue was founded on the site of a fur trading post constructed in 1822 by Joshua Pilcher and the Missouri Fur Company out of St, Louis, Missouri. It was renamed Fontenelle's Post for a French fur trader popular in the area. In fact, be bought the trading post in 1828 for the rival American Fur Company.

Beside the Pawnee Nation, the Omaha, the Otoe, and the Missouri Nations traded there, especially with the French and French Canadians, who named the settlement growing around the post Beautiful View in French. The view was that of the nearby vista of the Missouri River. It is a drawing car to day for tourism and business.

The US Federal Government bought the trading post in 1832 for Missouri River Indian (or “Bellevue” Agency. A Baptist Indian mission followed shortly and the trading post fell into disuse after 1842. Fort Crook was built and later became the current USAFB, contributing through the US Army Air Corps (especially the 61st Army Balloon Company) and the USAF throughout WWI and WWII, adding units of all the military services.

An underground bunker on base was used by the Administration for planning a response to the 9/11 attacks on the World Trade Center in NYC.

During the post-WWII Cold War, one of the US military generals and rotating support personnel from Offutt flew 24/7 on an EC-135 from February 3, 1961 to July 24, 1990 in Operation Looking Glass. This provided an in-the-air command base in case war was declared during those 29 years.

The Bellevue Chamber of Commerce was founded in 1961. Its Board of Directors is all volunteer, accepting no payment. With a professional paid administrative staff, the Chamber implements and follows up on a long-term economic development plan that has made Bellevue the fastest growing place in Nebraska.

The Preschool -12 public education system in Bellevue/Offutt leads the state in proficiency testing scores and produces the largest percentage of high school graduates in Nebraska. Many graduates proceed to local colleges, universities, and technical/career school with ambition and dedicated goals. Graduates of higher education often stay within the state, unlike graduates of Midwestern states like Ohio in the early 2010s.

A second local education system is available in Bellevue, made up of private schools that are faith based. These include the following denominations: Catholicism, Seventh Day Adventist, and Non-denominational,

In all PS-12 schools and classrooms in Bellevue, the Pledge of Allegiance is recited every day.

As the largest employer in the region, by number of workers on the job, Con-Agra aggressively promotes continuous improvement in products, revenues, customer perspective, and employee productivy and health.

Hundreds of jobs are open in the Bellevue-Omaha area as: