HubNuggets - There Should Be An App for That

Why Isn't There a HubNuggets App?

You've all seen the iPhone commercials boasting 100,000 (and counting) available Apps. Supposedly, there's one for everything you can think of. Well, I checked and there is no app for HubNuggets. I think there should be and I'm hoping that some developer will pick up the ball and correct this gross oversight. To help the cause and speed things along, I've outlined what I think the HubNuggets App should do.

First of all, it needs to look really good and be easy to use, that's a given. More importantly, it needs to put HubNuggets at the fingertips of every iPhone owner on the planet. That's right, we want total world domination.

Everyone with an iPhone or iPod Touch would have a live feed and be able to read and vote for our beloved Wannabes, the second they're published in the weekly HubNuggets contest. Just think of the exciting possibilities! There could be hundreds of thousands or maybe even millions and billions of readers and voters. *sigh*

What Else Our HubNuggets App Would Offer

* GPS directions to B.T. Evilpants' lair and pictures of his illegal border crossings for the purpose of smuggling Canadian butter tarts

* In app purchases to be determined

I'm sure you'll agree that this is a terrific idea. Do we have any takers out there who are willing to develop this application? It'd sell a million through iTunes, I'm sure.

While we're waiting to see which developers are going to jump on this bandwagon, why don't we read some HubNuggets? Please don't forget to cast a vote for your favorite because you know the top five get something very special.  If you're not sure what, you haven't read the how-to.

Blog it, Stumble it, Facebook it, Digg it, whatever you can think of to drive up your votes. And yes, you can vote for yourself. The HubNugget police won't come after you, I promise.

It isn't just fellow hubbers that can vote, either. Everybody in the world is allowed to vote for your hub, so promote the bajeebers out of it! Tell your friends, family, co-workers, the guy behind the counter where you get your coffee, your mechanic, the teenager at the gas bar. Tell anybody and everybody to come and vote for your hub!

CAUTION! No promoting or linking allowed in the forums or comments boxes and don't even think of mass emailing - that's spam.  Do any of these, then the HubNugget police will come after you.

This is where you cast your vote. Just click on the circle next to your selection then click "Vote"

Thanks for Voting to Support Our HubNugget Wannabes!

Thanks for coming by! Our Wannabes really appreciate your support. Don't forget to come back to see which five hubbers win this week's contest.

Meantime, any takers on this brilliant HubNuggets App idea?

Some Previous HubNuggets For Your Reading Pleasure 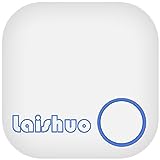