Hubnuggets Gone With the Wind

Last week the crew participated in Tactical Officer RedElf's film project while waiting to see where our tumble through the cracked mirror would transport us next. Everyone participated except Ensign Hank, who is still busy pretending that he's Dorothy from The Wizard of Oz in hopes of evading consequences of his actions. All others enjoyed the distraction but our reverie wasn't to last long.

No sooner had Officer Elf yelled, "That's a wrap!" then we were off again, swept from our feet and hurling headlong to some unknown time and place. It was like flying down a long corridor with many doors on either side. There were signs above each identifing a period of history. We sailed past The Roaring Twenties and whipped right by the door that entered into Jack the Ripper's time. No doubt about it, we were going backwards in history which is exactly the opposite direction we were hoping for. At this rate, we would never again board our beloved Hubbertise.

How far back will we go? Where will we land? Did anyone grab the nuggets before we got pulled into this wild, windy time tunnel?

It reminded me of that ancient movie, The Time Machine or that cartoon my great-great grandmother told me about with Professor Peabody and Sherman. The crew kept spiraling backwards, past decades and eras we'd only heard about in the history discs that we received from Admiral Menayen at the request of Commander Ruud. Thank Heavens Maddie made that arrangement! We may have to rely solely on that information to survive whatever world or time we land in.

Back and back we go until suddenly, we are pulled violently (I broke a nail!) through an opening and dropped into a land of sweet smelling magnolias. Hey, maybe this wasn't going to be so bad afterall.

Sitting there for a few minutes sprawled on some grand estate lawn, we determined that all were unhurt and accounted for.

My right hand jackalope, Commander Evilpants was the first to speak, "Think they have some of those fine, sweet butter tarts here?"

"Why, Mr. Evilpants, I'd shurley be happy to whip you up a batch if they don't," replied the always domestically thoughtful Security Officer Zsuzsy Bee. Of course, she was assuming that this strange land had ovens and the correct ingredients.

Our ever practical and level-headed Officer Sci-Pi had a concerned look on her face. "I do declare! Why are you all talkin' with a suthern accent? And Heavens to Betsy, where are those nuggets?"

Tactical Officer RedElf couldn't help but make an observation, "You all sound mighty pawculiar." Then Sci-PI's last statement hit RedElf like a canon ball. The kitty stood on her hind legs, slapping the back of one paw onto the palm of the other. "I do dare anybody or anything to keep those nuggets from our readers!"

Startled at the idea of our losing nuggets again, Lt. Commander Ripplemaker chimed in, "Oh dear, oh goodness gracious! I hope there's no problem with the HubNuggets! We just got them back from that whole Hoochie Koochie kerfluffel, not so very long ago."

As Captain, it was my duty to try and calm the crew so we could figure out where we were and formulate a plan to get the nuggets and deliver them to the readers for voting. It wasn't easy but it didn't take too long before everyone had quelled their panic. They are professionals. Our biggest challenge would be this sudden propensity for speaking in old southern accents that sort of roll off the tongue like molasses.

I decided that we should stay together for fear that the time machine would grab someone and send them to who knows where while leaving the rest of us here. In order to better ascertain our position and get a better sense of our surroundings, we set out across the great green lawn to see what might lay beyond it. 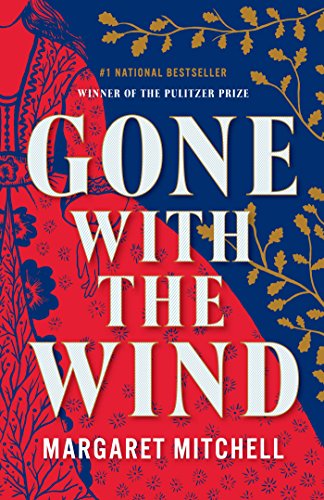 Before too long, our team came upon huge mansion, all whitewashed and graced with old willows and ancient magnolias with trunks the size of outhouses - double seaters! It looked like the kind of place where someone could easily hide a big batch of nuggets. Inside, the cavernous rooms had enormous windows bearing opulent draperies. Officer Bee was quick to notice them.

"L'an sakes! You could make a floor length dress outta those," said Officer Bee. She had one of those tailor-type gleams in her eyes. Zsuzsy had already drawn up a pattern and figured out her stitching while standing there.

Command Evilpants had surveyed the place quietly, from where he stood inside the door. "Ah'll just join those gentlemen smoking cigars over thar in that room, see what they know."

The always practical Commander Sci-PI was all over that idea. "Ah think you are a little different from what these refined folk are used to, Commander. Ah suggest a covert approach."

Just then, Officer Red Elf piped up. "Well, ah do believe that ah have a plan. Commander Sci-PI is right, we all stick out like dessert forks at dinner. Why doesn't Officer Zsuzsy Bee make herself a period costume outta those dusty old draperies, so she can blend in with the ladies at the barbeque and gain some intelligence?"

"Now that you mention it, there is a rather handsome gentleman over yonder that ah wouldn't mind battin' my eyelashes at." Zsuzsy was fanning herself furiously. Where she got the fan, I don't know.

"Ma dear Ms. Bee, ah would avoid that one. You kin tell jus' by lookin' he doesn't give a damn," advised Gentleman Jim Evilpants.

Suddenly, Lt. Commander Ripplemaker burst into the foyer. The discussion about our plan was so intense that no one noticed that the angelic chaplin had slipped away. "My goodness! Has anybody thought to look in that room 'round the corner with the big ole sign over the door? The one that says, 'STORE ROOM'?"

Well, to make a long story short, our darlin' Miss Ripplemaker once again saved the day. Ahr precious little nuggets were indeed, safely ensconced in that big ole drafty room. We blew the dust off those dear things and present them here to you now.

Please, won't you do the authors the honour of giving their little ole hubs a read? That's mighty nice of you. Oh and please don't forget to cast your vote for your favourite in each one of those very important categories. Why, not doing so would be a proper shame! The ones that git the highest percentage of votes will git spotlighted in the newsletter, you know.

Which one of this week's Fashion & Beauty nominees is your favorite?

54 people have voted in this poll.

Which one of this week's Politics & Social Issues nominees is your favorite?

49 people have voted in this poll.

Which one of this week's Travel & Places nominees is your favorite?

36 people have voted in this poll.

Some Other Fine, Fine HubNuggets Hubs

Okay, You Fine Ladies and Gentlemen

All you hubbers start promotin' your glorious hubs, now. Go on, skeedaddle! You want your little ole hub to win, doncha? Go ahead and blog about your nomination as a HubNuggets Wannabe and ask people who visit your blog to vote for you if they like your hub the best. You can use your social networking accounts, too - Digg it, Tweet it, Facebook, etc.

Gather up a rabblerouser of votes and see if you can get the highest percentage and get you and your darlin' hub spotlighted in front of more than 50,000 newsletter readers. That's a lot of potential traffic.

Good luck to all of our wannabes!