History of Botany: Part 1, from the Ancient Greece until the European Renaissance

THEOPHRASTUS: THE EARLY CLASSIFICATION AND THE BEGINNING OF BOTANY

The first known illustrations of plant species come from the Neolithic era and all the information about plants was transmitted orally and was mostly about plant utility on human life, whether as food, medicinal use, poison or used for building things. The few records that got to us from ancient societies in Egypt, Mesopotamia, China and India were mostly about the medicinal use of plants, although in all of them there also plants which were also grown for ornamental purposes. However, most of the biological records of discoveries and descriptions of plants species before the fourth century BC have either been lost or are too fragmentary to be useful. The true development of Botany as a science happened during the fourth century BC. The word botany comes from the Greek “botané”, meaning grass, fodder, from which the Latin word botanicus, meaning plant, herb, derived. The famous Greek philosopher Aristotle wrote several scientific essays, primarily about animals. Unfortunately, all of Aristotle's writings about plants have been lost,although there are many botanical observations scattered throughout his other writings. However, they give little insight into his botanical thinking and it was his brilliant student and close friend, Theophrastus of Eresos, who is credited with giving us the first known classification system for living organisms – Historia Plantarum, the Latin for "History of Plants”. Theophrastus is thus considered by many the Father of Botany. In his work, Historia Plantarum, Theophrastus described the parts, uses, and habitats of plants, and sorted them primarily by the different forms of their leaves and whether they were trees, shrubs, or herbs. In doing so he classified nearly five hundred plant species in detail, often including descriptions of habitat and geographic distribution, and he recognised some plant groups that can be recognised as modern-day plant families. As he states in the beginning of his work: “We must consider the distinctive characters and the general nature of plants from the point of view of their morphology, their behaviour under external conditions, their mode of generation and the whole course of their life”. Some names he used, like Crataegus, Daucus and Asparagus are still in use today. Theophrastus also wrote Causae Plantarum (Causes of Plants) which were basically his lecture notes for the Lyceum, in Athens. In this second work he covers plant growth and reproduction (akin to modern physiology) and he also noted that plants could be annuals, perennials and biennials. Plants were also either monocotyledons or dicotyledons and he also noticed the differences in plant growth and details of floral structure, e.g. petals, position of the ovary, and other morphological data. These first works of Theophrastus thus comprise the first clear scientific description of the rudiments of plant anatomy, physiology, morphology and ecology presented in a way that would not be matched for another eighteen centuries. In fact, in Western Europe, after Theophrastus, botany passed through a black period of about1800 years with very little progress made and, in reality, many of the early insights were lost. 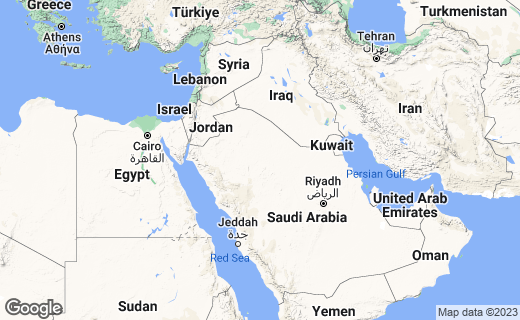 THE ROMAN EMPIRE AND THE MIDDLE AGES

For several centuries after Theophrastus, many new classifications were written by Greek and Roman scholars who greatly contributed to the study of medicinal plants. Probably, the most important of these works was De Materia Medica (about materials medicinal) written in first century AD by the Greek physician, then working for the Roman army, Pedanius Dioscorides. It is a full synthesis of ancient Greek pharmacology that was the main text on medicinal herbs, both oriental and occidental, for fifteen hundred years until the dawn of the European Renaissance. It was then extensively copied throughout this period. Although rich in medicinal information with descriptions of about 600 medicinal plants known at the time, the botanical content of the work was extremely limited. Nevertheless, it became the principal book of plant classification in the Western civilization for nearly 1,500 years. It is estimated that at the time of the Roman Empire between 1300 and 1400 plants species where known in the Western World.

On the opposite side, as Europe faced the Middle Ages when feudalism, obscurantism and indifference to learning ruled, China, India and the Arab world enjoyed a golden era of knowledge and scientific development. There are several examples of many encyclopaedic accounts and treatises compiled by Chinese, Arabic and Indian authors from that era. However, many lack scientific or experimental methods to support the records and none matched the extent and rigour of the Greek texts. However, many Greco-Roman texts were preserved, copied and extended during the Islamic Renaissance, between the ninth and thirteenth centuries, when Islamic culture and science flourished. Of notice there is the work of Abu al-Abbas al-Nabati, in the thirteen century, in Andalusia, in Spain, then occupied by the Arabs. He developed a scientific method for studying plants and his work is thus very important as he introduced empirical and experimental techniques for testing, describing and identifying numerous medicinal plants. He was also thorough and careful on separating unverified reports from those supported by actual tests and observations. In Europe, the little knowledge gained during the Middle Ages was mostly due to the numerous travelers, mostly for war purposes and have contributed very little to extend the knowledge about plants. Not only they had no exact powers of observation but also lacked the necessary previous knowledge and preparation. This was mostly due to their almost absent scientific education.

Several European botanists and physicians used the work of Dioscorides during the fifteenth and sixteenth centuries as a basis for their herbals. Herbal is an illustrated collection of descriptions of plants for medicinal purposes, usually with information on their virtues. Although some of the herbals had excellent drawings, they contained much folklore, prejudice and many stories that became legends and lacked scientific rigour. During that time, the herbals also led to the development of the Doctrine of Signatures, which held that if a plant part resembled a part of the human body it would be useful in treating ailments of that part. For example, walnut meats, which resemble tiny brains, were used to treat brain disorders, and Hepatica leaves (liverwort), whose lobes resemble those of the liver, were used for liver ailments.

In the beginning of the fifteenth century, classification of plants became more complicated as European explorers returned to Europe with many new plants from other continents. These started with the Portuguese discoveries and soon after Spaniards and Dutch explorers also increased the number of plant species brought and presented to Europe. As the plants accumulated, botanists began to turn their attention from medicinal plants alone to classifying and cataloguing all types of plants. This effort was aided by the practice of categorizing each plant by a few unique features. By 1623 the Swedish botanist Gaspard Bauhin had used his method to classify about 6000 kinds of plants. Many of the plants he classified had two-part Latin names. All of this occurred more than one hundred years before the great and famous Swedish botanist Linnaeus introduced the binomial system of nomenclature, which we still use today.