History of Botany: Part 2, The Development of Taxonomy

THE NATURAL RELATIONSHIPS OF PLANTS

Many botanists of the late seventeenth and early eighteenth centuries focused nearly all of their work on classification. To these scientists, to name a plant was to know a plant. Among these botanists was John Ray, whose three-volume Historia Plantarum was a detailed classification of more than 18,000 kinds of plants. Contrary to most naturalists of his time, John Ray was not a physician. In his book, Ray divided the flowering planes into dicotyledons and monocotyledons. Ray's classification was significant because it grouped plants on the basis of multiple similarities rather than on just a few key features. This was a notable advance in thinking, because it started to show the natural relationships of plants – what we would now call their evolutionary relationships – even though Ray still believed species to be unchanging. Ray's natural classification, coming more than a century before Charles Darwin's ideas about evolution, was prophetic; many of the plant families defined by Ray are still recognized today. In addition, Ray was also the first who defined a species in biological terms based on the distinguishing features that perpetuate themselves in propagation from seed.

CAROLUS LINNAEUS AND THE DEVELOPMENT OF TAXONOMY

Carolus Linnaeus merits special attention in any discussion of the history of classification of living things because he is credited with giving two-part scientific names to organisms, which taxonomists still do today. Linnaeus even converted his original Swedish name, Carl von Linne, to the two-part Latin version we use today, Carolus Linnaeus. His system is called the binomial system of nomenclature because all of the scientific names of organisms have two parts; that is, they are binomials. Linnaeus' classification was published in 1753 in a two-volume set called Species Plantarum (Species of Plants), which included about 7300 kinds of plants. Strongly and directly influenced by Ray's works on the development of taxonomy, Linnaeus tried to do more than simply publish long lists of plants with Latin binomials. He also organized plants into twenty four classes. These classes were based primarily on the features of stamens (the organs of a flower that produce pollen), including the number of stamens per flower, whether or not they were fused together, and whether or not they occurred on the same flower as the carpels (the organs that produce the ovule and the seed in flowers). For example, plants in the class Triandria had three stamens per flower, and those of the class Monadelphia had fused stamen filament. In addition, within each class of plants with flowers, Linnaeus recognized subunits based on the number of carpels. Organisms such as fungi and algae, which lack flowers, were placed in a class of their own.

Since Linnaeus' classification was based on a few reproductive features, it often did not reflect natural relationships, and is therefore referred to as an artificial classification. Nevertheless, the system was more convenient and more comprehensive than any other system available at that time. When Linnaeus began his work, it was customary to use descriptive Latin phrase names for both plants and animals. The first word of the phrase constituted the genus (plural: genera) to which the organism belonged. For example, all known poplars were given phrase names beginning with the Latin word Populus. Similarly, the phrases for willows began with the word Salix, those for roses with Rosa, and those for mints with Mentha. The complete phrase name for peppermint was Mentha floribus capitatus, foliis lanceolatis serratis subpetiolatis or "Mentha with flowers in a head, leaves lance-shaped, saw-toothed, with very short petioles". Although such more-than-a-mouthful names were specific they were far too cumbersome to be useful. In addition to including a referenced list of all the Latin phrase names previously given to plants, Linnaeus also changed some of the phrases to emphasize similarities among groups of plants, and he limited the phrases to a maximum of twelve words. Furthermore, he used such similarities for placing groups of plants in the same genus; each member of genus was called a species. In the margin next to the phrase, Linnaeus listed a word that, when combined with the genus name, formed a convenient abbreviation for a species. For example, Linnaeus adopted Vitis, the first word in the Latin phrases for grapes, as the genus name for grapes. The word vinifera was placed in the margin next to the phrase describing the common wine grape, and the word vulpina next to the phrase for the winter grape. In doing so, Linnaeus designated the abbreviated names for two species of grapes as Vitis vinifera and Vitis vulpina. Similarly, peppermint was designated Mentha piperita.

Although Linnaeus originally considered the phrase names to be the scientific name of plant species, he and those who followed him eventually replaced all the phrase names with abbreviated ones; that is, with binomials. Today all scientific names of plants are binomials. In addition, the complete scientific name also includes the initials or name of the person or persons who first described the species. Accordingly, the scientific names of plants that were first described and named by Linnaeus still bear an L. after the binomial. Thus Mentha piperita L., Plantago major L. (common plantain), Populus alba L. (silver poplar), and Hedera helix L. (Common ivy) are current scientific names that came from Linnaeus. Plant species that were discovered after Linnaeus, such as Arctostaphylos canescens Eastw. (hoary manzanita), bear reference to more recent taxonomists. In this case, Eastw. is a standard abbreviation for Alice Eastwood, who was curator of botany at the Califonia Academy of Sciences for the first half of the twentieth century. In contrast to plant names, the full scientific names for animals do not include references to authors of species names. Many plants have two authorities listed after the Latin binomial. The full scientific name of the giant sequoia, for example, is Sequoiadendron giganteum (Lindl.) Buchh. In this instance John Lindley, a nineteenth century English botanist first described the giant sequoia and gave it the binomial Wellingtonia gigancea. However, the name Wellingtonia had already been used for a genus of dicots, and so Illinois botanist John Buchholz later transferred the giant sequoia to the genus Sequoiadendron. Since both botanists helped form the scientific name by which the giant sequoia is currently known, both are cited after the Latin binomial. The author of the original description is given in parentheses.

By the end of the eighteenth century, botanists had begun to oppose to the artificial system of Linnaeus because his system often placed unrelated plants together. For example, cherries and cacti were placed in the same class because they both have many stamens per flower. Instead, the development of a natural system became a major goal of classification. As in Ray's earlier classification, however, the idea of a natural system had evolutionary foundation. Rather, natural systems of classification were meant to reflect the divine creation of related groups. The most significant of the natural systems of classification after Linnaeus included Genera Plantarum (Genera of Plants) by French botanist Antoine Laurent de Jussieu; Prodromus Systematis Naturalis Regni Vegerabilis (Forerunner of the Natural System of the Vegetable Kingdom) which was started by the Swiss botanist Augustin Pyrame de Candolle in 1824 and finished by others fifty years later; and another Genera Plantarum, this one published from 1862 to 1883 by two Englishmen, George Bentham and Sir Joseph Dalton Hooker. Jussieu’s Genera Plantarum is credited with creating wide acceptance of the idea of natural systems. Candolle’s Prodromus Systematis Naturalis Regni Vegerabilis was essentially a large scale expansion of Linnaeus’ Species Plantarum. Nevertheless, it included many new families and original descriptions of plants, several of which remain the only worldwide treatment of certain groups. Bentham and Hooker’s classification was based on the natural systems of Jussieu and Candolle, but Bentham and Hooker used their own descriptions of plants rather than relying on previously published ones. Partly for this reason, Bentham and Hooker’s work remains an important resource for plant taxonomists today. 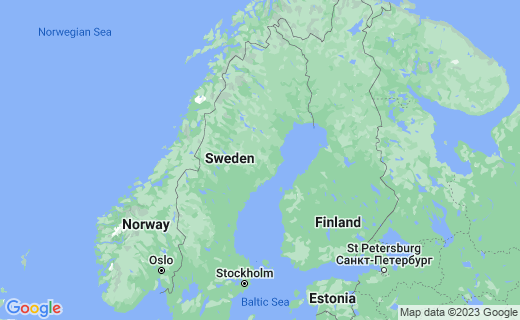