The Rare Earth Equation Vs. The Drake Equation

The Rare Earth Equation and the Drake Equation are opposed in their findings. The first considers all the possible variables (continually adding more) required for life to exist in our solar system on earth. These variables include approximately 34-37 variables or more, all held within specific range values that, all variables together, permit life to exist on Earth.

This equation is reportedly used to support the Intelligent Design position over the Big Bang stance on creation of life and the universe(s).

The Drake Equation results in findings that suggest a sizable number of possible Earth-like planets with humanoid populations.

Drake and Life In the Milky Way

The Drake Equation examines the probability of life in Milky Way Galaxy from another direction, beginning with the total number of stars in the galaxy and whittling it down by percentages presented by 8 or so variables (please see Links). This results in a number around 10,000 for the possibile earth-like planets in Milky Way Galaxy that potentially support humans or humanoid life.

While the Rare Earth Equation has reportedly replaced the Drake Equation in authority and accuracy, even more variables might be included month by month, making life on Earth even more rare mathematically.

There may still be life in other galaxies or universes, but so far away that we would never meet without the Transwarp Drive of Star Trek creation. It is all possible, those not probable in this century.

We do have clearsteel from Star Trek creation, but it is not totally transparent. We can move a cluster of eight photons around a laboratory, teleporation style (2015). We do have artificial skin for burn victims, just not yet available in a spray can.

"I see an alien life form."

Ward and Brownlee : The Rare Earth, Opposed to the Drake Equation

Rare Earth: Why Complex Life is Uncommon in the Universe
Buy Now

A Rare Earth Considered in Another Equation

fp = fraction of stars likely to have planets,

fc = fraction of planets with life where complex life arises,

fl = percentage of a lifetime of a planet that is marked by the presence of complex life,

fm = fraction of planets with a large satellite (moon),

Apparently, the degree of tilt of each of the several axes of Sol and all the planets and moons in this solar system affect the Earth and its ability to sustain life. The size of all the moons of all the planets play a part as well.

There are so many elements to hold stable in order to sustain life on Earth!

I do not, of my own knowledge, know if we will ever discover with certainty whether there is humanoid or at least mammalian life elsewhere in the Universe(s). Maybe there is, maybe there is not; I would be happy either way. I think it may be too complex a problem to solve, but a very interesting one. I've written Hubs on UFOs and angels and such, so Hubbers and readers know that I am not against the notion.

While it is fascinating to consider in the realms of both science fiction and science fact, the process of the contemplation of the notion of extraterrestrial life is attacked and disrupted from outside by lobbyist factions. There is a politic of other-worldliness at work.

These factions include those that believe that extraterrestrial life is nonsense just on general principles (a pipe dream) and that the people thinking about it should get a job.

The Politics of Life in the Universe

What is certain is that we cannot break the speed of light (and get to other places "out there") by going faster. We can get closer to it by ½ of ½ of ½ the speed and distance remaining and so on, but never get there while governed by the laws of physics in this dimension, so far. Photons were transported across a lab in 1996, but they were slightly different on their arrival on the other side. We would be somehow rearranged if we could travel in this manner.

One argument against other life in humanoid form is that Christ died for humans and not for aliens, so they can't go to heaven. If they exist, maybe they don't need to get to heaven in that way. After all, Christ did not die for the angels and they are reportedly there and in the air. Other religions and faiths have their own issues with this. So, to settle this in my own mind, I say that if alien humanoids do exist, then perhaps they do not have the same relationship with God that any/some humans do and they do not need to be required to have it.

CS Lewis wrote The Space Trilogy about this type of thing and you can read about it in some of my reviews at About.com Classic Literature at:

Is the Cost Too High?

"Because the huge Universe exists, there must be something in it" is akin to saying that an empty refrigerator is so big that it must contain some sort of food. 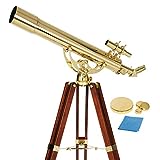 As far as the universe goes, perhaps there is a finite amount of atomic matter in it and Earth has used most of it up on humans and waste. Or not. Considering the refrigerator, perhaps the filler of the refrigerator was too tired to go to the Galactic Grocery.

Or consider this statement: A man has two legs, therefore he should walk. -- Not if he is paralyzed.

We have additional factors to consider besides the size of the Universe(s) in order to determine whether sentient life exists elsewhere than on our planet. Much of Outer Space is a vacuum with absolutely nothing in it.

There are those whom we may call Star Gate Believers, those who feel that life on Earth was put here by visiting aliens of an Egyptian ancestry. There is one such group that believes a giant UFO is buried under the Pyramid of Gizeh, ready for an escape by the chosen few (they say from England) at the end of the world. Star Trek: The Next Generation presented this same type of message, except the umbrella species, the Dominion, was made up of bald shape-shifters that lived joined together as an ocean. Another Star Trek episode presented evidence that all humanoid races were seeded by another umbrella race. Many people believe that idea.

Some people think mankind lived on Mars first, then man's waste and global warming ruined that planet and seeds of man were sent to Earth, the next habitable member of our solar system.

I feel that it's legitimate for scientists, SETI, The Mars Society and such otherr organizations to actively continue to search for extraterrestrial life and to plan communities on the Moon and Mars, unhindered by factions. As long as funding is available - especially private funding - I think we should pursue the equations and the research to their natural conclusions. Tax dollars should likely be used for more "down to Earth" problems.

It may prove that we have lttle chance of meeting the other life out there in the Universe(s), at least in this century.

Part of the desire to find extraterrestrial life is sometimes a wish find a point of origin and/or to find another system in which to succeed, because life on Earth is too frustrating, painful, or unexplained at times. It's the running-from-problems sort of thing for some folk, buit not for all. Some would relish the chance to meet more humans and humanoids - to exlpore new worlds and new civilizations with greater hope for the future.

The Answer is Out There