Before watching the Women's Slopestyle Snowboard Qualifier as an Olympic debut a day before the official opening ceremony in Sochi, my ears were plagued by news upon rumor of the slope part of slopestyle (snowboarding and skiing) being a deathtrap.

One woman already lay paralyzed in a Utah hospital as a result of a training run. A man broke a collarbone.-- At least he could still walk. The course was adjusted after Olympians old and new offered criticisms of the layout.

Canadians Parrot and Toutant (both in the Top 8 Qualifiers, Parrot being Number One) clearly wasted their winning energy in bad mouthing Shaun White.

Sage Kotsenburg, a 20-year-old man from Utah, earned an impressive 93.5 on his FIRST run for the medals. That score was not topped by anyone else in any run.

Congratulations, Sage for winning, and for good sportsmanship!

A multiple champion in several iterations of winter sports games, Shaun White himself pulled out of the new slopestyle snowboarding event. Not being his best overall event, if he continued to injure himself in that one following a jammed wrist in a training run, he might have to miss the half-pipe event and his chance for a third straight Gold Medal for the USA and himself in that one.

It takes only one injured joint to throw off a sportsman. Olympians and professional athletes experience millions of dollars in physical therapy and medical treatment each year for muscle and joint injuries. Sometimes, they never recover.

True to the nature and frequency of 21st century bullies, two young men on the Canadian men's slopestyle snowboarding team bad mouthed and down tweeted White for making a wise business decision. If you recall, one of the younger, less experienced, male swimmers in the London 2012 Summer Olympics criticized the man who won more Gold Medals than anyone previously in a Summer Olympics (Michael Phelps) for not winning even a greater number.

These are examples of poor sportsmanship in both winter and summer Olympiads. They are bad behaviors, inappropriate to the Olympics, and specimens of bad taste.

Derogatory tweets about White from the two Canadians were erased, but had already been picked up and rebroadcast by the media.Such behavior causes me to reconsider future visits to Canada, based in the possibility that that nation's youth are becoming as negatively aggressive and rude as that of some other countries - I might find youth gangs developing in the True North, if I return.

Add the behavior of the two Smack Tweeting Canadians to Justin Bieber and his descent into the maelstrom and I could almost become disappointed in Canada.

Thankfully, Spencer O'Brien in the Women's Slopestyle Snowboarding competition makes up for all three of the off kilter young Canadian men. Besides being a good snowboarder and a good sport, she is an Ambassador of the Kwakiutl Nation, one of my favorite First Nation/Native North American groups. As some Russians say, I am watching her with every one of my eyes.

High In the Western Caucusus 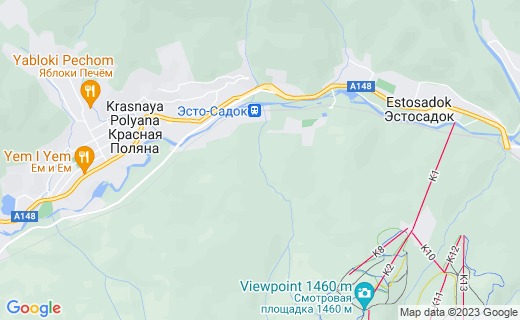 The women of slopestyle snowboarding made it look easy, however, until one landed face down - HARD - as of she'd fallen on wet cement and slid two blocks. She got up and walked away, though.

Of the runs down the slope I viewed, Torah Bright's and Jamie Anderson's were the best, with highest/longest air time, smoothest landings, best balance, and least extraneous movement. They both moved as if the board was part of their legs. Jamie's arms flailed only once and Torah's not at all. Spencer O'Brien was nearly as good as well.

The standings for the women in this qualifier were:

This event is still dangerous, despite adjustments. Sarka Pancochova fell at the end of her run and lay, unmoving, for many seconds, was checked over by medics, and got up and finished her run. However, she discovered that her helmet was cracked in half.

More About Sochi Past and Present

The Ice Skating Team Relay on February 5 did not go well for the United States. This first day of the event covered Men's Singles and Pairs Short Program.

Yurzuru Hanyu of Japan gave the best performance in the Men's Singles, placing Japan in the lead after the individual men were finished skating. He looked and moved elegantly, was well groomed and showed a pleasant smile. His background music was lighter and more buoyant than that of the other men.

Evegeny Plushenko placed second and performed admirably for one who has suffered so many spine and knee surgeries by the age of 31. However, he had two or three days' of ugly whiskers that made him look seedy and his music was heavy and depressing.

Jeremy Abbott of the USA performed dismally and was mortified by his low score, considering his practice sessions had been outstanding. So it goes. America was 7th out of 10 after the Men's Skating concluded.

After the Pairs Short Programs, the overall points tally showed Russia in first place, Canada in second, and China in third for the first half of the event. USA? - 5th place out of 10.

Five teams would be eliminated before the finals' long programs later in the week, with Ladies' Singles and Ice Dance short programs to go before that.

After the elimination from 10 teams down to five teams, the standings in rank were the following:

Russia's Evgeni Plushenko and very young Julia Lipnitskaia earned maximum points in the Men's and Ladies' Individual Long Programs in the team relay and earned Gold for Russia before all the teams were able to have their long program ice dancing completed.

No one could catch Russia, especially the 15-year-old prodigy and the 31-year-old surgical wreck who still skates in top form. In fact, the performance of the Russian finalist ice dancers was more than jaw dropping.

Both dressed in black with sequin edgings, performing to Swan Lake numbers and having trained with Cirque du Soleil for style and innovation, their imagery and spinning lifts were shockingly unique - sharp blades and legs twirling around and under the male skater's neck, arms, and shoulders likely would have cut any one else to ribbons. He was unscratched and did lift after lift. The muscle control of both skaters was incredible. -- How Elena Ilinykh and Nikita Katsalapov came in third, I do not understand. However, America's White and Davis won that portion of the event, the Canadians, Virtue and Moir, being second.

The Russian performances in the first Olympic Team Figure Skating Relay event should be on a DVD.

Norway's Staale Sandbech won the Silver and Mark McMorris (the Canadian who had something reasonable to say about Shaun White) won the Bronze.

Congratulations to all three on expert performances and sportsmanship!

Dozens of men competed in these qualifiers. The top eight scorers were sent to the finals directly from their runs on February 5.

All the rest were required to compete in the semifinals, including the three Americans and Mark McMorris of Canada.

McMorris had said that he just wanted to compete against Shaun White and was unhappy that he will not have that opportunity. His teammates could take that example and make a better Winter Olympics.