Atropa belladonna L. is a perennial plant of the family Solanaceae, being some of its relatives our popular tomatoes, potatoes and tobacco. The deadly nightshade, as it is popularly known in the Anglosphere, is native to Europe, Northern Africa and Western Asia and has a distinct odor defined by some as nauseating. It prefers damp shady areas avoiding direct sun; hence its popular name. As you may well know all parts of the plant are toxic including its quite tempting and colourful shiny blackberries, which when ripen resemble black cherries. Because of this Atropa belladonna L. is also called the Devil’s cherry in some cultures. The deadly nightshade is usually a small branched shrub, rarely exceeding 2 m tall, with long ovate leaves and purple bell-shaped hermaphroditic light-scented flowers, as with many of the Solanaceae, which appear single or in pairs on the axils of leaves. Like with all plants, its vast arsenal of chemicals is made for defense purposes. However, its berries are sweet and therefore highly praised by many animal species that disperse the deadly nightshade tiny seeds through their droppings. The berries contain large quantities of seeds. All parts of the plant contain tropane alkaloids these are usually mostly concentrated in its root, although its content can vary between individuals due to growing conditions (including type of soil and its chemical composition), temperature and developmental stage. It is one of the most toxic plants found in the Western Hemisphere and for that reason it is rarely used in gardening, although there are some varieties and cultivars grown as ornamental plants.

Europe and the Mediterranean 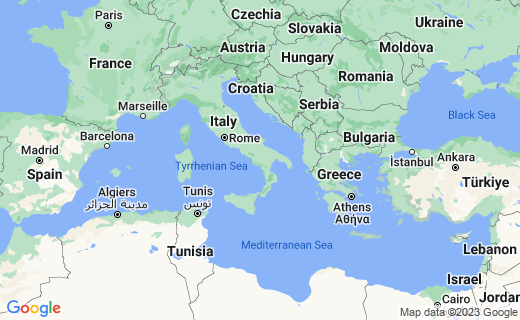 Although not traditionally cultivated, the deadly nightshade is long known to man and is usually surrounded by myth, fear and considered a wonder plant. It has a long history of use as medicine, cosmetic and poison. It was widely used to poison the tips of arrows. Greeks and the Romans knew about its toxicity very well. In fact, it was the weapon of choice when it came to choose the best and most subtle of poisons. It is said to have killed to Roman Emperors. Although not confirmed, some argue that Augustus, the first Roman Emperor, died at the age of 75 by consuming figs poisoned by his third and last wife Lidia Drusilla with deadly nightshade. Claudius, of the same dynasty, is also rumoured to have died from deadly nightshade poisoning at the hands of his fourth and last wife Julia Agrippina. Deadly nightshade extracts were also used as recreational drugs as it was often mixed in the wine of the famous Roman festivals known as Bacchanalia. The Bacchanalia were Roman festivals of Bacchus, the Greco-Roman god of wine, freedom, intoxication and ecstasy. These celebrations were famous for their gross manifestations of hysteria and hallucinations from theirs participants.

In medieval times deadly nightshade was widely used by sorcerers and witches. It was considered the devil’s favourite plant, having it the exclusivity of its use and cultivation. According to myths, every night the devil would spread himself his blood on this plant. Therefore, witches and sorcerers would highly praised Atropa belladonna L. considering it a valuable source of many powerful potions along with mandrake and other mystical plants. It was used to make flight ointments that were rubbed on the skin and genitals and drank causing hallucinations and sometimes feelings of levitation or flight. Sexual arousal and even orgasm was not uncommon and many witches would use this delusional and hallucinated state to predict the future. Given the amounts and the drugs involved it was almost obvious that no good thing could come out of this and therefore this practice was highly recognized as extremely risky and dangerous; often resulting in death. On the other hand, and contrary to witches, sorcerers and Satanists, peasants and most people feared this plant deeply and avoid it completely. Traditionally, in the Christian Europe, if any part of deadly nightshade was kept at home, this would call and attract evil spirits, allowing demons to attack their families, homes and livestock. Those who dared to contradict this rule would be visited by the devil himself who would later deal by punishing such boldness appropriately. Often, the death penalty was the ultimate sentence. According to the same beliefs, the attractive almost irresistible dark berries served to attest the gluttony of children. Those children that could not resist them would be punished with painful symptoms or even death.

The scientific name of the deadly nightshade, Atropa belladonna L., coined by Linnaeus, is quite interesting. Italian women used dropped mild tinctures of deadly nightshade, as part of their preparations for makeup, into their eyes to dilate their pupils so that they would become more beautiful alluring. Hence name belladonna (Italian for beautiful woman). Atropine, one of the alkaloids present in the deadly nightsahde has the effect of dilating the pupils, making them seem supposedly more attractive, by blocking the ability of contracting the iris in what is called as mydriasis. In Renaissance Europe, dilated pupils were considered more attractive because they dilate when people are excited, making eye contact much more intense than it already was. However, all this “excitement” often came with a price as it was not uncommon for people to suffer the adverse effect of blurred vision and increased the heartbeat. Prolonged use could cause blindness. No pain no gain as some might say … The species name might also originate from the Italian buona donna, a medieval witch doctor who treated the indigent with mysterious potions. Inspired by the deadly nightshade often fatal touch, Linnaeus created the Latin Atropa based on the Greek word Atropos. According to Greek mythology, Atropos was one of the three Fates who controlled the destiny of people. Atropos, known as the inflexible or inevitable, chose the mechanism of death and ended the life of each mortal by cutting their thread with her abhorred shears. She worked along with her two sisters, Clotho, who spun the thread, and Lachesis, who measured the length, the lifetime of every mortal.

The presence of a high amount of alkaloids in deadly nightshade, of which the most important are atropine, hyoscine (scopolamine) and hyoscyamine, is common in many plant species of Solanaceae. For this reason, deadly night shade is the Solanaceae species with more economic value and is therefore cultivated in small scale as a source for pharmaceutical/medical products. It is known that abnormally dry and sunny years tend to increase the amount of alkaloids present in the plant. Early physicians mixed up a potent brew of deadly nightshade, hemlock, mandrake, henbane, opium, and other herbs as a surgical anesthetic. Atropine still has medicinal uses today, e.g. being administered as an antidote to poisoning from nerve gas and pesticide exposure. Typically, atropine causes rapid heartbeat, confusion, loss of balance, sensitive to light, blurred vision, hallucinations, delirium and seizures these symptoms are so unpleasant that atropine is sometimes added to potentially addictive painkillers to keep patients from getting hooked. Medical students are often instructed to memorize this simple mnemonic trick to help them recognize the signs of deadly nightshade poisoning: “Hot as a hare, blind as a bat, dry as a bone, red as a beet, and mad as a hatter”. Madness in this case refers to meaningless and slurred speech, another very common symptom of deadly nightshade poisoning.