Known for a long time

The opium poppy, Papaver somniferum L., is the only species of Papaveraceae (the poppy family) that is an agricultural crop cultivated on a large scale worldwide. It is cultivated for the oil contained in the seed and the seeds themselves are also used as food. However, the main reason for its legal or illegal cultivation (especially in Central Asia) is its latex, which is drained by making incisions in the capsules (fruits) and from which opium is obtained. In addition, it is also available as an ornamental plant and is in fact quite popular for its flowers; several cultivars have been created for this purpose. Opium poppy is in fact a very old crop and the oldest archaeological evidences, images of opium poppies, date back to the Sumerian civilization around 5000 years ago, in ancient Mesopotamia, today’s Iraq, within its native region of the Mediterranean and West Asia. They were grown as ornamentals and also for their seeds. The making and use of opium was known to the ancient Minoans (today’s Crete) and the extracted obtained from the poppy’s latex was later named opion by the ancient Greeks, from whence it gained its modern name of opium. Papaver somniferum L. is closely related to another species of poppy, popularly known as the poppy of Troy, Papaver setigerum, that shares the same native region but with much less content in morphine alkaloids. In fact they easily hybridize and generally Papaver setigerum is considered the wild ancestral of the opium poppy.

Opium Poppies are easily recognizable by their large and colourful flowers. There are many subspecies and varieties in which colour, number of petals and shape of the flowers vary widely as well as the number of flowers, fruits, seeds and alkaloid content. When grown as an ornamental they are generally known and traded as common garden poppy with their smooth, bluish green leaves. Like all Papaveraceae, opium poppies have hermaphroditic flowers, with both male and female organs. Its shape and appearance is quite noticeable with many stamens (male organs) surrounding a compound pistil which results from the fusion of carpels (female organs). When fertilized, typically pollinated by insects, the ovary later develops into a blue green capsule capped by dried stigmas. It is in this stage that the milky latex is collected as it concentrates the most in this part of the plant; although it is exists in all parts of the plant, as one can easily notice by cutting a leaf, for example. Like in all plant species that produce latex, here latex serves mainly as a defense mechanism against herbivory. However, like cannabis, it has the opposte effect on humans. On top of the capsule there are pores from which the tiny seeds escape with the slightest breeze that moves the capsule.

The Mediterranean and Western Asia 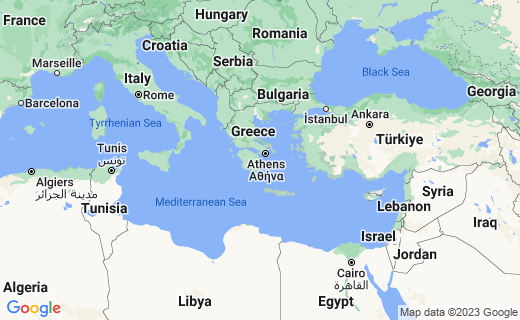 A solution to many problems

The ancient Greeks were well acquainted with the cultivation of opium poppy they portrayed Hypnos, Nyx and Thanatos, the gods of sleep, night and death, with the symbol of the poppy. Homer’s Odyssey mentions an elixir called nepenthe that allowed Helen of Troy to forget her sorrows; many authors believe that nepenthe was most probably an opium-based drink. Early Greek accounts, around eighth century BC, seem to indicate that the plant was used for euthanasia on some Greek islands where women used it in old age to shorten their time left until natural death. In 460 BC, Hippocrates was one of the first to emphasize the medicinal uses of the opium poppy and championed opium as a painkiller, outlining several methods for its preparation. He described poppy juice as narcotic, hypnotic, and cathartic and recognized the importance of the plant’s seeds as food. Theophrastus also mentions it and was aware of the somniferous properties of the poppy latex. Dioscorides wrote down the first poppy taxonomy in the first century AD, describing different kinds, of wild and cultivated or garden poppies. Dioscorides described two types within cultivated poppies with black and white seeds. Pliny the Elder, a Roman historian, wrote about medical applications of the plant. The Romans cultivated opium poppy before the republic. They mixed its seeds with flour to make bread. The Egyptians of Pliny's time used the juice of the poppy as a medicament. Galen wrote about its use to treat a variety of ailments, including eye and lung inflammation. Basically poppy leaves and capsules were boiled in water to create a juice that was later pressed and rubbed to create tablets. The latex collected from the capsules was then dried and used to form opium. These products were used in much the same way they are in many cultures today, to promote sleep and to relieve pain, indigestion and respiratory problems. Hebrew writings do not mention the species. On the other hand, there are one or two Sanskrit names, and the plant was also known to Persians, Armenians and later Arabs. These names are an indication of an ancient cultivation in Europe and Western Asia. Records of opium use as a recreational drug date back to the Middle Ages, it was combined with a few other ingredients and distributed as a medication called laudanum in the seventeenth century.

It almost destroyed a country twice

The cultivation of the opium poppy in India was mostly driven by the increasing demand from the Chinese that imported the drug and seeds. The demand was such that in the nineteen century the Chinese emperors tried to suppress the increasing imports of opium by wanting to make their own. This led the Chinese Empire to fight and lose two wars against the British in the First Opium War (1839–1842), and against the French and British in the Second Opium War (1856–1860). The practice of smoking opium appears to be a nineteenth century Chinese invention, till then opium was mostly eaten or drunk. There is no evidence showing that the Chinese smoked opium before the middle of the nineteenth century. The Jesuit missionaries to China in the seventeenth and eighteenth centuries do not mention it. In 1858, Don Sinibaldo de Mas, who was for many years the Spanish ambassador in China, wrote that the Chinese took the practice of consuming opium from the people of Assam, East India, where the custom had long existed. Such bad a habit, like the use of tobacco or absinth, was thus sure to spread.

In the first half of the nineteenth century, poppy seed oil was an important food crop, but large-scale production did not begin until European doctors first isolated morphine from the opium poppy latex in the mid-19th century. Opium prepared from the Papaver somniferum L. latex contains morphine, codeine, and other opiates traditionally used as painkillers. But, it was the drug company Bayer that introduced the most popular extract in 1888 when it continued the studies initiated by the English doctor Charles Alder Wright who synthesized a derivative in 1874; a much more powerful drug from the poppy that changed everything. Guess the name Bayer coined for its new product…Heroin. Bayer first sold it as a cough syrup for children and adults, but it was only on the market until 1913 when its addictive potential was confirmed and its production stopped. However, damaged was done and the drug-using crowd caught on and started taking heroin recreationally. The increase in heroin use led the U.S. government to clamp down, and by 1923 it was banned altogether. However, heroin use only continued to grow, the World Health Organization estimates that at least 9.2 million people use heroin worldwide. Today, about 90% of the world’s illegal opium comes from Afghanistan. Opium creates a feeling of euphoria but also depresses the respiratory system and can lead to coma and death. It interferes with endorphin receptors in the brain, making it difficult for addicts to make use of the brain’s natural painkillers. This is one of the reasons why withdrawal from heroin is so difficult. Despite its bad reputation, opium poppy is the source of medicinal morphine and codeine largely used in medicine apart from being very popular as source for oil seed and as an ornamental plant. Therefore, it is legally cultivated in many countries throughout the world and the flower continues to be popular among gardeners. The seeds used in baked goods, especially in its native Mediterranean region, are harmless in small quantities, but eating a couple of poppy seed muffins could cause a positive result on a drug test. 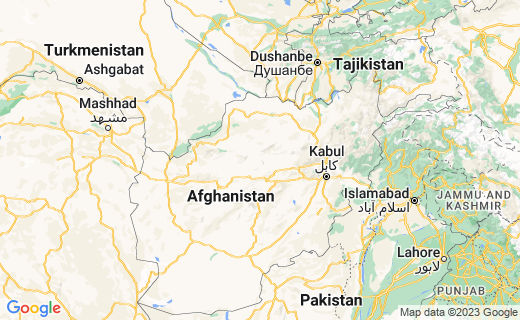