The Languid Globalization of Clove: from the Recondite Maluku Islands to the Sunny Guyana Coast

It is in the East

Until the eighteenth century clove (Syzygium aromaticum) grew only on a few islands in the Maluku Islands, in Indonesia. Although cultivated and exploited for many years by the Chinese and people from Southeast Asia, clove found its way to the Middle East and Europe around the first century AD. It was highly praised in Roman times, as with many spices coming from Asia. However to the Western world its true origin was only revealed by the Venetian explorer Marco Polo, in the thirteenth century. During the Middle Ages, the Arabs had the monopoly of clove trading with the West. Due to its high price and demand in the West, clove was one of the many commodities that inspired the Portuguese to look for alternative ways to get them and thus counterbalance the influence and domain that Venice and the Arabs had in the Mediterranean on trading with Europe.

Maluku Islands, the origin of clove 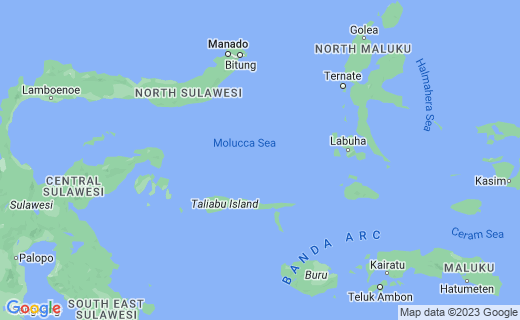 The conquest of Malacca, in Malaysia, was thus the turning point that allowed the Portuguese traders to take control of the profitable Indian Ocean trade, and opened the doors of a new world by establishing contacts with key market centres. The Portuguese thus confirmed the reports from Marco Polo about clove coming from the Maluku Islands. At that time clove trading was controlled by two centres, Malacca and Java. With this new information, Afonso de Albuquerque, the Portuguese viceroy in India, sent a small armada lead by Antonio de Abreu who later explored Banda and Maluku Islands; “… thus initiating era of conquest, which cost us many lives and too much work, because clove was always purchased with the blood of the Portuguese", according to Garcia da Orta, in his “Colóquios dos simples e drogas he cousas medicinais da Índia” (Conversations on the simples, drugs and medicinal substances of India), 16th century. The geography of the Portuguese discoveries is closely related and located in major centres of production and distribution of essential goods and luxury products. In fact, the conquest and control of Maluku Islands, also called the Spice Islands, as it is also from where nutmeg comes from, and the rapid Portuguese domain in the Indian Ocean trade was the main reasons that inspired Spain to promote the circumnavigation of Magellan's voyage to find an alternative way to get the same materials but avoiding conflict with Portuguese interests. The catholic kings Ferdinand and Isabella of Spain sponsored the unsuccessful voyages of Christopher Columbus, and their grandson Charles V later sponsored the voyage of Ferdinand Magellan. The appearance of Spanish ships in the Eastern seas posed practical difficulties on the division of the New World between Portugal and Spain, as determined by the bull of Pope Alexander VI of May 4, 1493, and later confirmed in the Treaty of Tordesillas, June 7, 1494. After contact with the rulers of the Maluku Islands, the Spanish crown showed interest in taking the islands. There were some serious disputes between the Portuguese and the Spaniards, however, clove continued to arrive in Portugal regularly in 5 ships per year. In that time, clove was then one of the most valuable spices, one kg costing around 7 g of gold. However, the profits of the Portuguese crown were not as substantial as with other commodities, taking into account the costs of equipping and maintenance expenses for such long and violent travels, often marked by constant shipwrecks, pirates attacks and smuggling. 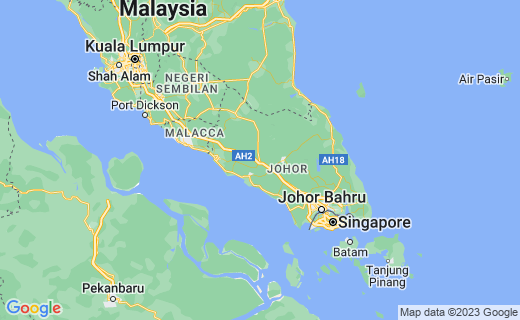 From East to West

Solved by the Treaty of Zaragoza, in 1529, the Portuguese presence in the Maluku Islands was consolidated and their main centre of clove production was established in Ternate Island, where they established a factory (trading post). However, the local ruler favoured the Spaniards interests and eventually expelled the Portuguese, who chose to establish themselves in the island of Tidore. In late sixteenth century several disputes erupted between Spanish, Portuguese and Dutch as the Dutch sought to take control of Maluku Islands and of such lucrative business. Hence, for political reasons mostly, those disputes resulted in the destruction of much of the clove production. The transfer of power was inevitable, the Spaniards, then ruling Portugal at that time, gave way to the Dutch. By 1638 the clove production had almost disappeared. Having the Maluku Islands lost to Holland, and thus the clove trade, the Portuguese ventured elsewhere. However, the results were just a small shadow of their previous success. By mid-sixteenth century they discover a plant in Brazil, Dicypellium caryophyllatum, from the Amazon basin. Its bark smells similarly to clove; however, it did have the same impact as clove did in the East. As with all spices, the clove golden era came to an end. With great difficulty the French succeeded in introducing clove tree into Mauritius Island in 1770. Subsequently, clove cultivation was introduced into Guyana, Brazil, most of the West Indies, and in Zanzibar Island and Madagascar in East Africa.

The most important parts of clove (Syzygium aromaticum) are its aromatic dried flower buds, usually sold as powder and used as a spice in cuisines all over the world. Clove is a small tree, from 8–12 m high, of the Myrtaceae family, with large leaves and sanguine flowers in numerous groups of terminal clusters. The flower buds start first as pale and gradually become green. As they mature, they develop into bright red flowers with long calyxes with four spreading sepals, and four unopened petals forming a small ball in the centre. This is when they are ready for harvesting. Due to thus appearance, its popular name in English clove derives from the Latin clavus, meaning nail. This is also the origin of its name in French (clou), Spanish (clavo) and Portuguese (cravo) languages for the vaguely resemblance of its buds of small irregular nails in shape. Today, clove is harvested primarily in Indonesia, India, Madagascar, Zanzibar, Pakistan, and Sri Lanka. Although appreciated by its flavour and scent,used in a type of cigarette called kretek in Indonesia, and clove cigars in Europe, Asia and USA, clove has also numbing effects on mouth tissues and the essential oil extracted from it is widely used in traditional Chinese and Indian medicines.