The Dark and Long History of Lathyrus sativus

In a previous hub I mentioned the intriguing history of one of two very old crops in which their consumption is linked to two severe and deadly diseases. Oddly and funny enough their first scientific description where made in the same country and both changed dramatically its history. Here, in this hub I write about the second of these silent and insidious killers. In the year 1941, after the dramatic destruction caused by the Spanish civil war, two Spanish doctors Ley and Oliveras de la Riba published an article in Spanish journal “Clínica Española” describing a strange and mysterious disease on one of their patients. Basically, the 27 year old patient started by having repeated cramps in his claves. About a week later he observed that he could not walk without dragging his toes. After a month he could hold urine. Walking was impossible without dragging his feet entirely and the constant trembling of his hands made it impossible to shave himself or hold anything in his hands. First diagnosed with multiple sclerosis by his family doctor, he then was sent to a neurology institute where the patient was observed by the two authors. By taking the patient history the doctors observed that it was not an isolated case as several other cases have been observed in his native twon of Esparreguera, not far from Barcelona. The doctors soon started gathering data of similar cases around the region and a typical whodunit intrigue initiated to find the cause of such odd and localized disease. In Esparreguera 30 cases were identified and 47 cases in nearby towns and villages. To the doctor’s surprise all cases were men, young individuals, humble people and mainly factory workers. No cases were reported among farmers or rural populations. In most severe cases, it was impossible for patients to walk; they showed atrophy of the gluteal mucles and legs, became paralyzed and would eventually die. Given this odd and highly peculiar and apparently selective disease many hypothesis were raise until doctors found that the cause must have been in what they were eating.

Upon looking at the diet of all the cases identified, and after ruling out many hypothesis and explanations, the doctors realized that these young factory and urban workers were lacking protein in their normal daily diet. Poverty first exacerbated by the devastating Spanish civil war and then by the Second World War led many populations in Spain at the edge of starvation. At those times meat was a luxury that very few could afford. In addition, Francisco Franco’s dictatorial regime made it almost impossible to import food. His fascist and absolutist doctrine made him isolated internationally and Spain was left alone as it was its starving population. One thing in common to all these patients was the frequent and abundant consumption of a legume that normally was not part of a typical spanish diet. However, given those circumstances at that time, it was there, it was cheap and nutritious…so why not? In some cases, almost two thirds of these people’s diet was made of this legume; usually eaten boiled into a porridge, like cornmeal. The doctors concluded that these patients suffered from food poisoning caused by something in this legume.

In did not take long for other doctors to observe similar cases in all Northern Spain. It had become epidemic, thousands of people were starving and miserably dying, poverty was atrociously the common base in all who were trying to survive eating the most of what was basically killing them – Lathyrus sativus, grass pea. The disease was called by doctors Mediterranean lathyrism. Given the seriousness of a gigantic public health disaster, a group of renowned Spanish doctors published a study that was seen as an embarrassment for the government. As first and most rapid response official press and radio announcements were made warning people of the dangers of eating grass pea. By 1944 its cultivation was forbidden in the whole country. The memory of these sad events still persists in many of those living in Spain today.

Lathyrus, coming from the Greek word lathyros given to this legume, is the scientific name of a genus of approximately 160 species of flowering plants, of the family Fabaceae, to which Lathyrus sativus belongs. Grass pea, has long been known to men, and although occasionally eaten or cultivated as food it was mostly cultivated as fodder. As it is one of the few crops, like many legumes, highly resistance to drought grass pea is thought of as an 'insurance crop' as it produces reliable yields when all other crops fail, particularly in areas that are prone to drought and famine. Unfortunately, for mammals and us humans, the nutritious and edible seeds of this plant contain a neurotoxin called β-oxalyl-L-α,β-diaminopropionic acid (ODAP, also known as β-N-oxalyl-amino-L-alanine, or BOAA) that consumed in large quantities becomes fatal. The grass pea is indigenous to Europe and West Asia and resembles sweet pea. It is a straggling or climbing annual herbaceous with fine tendrils and blue, pink, purple, or white flowers. It has well-developed taproot system; the rootlets of which are covered with small cylindrical, branched nodules usually clustered together in dense groups. In these root nodules there are symbiotic Rhizobia bacteria that fixate nitrogen to the plant, like in many other Fabaceae species. The fruit is a pod containing the seeds. Research has shown that ODAP concentration increases in plants grown under stressful conditions, compounding the problem.

The Mediterranean, where Lathyrus is traditionally consumed 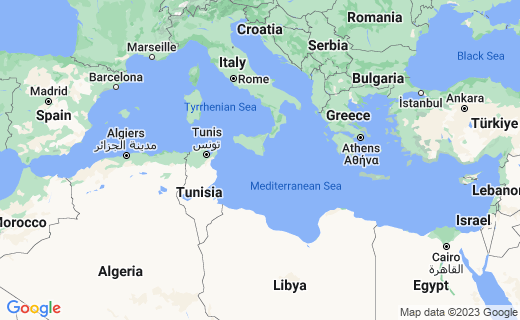 Lathyrus sativus was known to Greeks and Romans and the effects of large consumption of its seeds or leaves were also known, mostly from observing cattle sicken by continuous supply of this plant. Hippocrates (460-370 BC) warned that people who “ate peas continuously became impotent in the legs”. There is also evidence of grass pea consumption in India four thousand years ago and possibly the first reference to its effects comes from the fourth century BC Indian doctor Susruta describing a malady called Kalayakhanja. In 595, the Arab vizier Abu al-Fazal ibn Mubarak noted “Kisari is the name of a pea or lentil, poor eating, but it is not healthy” in his book Ain-i-Akbari. Even in Spain and Southern Europe, rural populations were aware of the dangers of eating grass peas or giving it to cattle as with other species of the genus Lathyrus less concentrated in ODAP: Lathyrus cicera, Lathyrus ochrus and Lathyrus clymenum.

In human history, many times after a war or extremely dramatic natural disasters, populations were faced with the choice of starvation or getting the disease. Perhaps the most dramatic expression of what such life-changing choice can do to one’s life is portrayed in the famous “Gracias a la Almorta” (Thanks to the grass pea), an aquatint print by Spanish painter Francisco Goya showing the use of grass pea as a famine food but also highlighting its effects depicted the ravages of lathyrism in his circa 1810. Goya was portraying a grueling outbreak that occurred during the Spanish War of Independence against Napoleon’s army. What happened in Spain in 1940s was the sum of all fears, or the perfect storm; i.e. an extreme amplification of what till then had only been known to rarely occur to leave its memory. A devastating war, followed by an economic crisis which forced people to extreme survival, combined with very bad politics and extreme poverty that forced entire populations to move around the country looking for food and whatever they could do to get some food. Many of the victims of the pandemic lathyrism of modern Spain history were desperate city folks with very limited or no knowledge of agriculture and crops and what was necessary to do when dealing with special plants. Lathyrism was rare, if not absent, in agricultural communities that knew that by soaking the seeds for a long time in water, usually a night or so, the neurotoxin would dissolve easily in water and would then be washed away. Alternatively, by fermenting the seeds in breads or pancakes, they pose little risk, as the neurotoxin is degraded in the processe. Grown as fodder or even wildly, grass pea was then seen by most as an easy and cheap food.

Unfortunately, lathyrism still prevails these days, now and then, especially where great tragedies of famines, often resulting from political conflicts, take place like in Ethiopia or Afghanistan, in populations not entirely familiar with this crop. There, grass pea presents itself as a high-protein pea typically reserved for men to give them strength so that they can feed their families. Lathyrism affects more men than women although the reason for this is not yet clear. Despite its reputation, obscure and long history, grass pea is still eaten in its traditional Southern Europe where many dishes are made from it. However, although not entirely “in” was one would say, grass pea flour it is extremely hard to find in Spain outside its Central region in its pure form. Usually it is mixed with wheat flour, reminiscent of its most recent cruel impact.