The Origin of the Christmas Tree

Every year more than 20 million trees, mostly spruces (Picea sp) and firs (Abies sp), are sold in Germany alone as Christmas trees. Although the habit and tradition associated to Christmas trees was born in Germany, contrary to what most suppose, it started as non-Christian ritual which was later taken and modified by Christians. Regardless of the location, the change of seasons throughout the year and mostly its consequent changes in nature always fascinated humans. Therefore, and specially in winter, it is not surprising that many admired how could some plants survive and stay green as if they were immune to winter. For different reasons, ancient civilizations that inhabited the European and Asian continents in the third millennium BC already considered trees as a divine symbol. They grew them and held festivals in their honor, often associated them and their lives with mythological superhuman entities. Their roots vertically projected and embedded in the ground marked the symbolic alliance between heaven and earth. In ancient Mesopotamia, for example, this symbolism was very present. Chaldeans, Assyrians and Babylonians developed representations of tree as something that was closely related to life, due to their cycles of flowering and fruiting. Among Hebrews, this same symbology was also very strong and it was, in great part, inherited from Mesopotamian peoples. In Assyria mythology, goddess Semiramis made a promise to Assyrians. For those who would have a tree with ornaments and gifts at home on her birthday, she would bless their houses forever. Among the Egyptians, cedar (Cedrus libanis and Cedrus brevifolia) was associated with god Osiris. The Greeks associated laurel (Laurus nobilis) to Apollo, the fir (Abies cephalonica) to Attis, and holm oak (Quercus ilex) to Zeus. In common, all these species are evergreen and thus survive winter in their native ranges.

When Christianity Created the Christmas Tree

On the winter solstice eve, the pagan people of the Baltic countries would cut a fir or pine tree, brought it to their homes and adorned it in a very similar way to what it is now done with Christmas trees. This tradition passed to Germanic tribes, who would put gifts for children under the sacred oak of Odin. The origin of the Christmas tree seems thus to be linked to the beliefs of northern pagan people of Europe, especially to the celebration of the winter solstice, the longest night of the year. To the ancient pagans, the winter solstice was a tribute from man to the sleeping nature. During the longest night of the year, offerings were made to the gods for the sun to come back soon, and with it the spring. But despite the harsh cold, the long nights, the cloudy days and snow, some trees and plants remained green, unaffected by winter. Therefore, and not surprisingly, firs (Abies alba), common holly (Ilex aquifolium), spruce (Picea abies and Picea alpestris), and mistletoes (Viscum album) were often regarded as symbols of hope in a long, harsh winter, for better days. As they seemed insensitive to cold, they were a testimony that the winter would eventually pass and nature would always reborn in spring. Near the solstice, the ancient pagans used to decorate their houses with branches of these trees and plants, popularly known as evergreen. It was a way to bring them a bit of nature indoors. In these regions, it was believed that these evergreen plants would put away evil spirits and diseases.

The Nordics, including Icelanders, used to plant firs (Abies alba) in front of their houses, which were then decorated with candles and colored ribbons. The Gauls believed that god Gargan left evergreens trees throughout winter to symbolize life. Depending on the region and common beliefs, at the time of the solstice, it was usual to decorate a fir tree with all that was lacking during winter, coins, food or even toys for kids. According to legend, in the early eighth century, the Benedictine monk St. Boniface tried to end these pagan beliefs he observed in Thuringia, while on mission to the German parts of the Frankish Empire. He cut a sacred oak that locals worshiped at the top of a hill. However, as unsuccessful as he was on the eradication of pagan beliefs, he decided to associate the triangular shape of firs to the Trinity and its sturdy and evergreen leaves to eternity of Jesus. The association of Jesus with the Christmas tree was thus born.

The Globalization of the Christmas Tree

However, this new Christian symbolism of evergreen trees was not immediately taken. For several centuries, the cut and decoration of trees during Christmas was banned for being associated with pagan customs mostly, but nonetheless, the tradition never died. It was in the sixteenth century that began to emerge the first decrees that allowed the cutting of trees for Christmas purposes. It is believed that the first Christmas tree was decorated in Riga, Latvia, in 1510. However, the first decree appears to have been published in the Alsace region in Sélestat, today's France, in 1521 where it was authorized the cutting of small fir trees to the Christmas party. In Strasbourg, a similar edict was published in 1539. The tradition has spread rapidly through modern day Germany, mainly through traders who saw this as a good opportunity for business. In fact, it is believed that many of the Christmas traditions that persist until present were born in the same region. In addition to decorating trees, it was also usual to build pyramids of wooden trunks, which were then decorated with evergreen branches or candles.

However, many claimed that the common and modern decorating of Christmas trees began with Martin Luther, the Protestant reformer of the sixteenth century. As the legend goes, on a cold winter night, while walking through the forest, Luther noticed a small group of pine trees. Their branches covered with snow shimmered in the moonlight. Luther was so impressed by their beauty that he decided to reproduce the beauty of that moment by putting a tree indoors and decorating it with candles along with stars, cotton and other ornaments. Luther wanted to show his family the beautiful scene he had seen in the forest. This tradition arrive to North America with Germans immigrants. The habit and whole ritual became rapidly and increasingly popular throughout the western world in the eighteenth and in the nineteenth century it began to be adopted by European nobility. One crucial event that turned the odds and contributed to the popularity of Christmas trees was made by Prince Albert of Saxe-Coburg and Gotha (1819-1861), the German husband of Queen Victoria, who started the tradition of decorating Christmas trees in British royal palace. In 1846, Queen Victoria was portrayed in the Illustrated London News newspaper with their children around a Christmas tree. At the time, better marketing than this was impossible, the Victorian empire ruled over half the world and the custom soon became universal. The popularity of the queen helped spread the tradition, not only in Britain but also all over the world. Today, the importance and popularity of Christmas trees as a business can be easily seen by its numbers in modern Europe and North America where many firs, pines and spruces are geometrically cultivated, in order to preserve that conical and familiar form, solely to be decorated and kept as ornamentals during Christmas. Each year, 33 to 36 million Christmas trees are produced in America, and 50 to 60 million are produced in Europe. 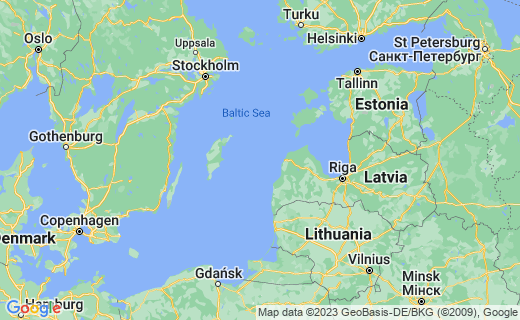