The Environment - Global Changes And Their Effects On Earth's Ecosystems

Global Changes are world-wide changes involving such things as climate, the carbon cycle, the water cycle, the level of the sea, food webs, the loss of sea ice, biological diversity, and more. Although global changes used to be mostly a result of plate tectonics, volcanic action, meteorites, changes in the earth's orbit or in its tilt, etc, global changes today are primarily related to the actions of humans. As the population of humans has grown, the stress we place on our earth increases.

In this article, we'll be talking about some of the changes to the environment that are directly related to humans and their actions.

These global changes include things such as:

the destruction of the rainforests,

global warming and the greenhouse effect,

the loss of topsoil,

and the human population explosion.

In addition to discussing these environment concerns, we'll also consider what can be done to help save our environment! Several green ideas that would make good projects for students are mentioned. If you have a great Go Green! idea that's not listed here, please use the guestbook near the bottom of the page to suggest it!

The Rainforest frog you see at the top of this page is called a Blue-jean Frog, or a Strawberry Poison Dart Frog. He lives in Costa Rica. His bright colors serve as protection, indicating that he's poisonous and warning predators not to eat him. His diet is mostly made up of ants and mites. The alkaloids in the ants he eats does contribute to his toxicity.

The students in our homeschool co-op are studying biology this year.

For our biology unit on global changes and the environment, in addition to the resources and information on this page, we'll be using Holt Biology, and engaging in a variety of labs and hands-on activities to learn more about the world around us.

We welcome all of you to join us as we explore these important issues pertaining to the environment.

Holt Biology - This is the biology text our homeschool co-op is using this year.

Humans play an important role in our environment. What we do influences ecosystems all over the world.

The Effects of the Behavior of Humans On Earth's Ecosystems

The Effects of the Behavior of Humans On Earth's Ecosystems - Chemical Pollution, Loss of Resources, and Human Population Increase

What Can We Do To Help The Environment?

Some things are already being done to reduce air and water pollution.

Youth making changes in the world.

When many people make even a small change in their habits, the earth benefits immensely. It all adds up!

The youth in our homeschool co-op have all pledged to do something to help the environment this year, in addition to the things they and their family were already doing. They have selected projects such as sewing and using reusable shopping bags, eating less fast food, setting up a solar panel, and many others!

What can you do to make a difference in our world?

Things YOU Can Do To Help The Earth

How do you help save our environment?

What are you already doing to help Planet Earth?

If you or your family use fluorescent light bulbs, please, please be aware that these must be disposed of properly. If you simply throw them into the trash, you're releasing highly toxic mercury into our environment! In some locations, these light bulbs can be returned to the store where you purchased them. For more information, please visit: Recycling and Disposal After a CFL Burns Out.

Do you use reusable shopping bags? - That's something easy everyone can do to help the earth. 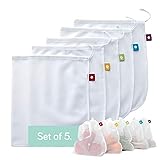 Sew Your Own Grocery Tote Bags! - This is even better than buying new bags! Make your own out of materials you already have on hand!

We've made several reusable shopping bags out of material we had on hand. You can see a photo of one of them above. By the way, old knit or flannel shirts work great too for making shopping bags, especially shirts kids have outgrown!

Follow the links below to find the directions for making your own reusable cloth shopping bags!

Composting reduces the amount of stuff you throw away, and gives you nice rich dirt for your garden!

You don't have to have a fancy compost bin in order to compost. You can keep your empty (flattened) cereal boxes, paper products, and food scraps in a plastic bag in your house until you're ready to take them out to the compost pile outside.

Outside, you can use an empty rolling trash barrel with holes drilled in it to put your food scrapes, leaves, and other items. Or section off a small part of the yard for your compost. Watch the youtube below for ideas on creating compost bins.

Over 20 years ago, I saw a show on TV that demonstrated how to make a compost bin out of an old plastic garbage can. We made one and are still using it today! It works well!

All my family does, by the way, is throw the items to be composted into the bin. We never bother to turn the items over or add special composting chemicals. We just throw the items in the bin, close the lid, and forget about it. We get really rich soil as a result, and it doesn't take years to get it either!

How about taking a couple of friends and some trash bags, and cleaning up a nearby park or other area? (Remember to use gloves and be careful as to what you pick up.)

Unit 3 on The History of Life on Earth

The History Of Life On Earth.

An Introduction to Taxonomy - The Kingdoms and Domains Of Life

Learning About Viruses And Bacteria

Unit 6 on All About Plants

Unit 7 on The Animal Kingdom: Invertebrates

The Animal Kingdom - An Introduction

What are you doing to help save our earth? Are you taking steps to protect our environment?