It's been something of a surprise to me to see how much I've written about mysteries and scandals.

I suppose that being British, I have a lot of good material to work with.

British royalty - past and present - offers a huge number of scandalous stories so I very much imagine that this list will grow and grow.Some of the so-called 'theories' are really quite ludicrous (but still fun) although there are some that make me scratch my head a little and think 'hmm... I wonder ...'

Historical mysteries are fun because they need piecing together from contemporary accounts and it's surprising how much scandal took place in days gone by.Have you written about any good juicy scandals or mysteries from the United Kingdom? If so, do let me know about them and I'd love to add them to this page.

Sometimes, it seems that royal scandals are largely brushed under the carpet, especially if they took place during the days before the paparazzi and social media.

This one took place in the latter part of the twentieth century and there was photographic evidence.

This involves the sister of Her Majesty the Queen.

There can't be many people today who haven't heard of Camilla Parker-Bowles.

But what you may not know is that for many years she had a serious rival for the attentions of the Prince of Wales - an Australian girl.

This story ends in tragedy and asks a question - did she fall or was she pushed?

This is Prince John who died at an early age.

His life is always given as an example of just how cruel and heartless the British royal family can be.

But this was actually far from the case.

Recently discovered evidence gives us a much better insight into his short life. Read the article and see what you think.

I really think that this is one of the hardest to believe. (And I'm quite prone to being gullible.)

But scandals about the Queen Mother? Seriously?

Was she really born to a surrogate mother? Did she conceive our present queen with the aid of a turkey-baster?

Well, just wait until you read about who makes these allegations. Weird.

This is a scandal, a mystery and a conspiracy theory all rolled into one story.

It involves five young women - all of whom were cousins of the Queen - who were all sent to a lunatic asylum on the same day during the early years of the Second World War.

And why was it covered up?

The lady you see here was considered to be the most attractive of Queen Victoria's daughters. She was definitely the most unconventional.

She was an artist and a huge supporter of women's rights. Although she married, she is listed as having no children. But some people believe that she had an illegitimate baby when she was a teenager. 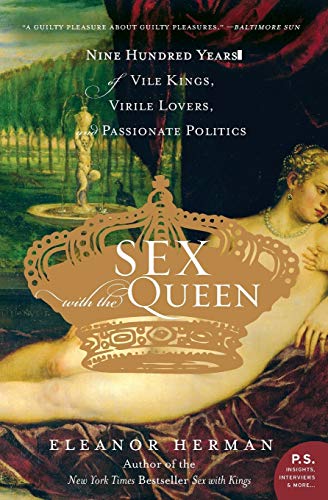 Sex with the Queen: 900 Years of Vile Kings, Virile Lovers, and Passionate Politics (P.S.)
This isn't only about British royalty (although they feature heavily, as you can imagine).This book looks at royal European scandals covering over nine hundred years in history.Each scandal has its own chapter so it's ideal to dip into and it's written in a wonderfully breezy style.
Buy Now

He was known by his family as Prince Eddy.

Over the years, it was speculated that he was homosexual, that he had limited mental abilities and even that he had committed murder.

And yet, he could have changed history.

Click the link below to find out more about this heir to the British throne.

Even though this was a scandal that took place in the 1930s, many people will recognise this famous face.

This lady changed the course of the British Monarchy.

There are several conspiracy theories that surround her and this article discusses the three most plausible.

I suspect that this is an unfamiliar face to most people.

And yet he is the main player in a series of scandals that involve not one but two members of the royal family, gangsters from the London underworld, aristocratic ladies and well known film stars.

Not only that but a lot of violence and a juicy murder too.

About a dozen years ago, secret government documents became available.

They were very detailed and related to a scandal that had taken place many years before.

It made us see the major players in a new light and introduced another character into an already crowded affair.

British royalty provides yet more intrigue in this article.

Prince Charles, the Prince of Wales, once famously remarked that he saw no reason to be the first holder of that title who did not have a mistress.

He knows his history, that's for sure.

Click on the link below to discover more royal mistresses.

Not all royal scandals took place in the last couple of hundred years.

Elizabeth the First is generally known as 'the virgin queen' but today, historians doubt that very much.

Not only that but did she conspire with her married lover to murder his wife?

Click the link below to read more about this fascinating Tudor tale.

That the Prince of Wales had mistresses is in no doubt.

But one - believe it or not - was a murderess who escaped paying for her crime because of a royal cover up.

The prince had been in the throes of a love affair and had written some very indiscreet letters - which his mistress still had....

You might not have heard of Joe Ephgrave but I'm willing to bet that you know his most famous piece of work.

And that piece of work is at the centre (almost literally) of one of the greatest conspiracy theories of all time.

This theory started way back in the 1960s and is discussed just as much today as it ever was.

But did he really exist?

You might think you don't know but I'll bet you do.

I truly believe that the world would be different place without the events of her life taking place.

Strangely, this lady is also connected with the article you see above AND the one below. Have you figured out the connection yet?

This is similar to the article about Joe Ephgrave and is also connected to the lady above.

Like the Joe article, the name might not be familiar to you but his most famous artwork almost certainly is.

Now my theory is that if the 1960s conspiracy theory was true, Peter Blake must have been involved.

Read more about this

This could actually be in the royal section above because this is a tale about Glamis Castle, the ancestral home of Elizabeth Bowes-Lyon who became the mother of our present queen.

What secret did this castle hold?

It was so terrifying that it was only passed on to the elder son of each generation.

Learn more about this spookiness

She was the most famous mystery novelist the the world.

She was wealthy and seemingly happily married with an adored young daughter.

Yet one cold December night she drove away from her home and her car was discovered - abandoned - the following day.

The immediate search found nothing.

This is her true mystery.

When she married,she knew full well that her husband had a bevy of mistresses and that they - and his racehorses - would come first in his affections. but she dutifully produced two sons.

But then, she took a lover and had not one, but two secret babies by him whilst still married...

Lady Diana Spencer's life was pretty scandalous, but it paled into insignificance when we learn about the secret life of her eldest son.

This is a true story of illegitimate children, a bigamous marriage and even incest.

How he managed to keep his secrets is a mystery to me.

In days gone by, royal marriages were often arranged in order to form valuable alliances between countries or to enhance the coffers.

Naturally enough, these weren't always successful from a marital point of view.

One princess who was unhappy with her royal husband found the perfect solution close to home.

Read about the romps

He was the heir to the throne.

But time was running out - he needed a bride.

He chose a young girl believing that she would be the perfect docile wife who could provide him with heirs.

And docile she was - until after the marriage.

Then, everything changed. She had affairs, she was accused of mental illness...

When his devoted (or so we thought) wife died we expected him to be distraught.

He was the most popular entertainer in Britain and everyone loved him.

But once he became a widow, he revealed that his perfect marriage had not been all it seemed. It had, in fact, been hell.

The lady seen here once was one of the most famous women in her country.

She started her career as a stripper but in later life she was very rich and had aristocratic lovers.

Then she was denounced by a jealous man.

She died alone and in abject poverty. Click on the link below to read her story.

Now this is a truly bizarre story- but absolutely true.

This woman did something to further her career that, I imagine, you'll find very hard to believe but every word is true.

Like the lady above she was celebrated at one time,but then she started doing something that will horrify you.

Yes, she came to a very sticky end.

This is curious story.

I'm going to assume that you don't know the name but I'm pretty sure that you've seen her.

She too was happy to take off all her clothes and she was involved in two very grisly murders.(One you certainly know about).

In the first, she was sort of the victim but wasn't. In the second, the same applied ... sort of ... 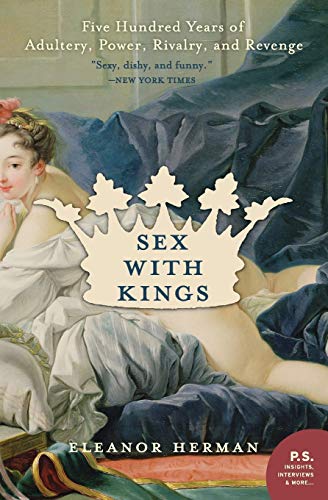 Do you have a great article you'd like to see here? Or any ideas about other scandals to write about? Or just say 'hi'!