The Art of Spider Webs

There is an art form to spider web making. Some types of spiders go all out with their architecture of their webs. The silk from the spinneret glands of the spider's body creates these magnificent cobwebs.

The most common cobweb that we relate to is the spiral orb web. These webs are associated with the orb web spiders. Couples of these types of spiders are the Cribellate Orb Weavers and the Long-Jawed Orb Weavers,

Some spider webs are so intriguing, it would seem that they are on some kind of high powered energy drink or energy juice to make such extravagant architectural spider webs.

When a spider web structure has been broken down as in the spiders who were subjected to drugs below, the webs show how the influence of drugs effects spiders.

Spiders normally do not work as an organized community, but in this case it was well organized. This scene described as "fairy tale white" by park rangers at Lake Tawakoni State Park in Texas, who found this football-field sized cobweb laced over these trees.

First found by park staff on August 6, 2007, this inquiring web had been a smorgasbord for the spiders covered completely with mosquitoes.

One can only imagine what it would be like to be caught in a spider web like this one.

Look at the Spider Web Photo and Decide

What comes to your mind when you see the spider web all over the tree above?

Spiders and Their Webs Hardcover 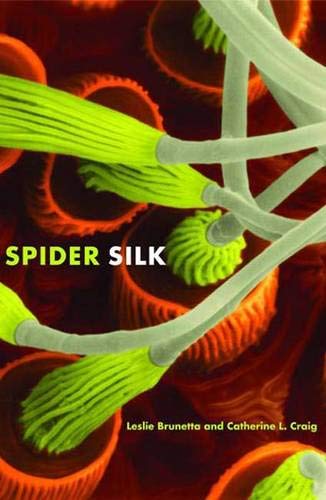 See these spiders and more

In the first photo of "Is There Something on my Back?" on the front of the shirt, show a cartoon spider on the back of the shirt.

The second shirt at the top, many of us can relate to this quote of "Back Off! Or I will Feed You To My Babies! Caught in the cobweb tree above, you would surely be feed to the babies.

This same cartoon spider is shown on many other products. On here in the photo, we see only a small amount of those products.

Effect of Drugs on Spiders - Say "No" to Drugs

German pharmacologist P. N. Witt, in 1948, stared to research on the drug effects on spiders. He tested spiders with a range of psychoactive drugs, including amphetamine, mescaline, strychnine, LSD and caffeine, and found that the drugs affect the size and shape of the web. Small doses of caffeine showed the webs were smaller, the radii were uneven, but the regularity of the circles was unaffected. Higher doses of caffeine had shown a change in the web design, which became irregular.

Over all the drugs affected the spiders' web making. Once the drug effect wore off the spiders were back to normal and back to well designed webs.

Above shows how a normal spider web would look like. To the right of that one is the spider who had marijuana, next one is benzedrine. Below is what a spider web look like after caffeine and then chloral hydrate.

Not the kind of juice for any spider or people

The Private Life of Spiders

Jewelry for Halloween or Anytime

Ruby in the middle or Blue sapphire.

Are you intrigued by spider webs? - Thanks for visiting! Sign the guestbook so I know you were here.