So many beautiful things to do and see in New Mexico. Take a look!

Move to New Mexico for the beauty of the state, the weather, the people, and the laid back lifestyle.

New Mexico brings together the histories of nomadic hunters, Native Americans, the Spanish Conquistadores, and the Anglos in ways that can be experienced to this day. The climate and weather does not easily nor quickly wear away significant symbols or indications of those who came before. These are easily observed and appreciated in New Mexico.

New Mexico is home to many Indigenous peoples including the Navajo, Hopi, Apache, and Pueblo peoples. The cowboy as well as the railroad all lived up to the challenge of New Mexico and helped to shape the history of New Mexico.

Many who relocate to New Mexico do so because of the ‘perfect weather.’ The state averages 310 days of sunshine each year. New Mexico has four distinctly gorgeous seasons. The humidity is relatively low. The winters vary from extremely mild in southern New Mexico to a snow skier's and snowboarder's heaven in the mountains.

The January weather average is a high of 47° to a low of 23° with an average of 88% sunshine days! The other extreme would be July where the average high is 92° and to a low of 64°. When it does snow in most of New Mexico it is most likely to appear as a powdered sugar dusting that melts when the sun comes up. Due to the low humidity most homes do not require any air conditioning as a system called 'a cooler' which provides humidity to the home while the windows are open provides more than adequate cooling!

Now, New Mexico can have some bad weather days when a front swoops down on the state from the neighboring Rocky Mountain State of Colorado. But that is not a normal daily winter event.

It is common for gardens to produce vegetables like tomatoes well into November in some areas of the state. This means a very long fresh vegetable season!

The very specific Hatch Green Chilé is a prized garden vegetable in New Mexico. This pungent pepper is harvested green in early fall. It is sold in huge burlap bags at grocery stores, vegetable stands, and on the roadside where it is immediately roasted for the purchasing customer. The savory smell is as addictive as eating the wonderful Hatch Chilés. Hatch New Mexico, a small quaint farming village, is the “Green Chile Capital of the World.”

Most of the world is now learning of the particularly tasty food culture of New Mexican foods. Do view the recipes linked to this article for some delicious tastes of New Mexico.

New Mexico has many wonderful plants that are adapted to the climate and low rainfall. Blue Grama Grass and Buffalo Grass are two grasses well adapted to drought, heat, and cold. What is more, they only require mowing if you want to mow them! Blue Grama grass is New Mexico’s official state grass.

The state tree is the native Pinõn Tree. The Pinõn is the home of many mammals and birds and provides a nut that is considered a Southwestern Delicacy.

The New Mexico Department of Tourism may be found at: http://www.newmexico.org/

Here are a few facts about New Mexico The Land of Enchantment:

· State Capital, Santa Fe. It is the oldest state capital having been originally founded in 1610! It is also, at 7,000 feet above sea level, making it the highest state capital city in the United States.

· 34% of all land in New Mexico is federally owned

· New Mexico is the fifth largest state, yet the county of Hardin only has 819 residents!

· The official state question is “Red or Green?” Hint: It refers to how you like your peppers!

Visit New Mexico and plan on falling in love. The land, weather, people, cultures, and lifestyle are right here for you!

There are three types of flooring in this home. Each one was selected for beauty, comfort, and longevity. They are all easy care.

Marmoleum is an environmentally friendly, virtually indestructible, bacteria fighting, and allergy minimalizing one sheet flooring. It also walks easier and is a breeze to clean up.

This flooring is the same as used by the architect of the Grand Canyon, Mary Jane Colter. The flooring is still in the La Posada Resort in Winslow Arizona. It has lasted over 100 years and still looks like new.

Marmoleum is the future of comfort home flooring. Marmoleum is in the living room, dining room and master bedroom.

Have kids? Marmoleum is naturally anti-bacterial (it is used in hospitals for this very reason!) and scratch resistant (it is nicknamed battleship for the way it resists scratching!)

Have pets? Their claws will not ruin Marmoleum! (Remember it is nicknamed battleship for how scratch resistant it is!) Plus, the pattern goes all the way through Marmoleum, so even if there is a scratch it is virtually impossible to see!

The entry, kitchen,and bathrooms are all in a lovely white ceramic tile. This tile adds a crisp modern look for the entry and hallway as well

The second and third bedrooms and walk in closets are a wonderful cushioned wood tone flooring.

All in all, these are long-term well thought out applications floor!

The stuccoing was re-done in 2010. This will save you the money of stuccoing for quite sometime. 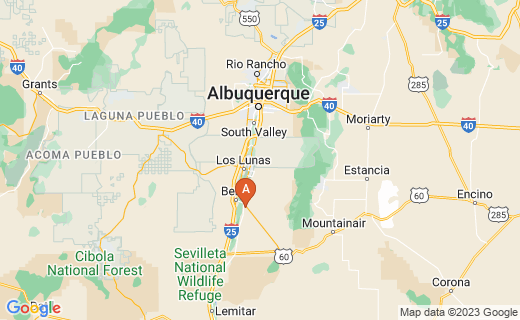