Reasons Why I Would Not Last One Day on the Show, "Naked and Afraid"

As you may or may not know, I have a love / hate relationship with reality shows. I like them, but usually as a guilty pleasure. Recently, I have been introduced to the show, "Naked and Afraid." I have determined, after some consideration, I would last roughly 6 hours on the show.

If you are not familiar with the show, the premise is 2 people are put in the middle of nowhere - naked... and well, usually "afraid" follows. They are often put in a swamp or a jungle. They have no shelter, food, water, etc. The participants of this show must find their own food and water, build the shelter with whatever they can find, and basically rely on each other. Each person is allowed to bring one tool, such as a knife or a lighter. That is it. No clothing, no nothing. They have to make it for 21 days and then hike (or swim) to wherever they are going to be picked up. For some reason, people actually audition for this kind of torture.

"Naked and Afraid" is interesting because it is a reminder on how far we've come as a society. This show focuses on the most primitive skills we have as humans. It also allows us to see how people react to each other when they are pushed to the limits. For me, I've decided I really don't want to be pushed to the limits. You can call me a wimp if you'd like; at least I will be wimp in the comfort of my own home. You could not get me to be on this show for a million dollars, and trust me, I would love a million dollars. Let me give you my reasons before you judge me too harshly.

In most locations, the people on this show must endure bugs. There are lots and lots of bugs... and spiders, snakes, rodents, etc. No thank you! Do you know how much bugs like to bite me? I am like a delicious meal to many mosquitoes. I've seen this show. Some of these people are eaten alive.

I can sit out in the backyard and walk away with giant red bumps all over my body from mosquito bites. I don't need to go to another country to be eaten even worse. I would also prefer to not catch some horrifying disease, which is exactly what happens to some participants.

You are not allowed to take sunscreen with you to the island, jungle, woods, desert, or whatever other miserable place you are sent to for this show. You are not wearing clothes, so it is likely you are going to get a burn in places you never imagined. Need I say more? 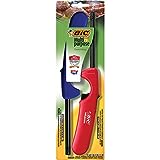 I want a stove... a microwave will do.

Yeah, so I am spoiled. These people have to build a fire and cook a snake most of the time just to stay alive. First of all, I am not even sure I will like the taste of snake. Second, I don't know how to build a fire. Some people don't bring a lighter with them. They just sit there rubbing sticks together. Ummm, no.

We did not work this hard as a society to have wonderful things like stoves, microwaves, and toaster ovens just to go to the middle of nowhere and rub sticks together... for a television show! It is bad enough if I have to eat a snake to survive... I at least require a toaster oven to cook it.

Now that I think about it, I don't want to eat a snake either.

If I could take some food to this uncharted location, I might be more likely to give it a shot. For instance, I would not mind making a fire so much if I could roast some marshmallows. What is the point in participating on this show if you can't have a little fun? Something tells me my partner would be very angry with me if I brought a giant bag of marshmallows on the show rather than a tool, such as a knife.

I would wonder about cannibalism.

OK, I hate to bring this up, but when these people are starving out in the woods, don't tell me

cannibalism does not cross their minds sometimes. I know I would be sitting there with my partner thinking about how tasty one of his arms might be roasted over the fire (that I would no doubt have been forced to start by rubbing two sticks together). I am not saying I would do it! I am just saying I would not rule it out.

I get grumpy, really grumpy.

Let me tell you a little something about myself. I can be really grumpy when I have been out in the sun for a while. The day can start out beautiful. Perhaps I am going to the beach with some friends. Give me about 2 hours of walking around on the boardwalk in the heat and I am about to smack someone. Someone had better let me get a root beer float and sit me in an air-conditioned arcade somewhere. Things are about to get really ugly if I continue to feel hot and dehydrated.

Can you imagine me being in the jungle with some naked dude I don't know walking around for hours in the heat? I would probably be stuck with some overly enthusiastic hunter that is trying to bite the head off a lizard. It would not take long for me to snap. 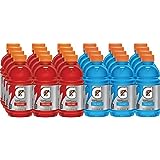 Oh, I forgot to mention this, but along with food, water, and shelter, I also require Gatorade. OK, I will settle for Powerade, too. I sweat more than the average person. Sorry, I realize you probably did not want to know that, but it is true. I drink a lot of water, but I also need Gatorade. And trust me, if I go to the beach, an amusement park, or any other all day adventure in the heat, you'd better make sure I have Gatorade.

Something tells me I am not going to be able to bring my Bath & Body Works products on this program. I can't imagine going one day without spritzing myself with some body spray (fun fact - this is why I can't work in an allergy office either), so imagine going 21 days without taking a shower with my beloved shower gels or using any of my lovely smelling lotion. Gasp! No, no, no!

My aunt told me when I was a little girl, I used to cry if I got dirty. It was so bad, I would get upset if I even got dirt on the bottom of my shoes. I preferred to be carried so that it would not be an issue. Sure, I've outgrown that, but I am still not going to get dirty in the middle of nowhere for TV.

My ankle will hurt.

If you've been following me on HubPages for a while, you may remember I sprained my ankle last year. Due to crappy health insurance, I could not afford to receive excellent care, so I basically went to one of those emergency semi-doctor's office places. They told me I had a bad sprain, gave me an ankle boot, and I wobbled on home. My ankle has never been the same.

Don't get me wrong, I can walk, but it hurts sometimes. Something tells me I don't need to be out in the woods for too long on this ankle. If a tiger comes after me, there is no way I am outrunning him. Guess I will be a tiger meal for sure. At least if I get killed pretty early on in the show, I would not have to starve or complain about not having Gatorade for too long.

While we are on the subject, I don't feel like dying.

I can't even begin to tell you how many times the participants of "Naked and Afraid" don't make it to the end of the 21 days. They are either malnourished, dehydrated, or they catch an illness. Then they are sent to the hospital to recover. The real magic of the show are the horrifying diseases I've never even heard of that only a traveler in the middle of a jungle can experience.

Once again, let me stress people volunteer to do this show! Why?

I've heard of the producers also catching really disgusting illnesses or getting bitten by snakes. People have practically died filming this show or being a participant in this show. Some folks are STILL recovering and it has been months since they left the show.

Why, why, why are people doing this to themselves?

I am going to whine.

In case you have not gotten the right impression yet, I will specifically tell you - I am going to whine. I don't want bugs swarming around me. I don't want to be paired up with some primitive hunter that is leaping over streams to stab a mouse with a stick. I can't stand too much heat. I would prefer never to eat snake. I don't like being lost. I am going to whine if I am ever stuck in this situation.

Within about 1 hour, I am going to be thirsty. In about 2 hours, I am going to be hungry. After 3 hours, I will be swatting bugs, cursing, and crying. It would be a most undignified situation for me. Viewers would be talking about it for weeks. My family would make fun of me. My friends would never look me in the eye again. For all these reasons, I could never be on the show, "Naked and Afraid."

If I were ever forced to survive in the jungle, I would last a day or less. I would probably die while begging for someone... anyone... to bring me one last iced caramel coffee with whipped cream on top before dying. I am not sure what this says about me. I do know it means I will never be a "survivor" on any reality show like, "Naked and Afraid."