Back To The Grind - Making Wheat Bread The Old School Way

So one day I'm watching a video on You Tube about making bread from scratch. Memories are conjured up of my Grandma, slaving away in the kitchen then coming out victorious with a fresh warm loaf of bread; that soft, fluffy goodness melting in my mouth. Ah, the taste of the good old days.

It's ten at night, on a Wednesday so I do the only logical thing I can think to do... surf Amazon for a wheat mill. Lo and behold, I find one for six bucks. (But with twenty dollars in hidden shipping costs. When will I ever learn Amazon?).

Next step, wheat berries which I find at Dodson's Farms, an organic non genetically modified farm. The thought of eating food grown in a laboratory makes me terrified that I'm going to wake up one morning with a third eye or gills. Although, with kids running around a third eye could prove useful. And swim season is around the corner....just saying.

Finally, my mill arrives and my wheat berries the day after. So I set up the grinder like the lady in the You Tube video. And I grind my berries. The lady in the video made it look so much much simpler. Ok, working up a pretty good sweat here. I was not feeling so bad about all of the carbs I was going to be ingesting.

The first attempt came out thick and chunky, definatley not bread considency. The old school housewife would have run to their mother or aunts for help, but I opt for Google instead. Aha! Google kindly points me in the right direction, as with most things in life, moderation is the key to wheat bread. Half white flour and half wheat flour do the trick. My bread is fluffy and yummy.

I take the loaf to my Dad's and he promptly grabs the container and eats most of the loaf. I would consider that a success. So I start to improvise a bit. Can you say almond spread?

This loaf, I was not sharing with my Dad. My almond, wheat bread desert, mine.

Add the yeast with the wet ingredients in a bowl. Let it sit for about 30 min-hour. Add in your dry ingredients. Add more water if needed so dough is a little sticky. Let the dough rest in the bowl, coat it lightly with oil to make it easier to work with. Once the bread has doubled, work the dough and divide into desired loaf sizes. Roll out the dough into a long fat strip. Smear the almond spread on the dough, then twist it like you would while making a cinnamon roll. Then place in the loaf pan. Once again, let the dough rise. Apply egg whites to the top of the bread and bake it at around 350 until you can hear a hollow noise when you tap the top. 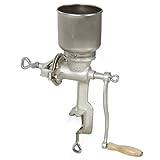