Constant Nausea: What Could It Be? 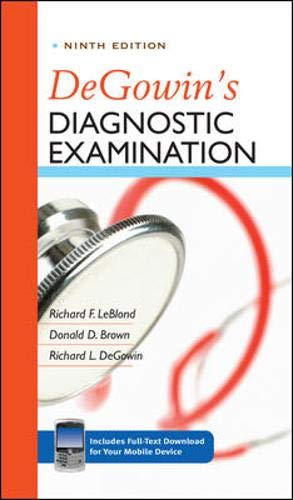 Check other hubs in our Health category!

Have you ever had nausea that just would not stop? Are your doctors stumped as to the cause? If so, then I have a suggestion for you to provide to your doctors.

Today, I'd like to share a personal medical journey. My hope is that it will help others find a correct diagnosis and treatment as my story begins and ends in two very different places.

My journey began when I was pregnant. To say that I had all-day "morning sickness" would be putting it rather mildly. Even the nurses at the doctors office kept down-playing the severe nausea as "normal" at first despite my constant calls for help.

Then came the day when I couldn't stop vomiting. Even though several hours went by, the medical staff still did not want to take action and passed it off as 'bad morning sickness'. It was when it continued for 24 hours that they finally had us come in.That was the first of several times I needed to stay in the hospital overnight for IV while pregnant and when I started taking anti-nausea medication on a regular basis for the first time ever in my life.

The nausea never stopped during the pregnancy. I did what I could to take as little medication as possible, but I simply needed it too many times just to eat. My whole hope was that it would end after the pregnancy as I never had issues with nausea prior to the pregnancy.

After giving birth, the nausea continued. I stayed in the hospital the full two days allowed and I still wasn't feeling any better. I kept hoping that after additional recovery, I'd finally start feeling better. But weeks, then months, went by and I was still living with constant nausea. The doctors seemed to have a 'wait and see' approach.

After three months, I developed more symptoms. One of those was abdominal pain. That was when the medical personnel took enough action to run some tests, including a CT scan.

The morning after one of my doctor appointments, I went to the hospital to have a CT scan. The medical staff informed me to not eat or drink anything so many hours beforehand simply as a precaution.

That CT scan showed that my appendix needed to be removed. Not only that, they took it out only a few hours after the CT scan. It also turns out there was a rare abscess inside of it.

Though I again very much hoped this would end the nausea, it still continued.

Another month of nausea went by and I again developed abdominal pain. That brought me back to the surgeon's office who ordered an ultrasound.

The ultrasound showed that my gall bladder was the culprit this time. It had a lot of stones in it and was showing early signs of infection. Due to those factors, it was removed. Afterwards, the surgeon commented that it had 'the tinniest duct she had ever seen.'

Though it was thought the small duct could have been blocking necessary digestive fluids thereby causing the nausea, the nausea still continued after my gall bladder was removed. It is because of that the surgeon referred me to a GI doctor.

The GI doctor first performed an upper endoscopy and discovered I have Barrett's esophagus. This is when there are 'abnormal' cells found in the esophagus as they are more like stomach cells than regular esophagus cells. It's thought that all the uncontrollable vomiting I'd been doing from the severe nausea caused this.

The second discovery was that the valve at the top of my stomach no longer functions. Since there is now almost nothing to stop the contents of my stomach fluids from coming up into my esophagus because of that, I have acid reflux.

Since these discoveries helped explain the nausea, the GI doctor tried a whole host of various pills to see if that would help eliminate it. They did not help.

At this point, it was felt that most other options had been tried so the GI doctor performed a procedure called ERCP. Basically, the doctor runs instruments down the esophagus into the upper parts of the digestive system further than an upper endoscopy can reach. I was given general anesthesia for this procedure.

This, finally, is when my constant nausea stopped and has instead become occasional. Though I cannot lay flat when I sleep (I sleep in a chair) and need to eat hours before I go to sleep, I don't have the constant nausea issues anymore. That, to me, is HUGE.

Though my sphincter of oddi issue was discovered less than a year after giving birth to my now 4 year old healthy son, not everyone who has it gets diagnosed so quickly. I have been incredibly fortunate to have a group of doctors who have taken me seriously every time, but I very much recognize that is not always the case for everyone out there.

In my research, I have again learned how fortunate I was to get diagnosed so quickly as a much more "common" symptom of this seems to be more abdominal/ back/ shoulder pain than the extreme nausea and vomiting that I experienced. Sphincter of Oddi also seems to be rather "rare" and even appeared in an episode of the TV show Mystery Diagnosis. I happened to see that episode just days before my ERCP procedure and it featured someone who had the extreme nausea and vomiting like I had (difference being I don't think she had the appendix and gall bladder surgeries beforehand like I did).

So, if you happen to be dealing with anything like this and your doctors aren't taking you seriously or passing it off as nothing, I encourage you to find a doctor who will listen. There are, after all, plenty of doctors still out there who brush off legit medical issues only because they don't have the specialized knowledge to recognize what it really is. When you do find the right doctor for you and talk about these or similar symptoms, see what that person thinks about you bringing up sphincter of oddi dysfunction. Please just remember that you are in control of your medical treatment.

If you or others you know have gone through anything like this, I would love to hear from you so please leave a comment below!

Check out other helpful articles here: