The Dangers of Antibiotics

The Dangers of Antibiotics

Many of us at one time or another have taken antibiotics for an infection. The antibiotic is supposed to serve as a weapon of defense against a bacterial infection trying to attack.

Antibiotics have been heralded in the past for their abilities to cure illnesses that would otherwise cause serious health problems and even death. In the past two decades especially though, antibiotics have been over-prescribed and overused to the point where bacteria are now fighting back with a vengeance.

There are now infections that are running rampant with a resistance to nearly every antibiotic available.

Over-prescribing and Misuse of Antibiotics

The sad fact is, many doctors admit to prescribing antibiotics to patients because the patients themselves insist on it. We have become a society that "takes a pill" for everything, and if something is wrong we believe there should be medicine to cure it quickly.

The old days of "sweating it out" are considered archaic... now it's an antibiotic for every sniffle and cough. Most doctors agree that minor infections will clear on their own, but will often prescribe an antibiotic to a patient insisting on medicine... and the pharmaceutical companies certainly don't mind!

The doctors get kickbacks for writing the scripts, the patient's mind is put at ease, and the insurance money flows. However, along with that comes the reality that antibiotics are misused.

Many times people will stop taking the antibiotic once the symptoms disappear when they are supposed to take it all until it is gone. Otherwise the infection remains and grows stronger, which in turn leads to the treatment-resistant staph infections we are now getting overrun with. This, along with people taking antibiotics for illnesses not serious enough to require treatment has brought us to the point where they are significantly less effective when they are actually needed.

Do you feel that antibiotics are over-used? 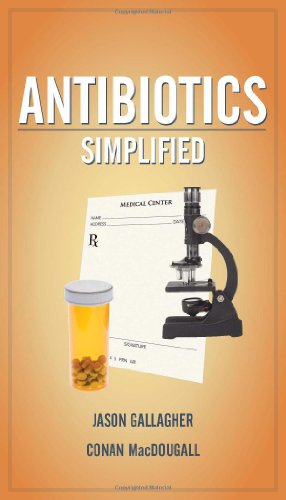 Are Antibiotics a Problem?

Do you feel that we have a problem with antibiotics?