The Patron Saint of Ireland

March 17 is St. Patrick’s Day. This is the day St. Patrick, the patron saint of Ireland, is believed to have died on March 17, around 460 A.D. His life is a mystery, though many of us are familiar with the story of how he banished all the snakes from Ireland. This of course is a myth.

Near the end of the fourth century, St. Patrick (a Britain) at the age of sixteen was taken prisoner by a group of Irish raiders who were attacking his family's estate. He was held captive for six years in Ireland. During this time as a prisoner, he worked as a shepherd. In his solitude, he turned to his religion for solace, becoming a devout Christian. Stories of St. Patrick suggested that he began to dream of converting the Irish people to Christianity during his captivity.

During the end of his captivity, St. Patrick claimed to hear the word of the lord in a dream, telling him it was time to leave Ireland.

In his escape, he walked nearly 200 miles from CountyMayo to the Irish coast. Once he was back in Britain, Patrick reported that he experienced a second revelation. This was an angel in a dream who tells him to return to Ireland as a missionary. Believing that he was called upon to teach Christianity, he began religious training. This training lasted more than fifteen years. After his ordination as a priest, St. Patrick was sent to Ireland to minister to the Christians and convert those who weren’t.

When St. Patrick came back to Ireland, there were only a small number of Christians. Most Irish practiced a type of pagan religion. The Irish culture centered on a rich tradition of oral legend and myth. St. Patrick wisely incorporated traditional ritual of the native Irish beliefs into his lessons of Christianity. He used bonfires to celebrate Easter since the Irish already did this to honor their gods with fire. He superimposed a sun, a powerful Irish symbol, onto the Christian cross to create what is now called a Celtic cross. He knew that this of the symbol would seem more natural to the Irish.

30 x 20 Stretched Canvas Poster Saint Patrick's Cathedral, Dublin, 1793
Saint Patrick is a limited edition fine art giclee print, which uses a specialized printer to deliver a fine stream of ink onto archival paper. It results in museum-quality art of incredibly vivid color, depth and resolution that captures the essence of the artist's intent. You're sure to find that perfect piece to matches your style and buget from this collection of fine art prints.
Buy Now

This is holiday that is not only celebrated in Ireland but in other parts of the world. In fact it is one national holiday’s that is celebrated in more countries around the world. It is the day when everyone wants to be Irish. We often dress up in green, drink green beer and eat corn beef with sour kraut in the celebration of this day.

November 1995, St. Patrick's Festival was established by the Government of Ireland. This is a six day celebration of the national holiday of which the Irish people are proud of. It sets out to reflect the talents and achievements of Irish people and showcases the many skills of the people of Ireland. St. Patrick's Day in Dublin, Ireland is bursting with high creative energy. No other places can beat this festive celebration. If you plan on going to Dublin of St. Patty’s make sure to visit the official site Patrick’s Festival.

Many of us join in the celebration with cards and gifts. The postcards shown on the right are from Sandyspider Gifts on Zazzle in the St. Patrick's Day and Vintage St. Patrick's Day product line. Zazzle has high quality gifts that can be customized for anyone's taste.

To top it off, if you are really for a challenge visit Do You Know the Truth About Leprechauns? and take the quiz. Sign the guestbook on how well you did.

Happy St. Patty's day and have a green beer on me!

Please be considerate and do not copy any of my pictures. They are all copyrighted and have a digital thumb print on file. Protected at My Free Copyright 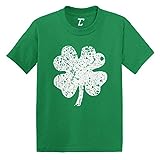