Dear Reader, allow me to pass along a few gentle — and perhaps life-saving — warnings to all of you unsuspecting would-be holiday revelers regarding Little-Known Santa No. 32:

First, if you should happen to be traveling this holiday season with several friends to a remote and rustic get-away cabin deep in the woods, please, I beg you, do not go about opening any creaking attic or basement doors alone, without first pocketing back-up batteries for your flashlight, and grabbing a handy pair of freshly sharpened pruning shears or a sizable butcher knife.

Next, if your Christmas itinerary should take you out onto a fog-shrouded moor, far from civilization, beneath a moonless sky and a deepening dusk snowfall, with a lone forlorn coyote call echoing in the distance, make sure your sedan has fix-a-flat, a sound electrical system, a spare canister of gas, and keep a stout tire iron within ready reach.

Even if all you have planned is a girl-gang sleepover consisting of hair streaking, pillow fights, nail painting, dishing on boyfriends present and past, microwave ‘smores, and catty texting, don’t forget to double-latch every window and door, and be sure the alarm system is working and that those late shift dweebs at the alarm company haven’t nodded off or inconveniently gone for coffee.

While you are sitting cross-legged, strumming on an acoustic guitar, and singing along to folky tunes with all your pals ringed round that crackling campfire pitched on the beach against the soothing susurrations of the foaming surf, remember to occasionally break from flirting to scan the surrounding dunes in a full 360, checking for any rabid intruders advancing.

For this Yuletide, Zombie Nick and his many moldering minions are sure to be out on the prowl. Now, formaldehyde-scented Father Christmas himself is rather easy to smell or spot: just look for the telltale yew-like tint of his lifeless epidermis, the blood-lust gleam in his squinting dead pupils, and the herky-jerky, slipping, staggering stride of his crumpled and decaying Kringle limbs. He is most often accompanied by a brace of rotting quadrupeds and a whole host of less-than-fresh little people in green shrouds.

It’s easy to understand how this creepy character has managed to return every December for the last 1500 years or more. He can never die, because he’s already dead!

So, if you want to guarantee a trouble-free visit this Christmas from That Moldy Old Elf, and insure that you get just what you’re asking for — and nothing you aren’t asking for, if you catch my drift — you will set out not a delicate china platter of warm homemade chocolate chip cookies accompanied by a steaming mug of marshmallow-topped cocoa, but instead a chilled pan of freshly butchered bloody beef brains with a sizable flask of room-temperature Type A Negative!

(Some speculate that Zombies originated in the tiny village of Zomba.) 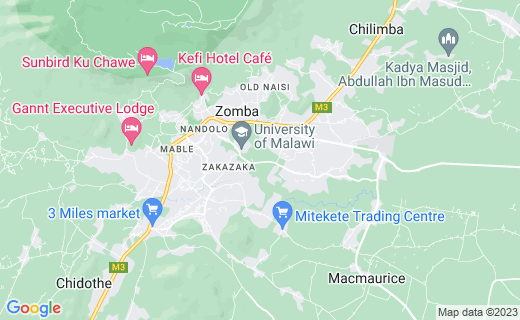