The Month Of Maia (MAY) 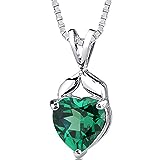 The Month Of May

The month of Maia

There are several stories told, about how this month was named. According to one of the stories, May was named for Maia, who was the Roman goddess of spring and growth. As another story tells it , May is short for majores, which is a Latin word that means "older men". And yet, others think that the Romans held May sacred to older men and that June was held sacred to the young men, or juniores.

In England, long ago, the people called the month of May Thrimilce. The meaning is "to milk three times". It was because this time of the year, there was much new grass. Which meant that cows had more to eat and in turn gave more milk. They then could be milked three times a day, instead of the usual twice a day.

The Birthstone for the month of May is Emerald.

Lily Of The Valley and Crataegus Monogyna are the month birth flowers.

Taurus (until may 20th) and Gemini (May 21 onwards) are the zodiac signs for the month.

Dancing Around A Maypole

School children dancing around the maypole on May bank holiday Monday at the Market Place in Wells, Somerset.

The first of May in many countries is known as, May Day. A day in which to welcome spring.

In Great Britain and the United States children sometimes, dance around a Maypole on this day.

The custom of dancing around a Maypole dates back to the ancient Romans. The Romans had a festival every spring, in honor of Flora, their goddess of flowers. The pine tree was considered sacred and they made it a part of the spring celebration. When England was conquered by the Romans, the pine tree became a Maypole.

In England, on May Day, the pole was set up on the village green and decorated with flowers and ribbons. The May Queen was picked and crowned with flowers. The people of the village then danced around the Maypole, They held onto the ends of ribbons that ran down from the top of the pole. They wove the brightly colored ribbons under and over and around the Maypole as they danced.

As time passed, some people in England thought that the merrymakers worshiped the Maypole. The Maypole was then forbidden by law, for awhile. But later it reappeared. To this very day, children still sing and dance around the Maypole on May Day.

In Japan May 5th is a double holiday. Children's Day, which has been a national holiday since 1948.

It is also Boy's Day, a festival which is hundreds of years old. On this day , families with sons raise up a bamboo pole in their yard or on the roof top. On the pole fly hollow cloth or paper streamers in the shape of a fish called a carp. The carp is a symbol of strength, courage and determination. The largest fish is at the top of the pole and it represents the oldest son. The shortest fish being the youngest son.

Some families display items that would remind boys of strength and of the past. Groups of tiny dolls may be on display, showing scenes and characters based on Japanese hero stories. They may also put on display armor, helmets and other equipment that was once used by family members.

Boy's often bathe in water which the sword shape leaves of the iris plant have been soaked. The leaves are another symbol of strength. For strength as well as good luck, boys eat rice which is wrapped in the iris leaves, bamboo and oak.

The Japanese government made this day, some years ago, a new national holiday called Children's Day to honor both boys and girls.

More than a hundred years ago, France started a war with Mexico. Two forts blocked the advance of some six thousand French troops, in the Mexican city of Pueblo. Two thousand Mexican soldiers manned the forts under the command of General Ignacio Zaragoza.

On May 5th, 1862, as the French soldiers attacked the two forts, cannons boomed and rifle shots rang out. Before the day was over, one of the forts was in ruins and more than a thousand French soldiers lay dead. The Mexicans had won the battle.

What was once the battlefield is now city park. There is a statue in the park, of General Zaragoza on horseback. Nearby is a war museum that was one of the forts that Zaragoza and his men defended.

A display of hundreds of toy soldiers is on display, set up to show what happened on that day. mexicans call the day Cinco de Mayo, which is Spanish for "fifth of May".

Cinco de Mayo is a national holiday in Mexico 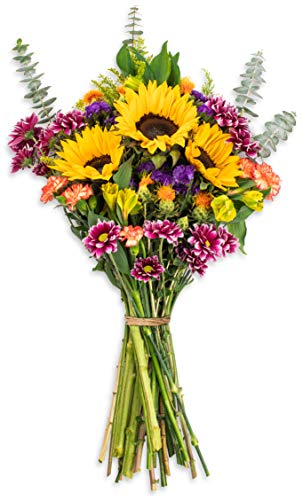 Mother's Day in the United States, Canada, and Australia is on second Sunday in May. It is a special day on which to honor Mother's.

This special day, came about through the efforts of one woman, Anna Jarvis. Mother's Day was first celebrated in 1908.

The special holiday of Mother's Day was first celebrated in 1908, came about through the efforts of one woman, Anna Jarvis.when she held a memorial for her mother in America. It was then that she began a campaign to make "Mother's Day" a recognized holiday in the United States. Although she was successful in 1914, By 1920 she was already disappointed with its commercialization. The holiday was later adopted by other countries and it is now celebrated all over the world.

For Mother's Day, children honor their Mother's by making greeting cards and gifts, or they will often times buy candy and flowers for her.

American's who died in war are honored on Memorial Day. Also known as Decoration Day.

This is because, the graves of the war dead are decorated with flowers and flags.

It is not certain just how or when this day came about.

The first national observance of Memorial Day was on May 30,1868.

It was Major General John A. Logan who named May 30 as a day to decorate the graves of Northern soldiers who died in the Civil War.

Memorial Day has since become a day to honor all Americans who died in the Civil War and wars that followed.

Red poppies grew on battlefields in France, so as a reminder , American veterans sold artificial poppies on May 30th to help the needy children of France and Belgium. Over time the sale of poppies helped needy veterans.

However, poppy Day is now a day in a Poppy Week. In which the week ends on the Saturday before Memorial Day.

Memorial Day is now observed on May 30th or the last Monday in May.

The month of Maia or May

The month of Maia