The Little Girl and the Frog

The little girl with long dark hair clutched her soft green stuffed frog tightly to her chest as she stared sadly out her bedroom window. This frog was the one her Grandma Mai had given her. She had a whole collection of them, frogs, and dragonflies. She had big ones and small ones, some stuffed ones and a few plastic ones from the Science & Hobby Store down the road. She loved the little frogs and the dragonflies with pastel colored wings because they reminded her of the ones that buzzed and hopped about by the pond behind the cottage. Most were gifts but a few of them she had saved for and bought herself. They used to sit happily on the window seat cushion and line the white painted shelves built into the lavender walls all over her room. Now they were all packed away in the dark inside cardboard boxes waiting patiently to see the sunshine again in their new home. Blinking back tears, the little girl looked around her now empty room one last time and then back outside at the large yellow moving van sitting in the driveway. She pressed the little frog closer; she had named him Croaker because that was the sound he made when you squeezed him. He was her favorite. Croaker had a light green body with darker green spots on his back, and yellow and black beaded eyes that always seemed real when she looked into them. He was the last thing she had received from her Grandma Mai before she died in the spring. Now everything was changing, Grandma Mai was gone, Mommy had sold the cottage they lived in, and they were moving to another town. She was leaving her best friend Jenny and her school. She wouldn’t get to see the baby tadpoles in the pond turn into little frogs. Grandma Mai had always taken her to see the tadpoles ever since she was a baby. She sniffled and thought of how much she missed Grandma Mai. She had been sick for a long time and now she was gone. Then last month Mommy had gotten a new job and now, they had to move. She didn’t want to move but she had no choice.

“Molly” her mother called her, “Hurry up Honey we have to go!” Molly didn’t answer she just kept looking out the window wishing she could stay here with Jenny and the tadpoles and live in the cottage like she had always done. She was leaving all her friends and her beautiful pond and everything she loved. She would never see her friends again. What would she do now that they had to move to the city? Who would she play with? Would they like frogs too? Most girls didn’t like frogs; they said, “They were yucky and gross.”

“Molly where are you?” Her mother walked into the room. “Hey, Honey I know you’re sad to leave, I am too. But, it’s just that this is a great opportunity for us. My job starts on Monday and we have a lot to do. So come on let’s go.” “ Mommy, what about Jenny?” said Molly, “Will I ever see her again? I won’t know anybody there.” “Sure you will Honey, we’ll come back to visit. It’s only a couple of hours away. You can call Jenny on the phone and if you like, we can visit on the weekend. Okay? Besides this is a good time to go, you have a whole month before summer ends. School doesn’t start until then and you will have six weeks to meet new friends before school starts in the fall. I think the neighbors at the new house even have a little girl around your age. Maybe the two of you can be friends.” “Okay.” Molly shrugged, “I don’t want a new friend. I bet she won’t like the same things anyway.” “Well you won’t know that until we get there.” Her mother bent down and gave her a big hug. Dropping Croaker her stuffed frog, Molly hugged her back. “It will be alright I promise. Come on now let’s go. Here take your bag and don’t forget Croaker,” her mother said handing them both to her.

They headed outside to the car when Molly said “Wait I need to do something first!” She raced behind the cottage and ran to the pond as fast as her legs could carry her. Molly couldn’t leave without saying goodbye to Buford the big green bullfrog that lived in the cool rippling water of her beloved pond. She gazed at the giant weeping willow on the far end of the pond as its branches hung down touching the water. Hanging onto one of the many other towering trees that shaded the pond she leaned over searching the waters’ edge looking for the big green bullfrog. When she finally saw him sitting on a lily pad all-chubby and puffed out about to croak she called out, “Goodbye Buford, I’m gonna miss you!” Startled the frog looked up and immediately took a mighty leap into the water leaving ripples behind as the only evidence he had been there. Grinning, Molly quickly turned and ran back to front of the cottage and hopped into the car. “Alright now I’m ready,” she said to her mother. “Okay, finally! What was that all about?” “Oh, I just wanted to say goodbye to Buford before we left.” “Oh I see.”

As the minutes passed Molly stared out the window of her mother’s car watching the trees and other cars fly by. The sun was high up overhead and it was a beautiful day for a long drive. The motion of the car had a soothing effect on her nerves, and she quickly fell asleep. “Wake up Honey, we’re here,” her mother said shaking her gently. “Come on let’s go inside and see what you think.” Molly blinked and rubbed her eyes. She looked at the new house for the first time; it was much bigger than the little cottage she had always lived in. It had a big backyard but no pond. In the yard next to theirs’ a blonde girl about her age played with a fuzzy little white dog. She threw a stick and he chased after it, running circles before returning the stick to the girl. Molly yawned and got out of the car. She paused to watch the movers carry boxes into the new house. Just then, the little dog stick in his mouth ran her way with the blonde girl shouting and chasing after him. Skidding to a halt in front of Molly the girl said, “Hi, I’m Clarissa,” and pointing to the dog now dancing circles around the two of them, “and this is Charlie. We live right here. What’s your name?” Molly was still feeling tired from her nap and out of sorts from moving, but she finally said, “I’m Molly. We just moved here.” “Yeah, cool. I was hoping someone my age would move here. Do you like to swim I have a pool and a tire swing in my backyard. You wanna see it?” Molly hesitated and looked at her mother. Molly’s mother was smiling at her and waving her hand to tell her to go with Clarissa. “Um, okay sure.” Molly reached back in the car, pulled out Croaker, and held him tightly. Clarissa looked at Croaker and exclaimed, “Do you like frogs too? I love frogs! They’re so cute. Hey, do you wanna see my baby tadpoles? We found them in pond at the park.” “Tadpoles! Cool, I love tadpoles. We had a whole bunch of them in the pond behind our old house.” “Neat! Let’s go.” Molly’s mother smiled and watched as the two girls raced off to look at the tadpoles in Clarissa’s room.

The Little Girl and the Frog by Daelyn H Appleton is licensed under a Creative Commons Attribution-NonCommercial-NoDerivs 3.0 Unported License. 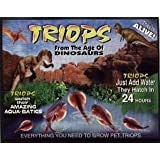