Barack Hussein Obama has a unique influence to the people of Indonesia. Admiration for the President of United State (USA) can be seen from the publication of two novels and a movie. Both novels and movie were created by Damien Dematra, Indonesian young writer of popular fiction. These popular fiction themes are about Barack Obama's childhood while living in the Jakarta capital city, Indonesia, from the years 1967-1971.

Novel and movie are designed as a welcome appreciation for Barack Obama's who planned visit to Indonesia in 2010. These publication are a part of appreciation activities "Celebrating Obama's Homecoming" which initiated by Damien Dematra. Unfortunately, Obama’s visit has delayed twice (March and June), and of course disappointed the homecoming initiator and Obama fans in Indonesia.

March 2010, they published novel Obama Anak Menteng (literally Obama, the Menteng Kid), but Obama delayed his March visit and forward to June 2010. Again, in June 2010 they launched second novel, Obama dari Asisi (Obama from Asisi), and a movie Obama Anak Menteng which based and same title with the first novel. How disappointing, Obama visit delayed for second times. Just a comment, might be The White House did not impress with those popular fiction.

This phenomenon is quite interesting and unique, why some Indonesian so interested in creating novel and movie for and about Obama? Obama attracted worldwide attention since he nominated for USA presidential candidates. Former Obama classmate and mass media in Indonesia were surprised by the fact that Obama spent a few years of his childhood in the capital Jakarta, Indonesia. His mother married an Indonesian Lolo Soetoro. From his stepfather, Obama's got half-sister Maya Soetoro.

Do you love Obama or hate him? Some Indonesian who love Obama made a statue for him as little boy with butterfly. But some protesting it and said it out of mind and did not respect Indonesian nationalism. Read more in Barack Obama Statue - Between Love and Hate in Indonesia. Enjoy the photos of the unique Obama statue there.

Obama's popularity has increased when he elected as the 44th President of the United States. His Indonesian elementary schoolmates organized a celebration for Obama. They also establish an organization “Friends of Obama” and built a statue of Obama as a young boy which was erected on December 10, 2009, coincidentally the same time with Obama receiving the Nobel Peace Prize. They name the statue "Barry Dream Comes True". Obama statue become controversial and protested by thousand people in Facebook, therefore the statue moved to Menteng Elementary School, where Obama ever studying there. 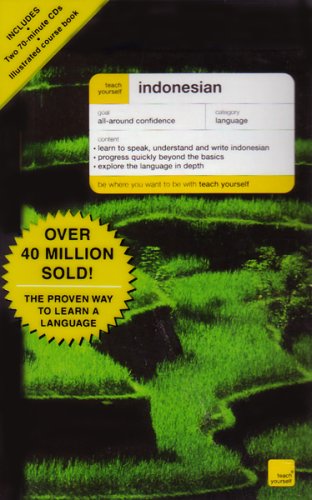 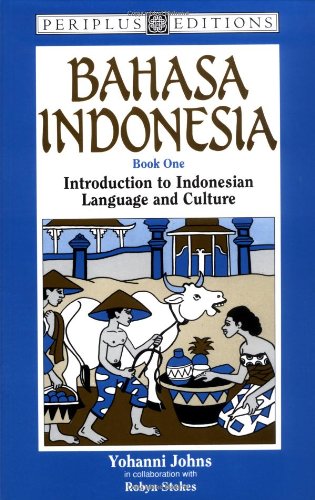 Barack Obama just settled in Jakarta for four years in 1967 to 1971. But why did this short period so interesting for some Indonesian? The answer is simple, modern media industry realizes that, as president of the USA, Obama's blood relations and its childhood in Indonesia can be commercialized into public consumption. Obama's Plan for visiting Indonesia in 2010 was encouraging the commercialization. The novel and the book is planned directly gave to Obama as gift and sign of friendship. This fact is at once unique and strange, but that's reality.

Two novels and movie were popular fiction and tend to be as kitsch. The author claimed it as a “historical novel”, but it seems as marketing strategy to increased book selling. These fiction are not a historical work in the term of good quality biographical writing process. It basic weakness is Barack Obama did not interviewed as central theme and figure in these fiction. The most reason why this works attracted public attention is because commercialized Barack Obama as popular fiction for kids.

Novel Obama the Menteng Kid claimed to be a bestseller in Indonesia, but did not explain the number of selling. Writing style and movie story clearly kitsch or popular style. Consumers seemed to have been able to detect that both novel and the movie is that popular fiction mediocre quality.

Novel Obama Anak Menteng (literally Obama, the Menteng Kid) was published in March 2010. This novel is a fictionalized account of the childhood of Barack Obama while living in the Menteng nighborhood of Central Jakarta, between the age of 6 and 10. Obama was staying in Indonesia since 1967 - 1971. The author interviewed 30 people prior to writing the novel --without interviewing Obama-- which he completed in just four days after one month of research. The novel was launched at Obama's former school, Menteng Elementary School, on 15 March 2010.

The novel was adapted into a movie with same title and release in July 2010. The script wrote by Damien Dematra and directed by Damien Demantra and John De Rantau. The movie produced by Multivision Plus, a famous producer of a popular love story television serial and romantic movie in Indonesia. There is nothing special about this movie. The story is about culture shock and adaptation of Obama with Indonesian culture.

In some parts, movie was verbally would like to emphasize relation of Indonesia and United State. For instant, at Obama house there are photo of John F Kennedy and Indonesia first president Soekarno. There are also picture of Mahatma Gandhi, and white and red flag (Indonesia flag) side by side with the Stars and Stripes (USA flag) in the door. The movie content nearly about verbal message and sometimes is not easy to understand by children.

The second novel is Obama dari Asisi (literally, Obama from Asisi) was officially released in 10 June 2010, at St. Francis of Assisi Primary School in Jakarta. Both novels has same theme, but Obama dari Asisi is centered on the US president’s years at the St Francis of Assisi Roman Catholic Elementary School, Jakarta. Novel Obama from Asisi Novel is planned to be movie and it would become the prequel of Obama the Menteng Kid. The release of the movie is expected to welcome president Obama on November 2010.

Indonesia for Obama - Is it Something Special?

There is nothing special about those novel and movie. It is just commercialization of Obama childhood in Indonesia. It seems that even public in Indonesia did not interesting a lot about it. USA embassy in Jakarta has received books and movie, but did not release any comment. But there is a question, is Indonesia really important for Obama personally? Is it really something meaningful relation about Obama with Indonesia? When Obama visiting Indonesia, he did not mention about this novel and movie. He prefer mention about food satay and meatball that he used to eat in Indonesia. Only Obama can answer, let he tell us someday. Let us wait..!

As for your information, Indonesia is fabulous tourist destination in South East Asia. If you know Bali, the heaven island, its just one of many fantastic tourism in Indonesia. Visiting Asia like Thailand will not perfect tourism without ended it in Bali, Lombok, Nias, and others. Welcome to the most beautiful country in Asia.

Do you know Obama has nickname Barry while he staying in Indonesia. His schoolmate made statue for him as little boy with butterfly. But some people hate it. Find out the story:

Indonesia is the largest country in Southeast Asia. There are many exotic and interesting place to visit. Here some suggestion for you. Have a nice vacation in Indonesia: