Nibiru the Destroyer a Limerick

There once was a cat named Nibiru, named after a planet no one could see,

It arrived in our solar system quite unexpectedly.

It was quite a shock,

To see such a big rock,

Appear in our skies so suddenly.

To see the Destroyer appear.

The Earth began to quake,

Its volcanoes to belch and shake.

The people of Earth were confused because their Leaders didn't tell them when Nibiru was near.

Their fate was now in God's hand,

And soon Darkness fell on the land.

As the Oceans and Seas rose with a howl,

The weather and mood grew quite foul.

Because most people knew, they hadn't a clue, the hand they played like an ostrich afraid was to bury their head in the sand.

The Leaders knew what was coming,

And so set about their tasks with secrecy and cunning.

For decades they knew when Nibiru would arrive,

So they dug Deep Underground Military Bases just so they could stay alive.

The truth of their fear was quite stunning because they couldn't forgive themselves for hiding and running.

Of course, the Leaders knew, if their secret ever got out,

The people would run riot and shout.

Because there is bliss in living in ignorance,

They endeavored to entertain them with due diligence.

A very few got wise with a clue, knowing their fate was sad but true but when they tried to get the word out, they were laughed at with ridicule and doubt.

The Debunkers cried it was poo, poo,

The few that trusted their hearts, knew ZetaTalk was just playing its part, pitied all those who would ridicule and mock.

Bold Nostadamus and Cayce of old,

Foretold of a future dark and cold.

When ZetaTalk turned out to be right,

Many were in a state of fright, in fear of their terrible plight.

The Leaders wanted to grow old, so they conspired to censor the truth, so bold and the Climate Change story they told.

The lesson to be learned here is self evident,

Listening to Leaders with good intent, is not always wise or prevalent.

They could have come forward many years ago,

To reveal the fate of our World with all and show what they know.

Then we could all have spent our days without living in a chemtrail haze and know that Gods love is what life meant. 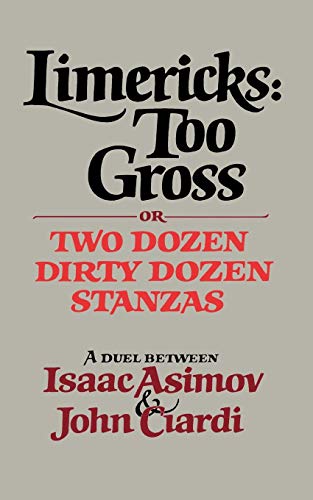 The Reason For My Limerick

This is my first attempt at a Limerick,

To keep it clean and to rhyme is no easy trick.

Another Hub Writer inspired me to write this,

But the comment he left, was a dis not a kiss.

Insult I did try to inflict, realizing too late that my revenge and hate only made my mind sick.

My Mother always told me, if you don't have anything nice to say,

Keeping your mouth shut is the proper way.

This lesson also applies to the written word,

And learning this over and over again, is I'm sure, quite absurd.

So the next time I feel the need to make like an ass and bray, I should just say thee nay and load my pie-hole up with hay.

I don't know why I let another's words bother me so much,

But letting go of my anger is like a crutch.

It never does any good to retaliate,

But having done it so much in the past, I think it must be fate.

I know one day I will learn and my other cheek I will turn, facing my fear in the clutch will teach me much to harness my anger and such.

After all I don't write to make everyone happy,

And I know my grammar can be quite crappy.

But it is my passion to write with a flair,

And sometimes my words come out quite true and fair.

So in the future when red is all I can see, I think I should go climb a tree or just take a nappy!

But hey once you get the hang of this rhyme stuff,

The verses don't seem all that tough.

So what started out as a learning experience,

Like MC Hammer, I know you can't touch this.

Please forgive my limericks, for I know that you only reap what you sow but try as I might, I see no end in sight, to know when enough is enough.

Because once I began to show it,

It became clear that I was born to be a poet and just didn't know it.

My mind has overflowed with pure joy,

Like a little boy with his favorite new toy.

A whole new Universe has opened up for me, when I do it, because there is no more anger and fear when I spew it.

So in the future when you disagree with me,

And have a need to leave a stinging commentary.

You should know the truth in my heart,

Is that I view your words like a loud, smelly fart.

And try as you might to damage and slight, we both know that your words are just show and your literary skills are really no match for me.